Rickie Fowler has posted a bogey-free 64 to hold a share of the lead after the first round at the 3M Open at TPC Twin Cities.

Fowler, Troy Merritt and Jhonatton Vegas were were tied at seven under when play was suspended on Thursday evening. After a two-plus-hour lightning delay, not all players were able to finish their first round before dark.

Fowler, searching for his first PGA Tour win since February 2019, started on the back nine and strung together three birdies around the turn at Nos. 18, 1 and 2, including a 29-foot birdie putt he converted on the first.

Though he wound up tying for 53rd last week at the Open Championship, Fowler posted a final-round 65 for some good momentum to take home to the States.

"Coming off Sunday at The Open, a lot of good stuff there, drove it a lot better," Fowler said. "That was something that was kind of holding me back from making birdies, moving forward last week. I drove it very poorly Friday and Saturday."

"It was not my driver's fault," he added, a playful jab at Bryson DeChambeau's squabble with his equipment manufacturer during The Open. "Had to." 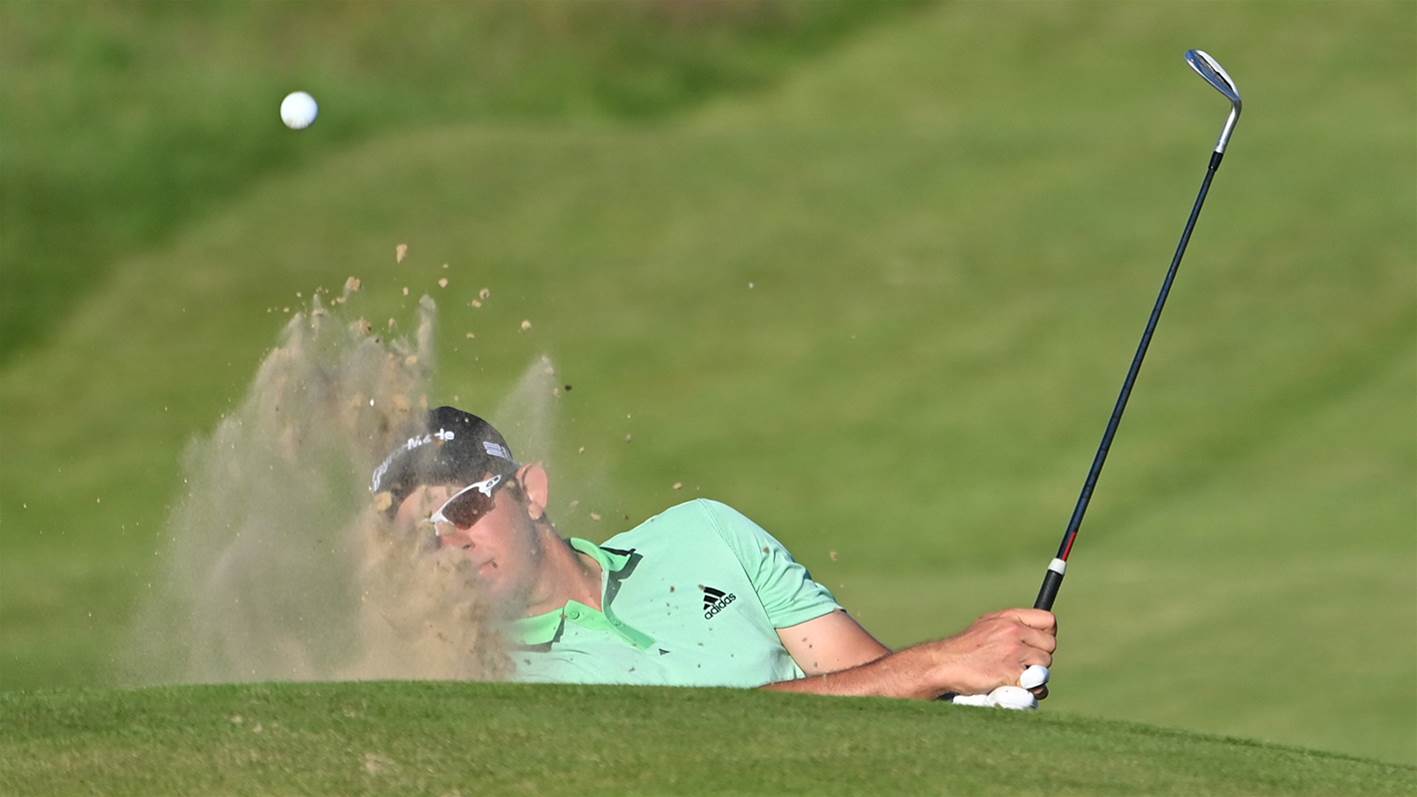 Fowler also knows his issues aren't just about winning tournaments. To qualify for the FedEx Cup playoffs, he needs to finish the regular season in the top 125 in points. He came to Minnesota in 124th place.

"I know where I'm at, what we need to do and stuff like that," Fowler said. "Really just focusing on things we've been working on, playing more consistent good golf.

"More days like today and things will be fine. Kind of keep things, like I said, simple and small, focus on the day to day and this week and go from there. Everything will work out."

Merritt poured in six of his eight birdies on the back nine to score a 30 coming in.

"Hit a lot of fairways, lot of greens, had a lot of good looks, a couple two-putt birdies on the back side," he said. "That's what you've got to do around this place, you've got to make a lot of birdies and try to avoid the little mistakes that aggravate you, and we were able to do that today for the most part."

Further down the leaderboard were South Africa's Louis Oosthuizen (three under, tied 21st) and Dustin Johnson (one under, tied 64th).

Lucas Herbert and Cameron Percy are the leading Australians, three and four shots respectively behind the leaders.

Percy had four birdies but a double bogey on the par-four ninth halted his progress.

Wolff keeps driver in the bag to lead in Mexico