The four groups are set for the European Tour’s inaugural GolfSixes tournament at Centurion Club in St Albans on Saturday and Sunday.

Sixteen national teams have been split into four groups of four, creating some exciting ties for fans to enjoy on the opening day of the revolutionary new short form of golf.

Ryder Cup stars Andy Sullivan and Chris Wood, of home nation and top seeds England, will face a Denmark side which includes World Cup of Golf winner Thorbjorn Olesen in Group A, alongside The Netherlands and India.

Second seeds Thailand come up against a Belgium side featuring another Ryder Cup player, Nicolas Colsaerts, in Group B, and will also face the challenge of Spain and Scotland.

And in the final group, fourth seeds South Africa face a France side including the most recent European Tour winner Alexander Levy – who sealed victory at the Volvo China Open on Sunday – as well as Sweden and Italy.

The Teams will play in a Greensomes format, where the teams select their best tee shot and then play alternate shot thereafter.

The top two teams from each group progress to the knockout stages – the quarter-finals, the semi-finals, a 3rd/4th place play-off match and the final – all of which will be contested on Sunday May 7. 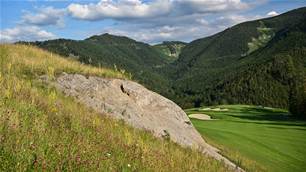