Europe's 10-6 overnight lead meant they needed just four and a half points from the 12 singles matches for a ninth win in the last 12 biennial contests, but Justin Thomas gave Jim Furyk's side an early boost with victory over Rory McIlroy in the opening match.

And when Webb Simpson beat Justin Rose 3&2 and Tony Finau thrashed the previously unbeaten Tommy Fleetwood 6&4, the gap was down to a single point and American hopes of a repeat of the comeback at Brookline in 1999 were very much alive.

However, Thorbjorn Olesen, who was left out of Saturday's action by fellow Dane and Europe captain Thomas Bjorn, then thrashed three-time major winner Jordan Spieth 5&4 and Rahm picked a perfect time to win his first match and leave Woods without a single point. 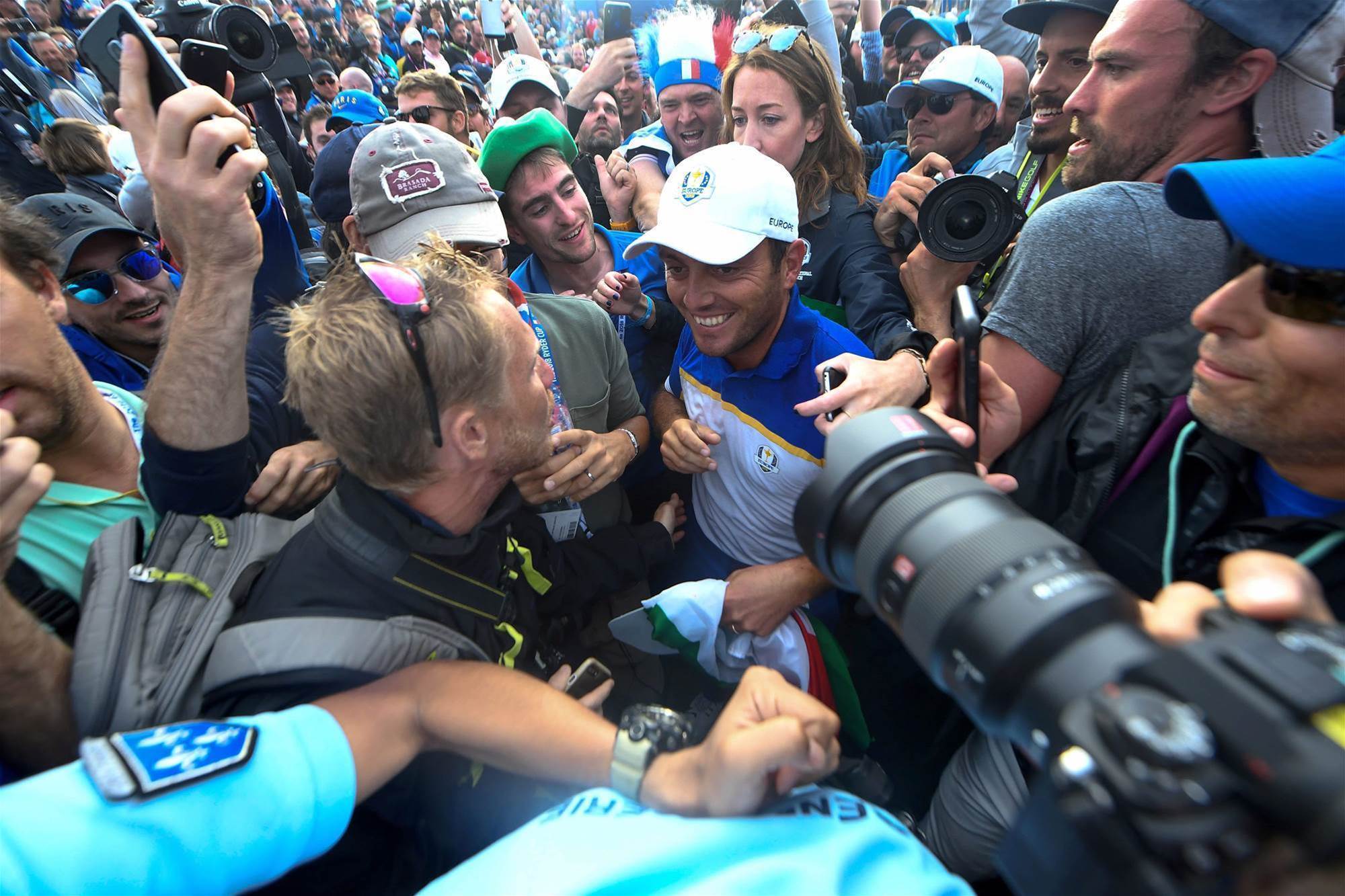 Two up with three to play, Rahm handed Woods a lifeline by three-putting the 16th, but then smashed a wonderful 356-yard drive down the 17th and hit his approach to three feet to set up a winning birdie.

"There is a lot going on for me right now," Rahm said. "The memory of Seve (Ballesteros) and my grandpa, who would have loved to be here, who passed away at the (US) PGA.

"To beat Tiger, one of the all-time greats, if not the greatest, on the Sunday, at a pivotal point, it is the best feeling of my life."

With several matches on the verge of finishing in Europe's favour it was just a case of who would secure the winning point and Ian Poulter took his side to the brink of victory by beating World No.1 Dustin Johnson on the 18th.

And fittingly it was Molinari who had the honour of officially securing the win, beating Phil Mickelson 4&2 when the American dumped his tee shot into the water on the 16th to suffer a record 22nd defeat in the contest.

"To beat Tiger, one of the all-time greats, if not the greatest, on the Sunday, at a pivotal point, it is the best feeling of my life." – Jon Rahm

Molinari becomes the first European player to compile a perfect 5-0 record in the contest, with American Larry Nelson the only other to do so in 1979.

Molinari, who became the first Italian to win a major championship in July's Open at Carnoustie, said: "It means so much, more than majors, more than anything. It's hard not to get emotional."

Bjorn added: "They have been amazing, the 12 of them, unbelievable. They were determined to set out and do the job themselves and for me it was an easy job to guide them in that direction."

US captain Jim Furyk admitted his team had lost to the better side.

"At the end of the day you have to tip your cap, they outplayed us this week and Thomas was the better captain," Furyk said.

"I love these 12 guys. It was an honour to serve as their captain." 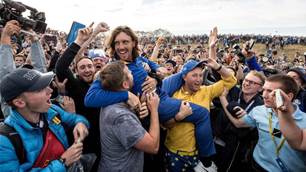 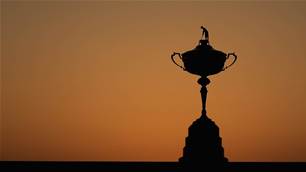 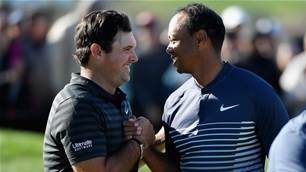