Tyrrell Hatton made history with his second straight Alfred Dunhill Links Championship victory, something never achieved before, but had to share some of the glory with Ross Fisher, who broke the Old Course record with a breath-taking 11-under-par 61.

Hatton had gone into the final round with a five-shot lead and played a faultless six-under-par 66 to win by three strokes from Fisher. His winning score of 24-under-par is the lowest ever in the Alfred Dunhill Links. So solid has his game been that he did not have a bogey over the last three rounds.

He said: “This was the first time I had ever defended a title or had the challenge of trying to do it. It felt like it was a lot harder today than it was last year. I'm so happy that I managed to get over the line.

“I didn't see a leaderboard on the back nine until the 16th green, when I saw Fish was at 21-under and I was thinking how well he was going today. It was an incredible round of golf, and he certainly did push me all the way.”

Hatton, who wins US$800,000, said: “I've got a new caddie on the bag at the moment, my good friend, Jonathan. He's done a great job since we started working together. I think having a friend on the bag is keeping me relaxed.”

Hatton had said before he teed off that to win at the Home of Golf once was incredible, but to do it twice would be ‘a dream come true’. Now the dream has become reality and moves him on to the next stage of his promising career. 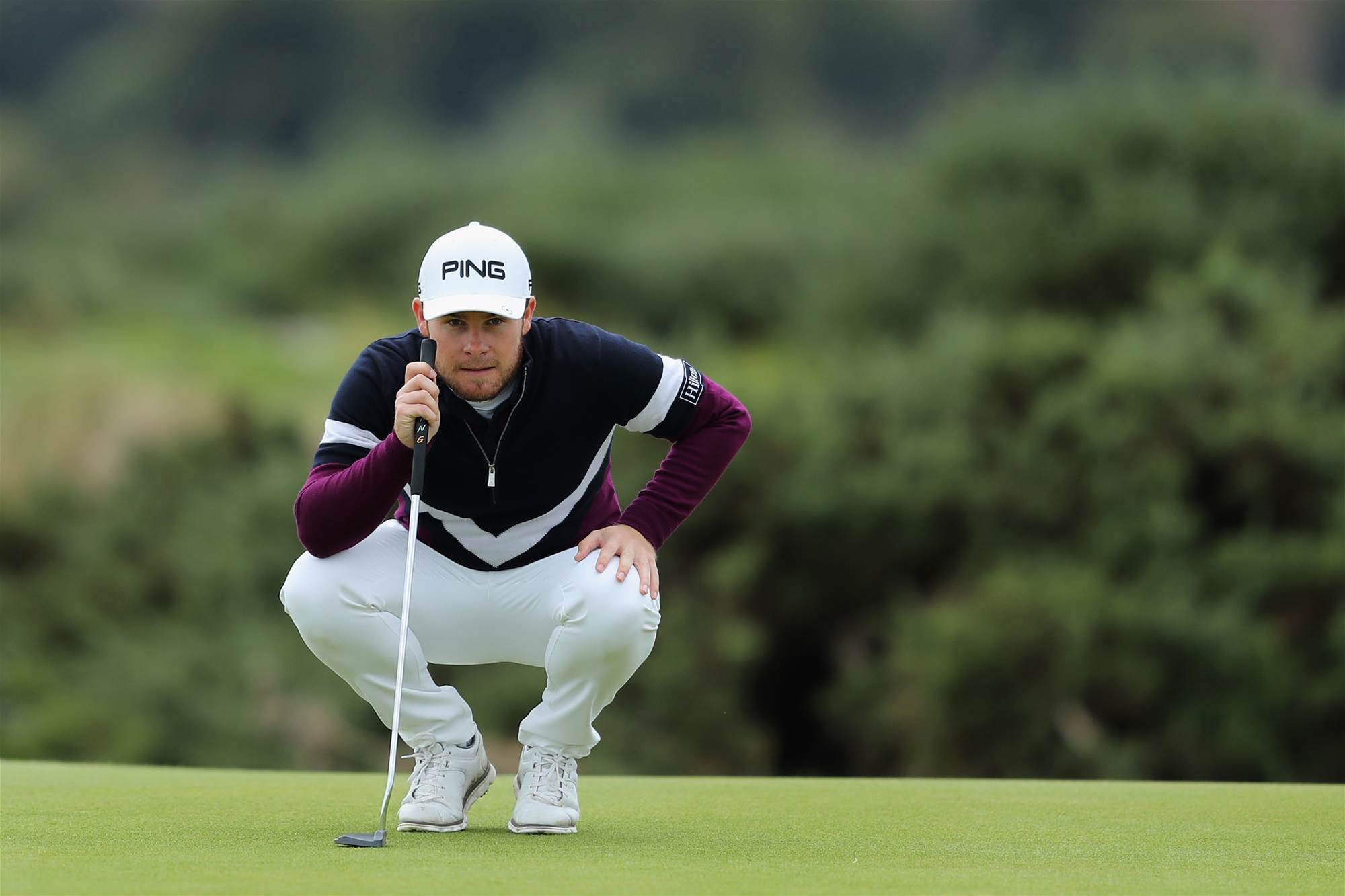 His amateur partner in the Team Championship, actor Jamie Dornan, said: “It was amazing to be in the last group again. Tyrrell has played phenomenal golf this week to get so far in front, and he’s just fearless on the course.

“His composure is a big factor. As much as he can get down on himself he must also have some inner calmness to keep playing as well as this. We certainly make each other laugh at times, which keeps things relaxed.”

One pairing ahead of him, Ross Fisher was producing one of the greatest rounds ever seen on the Old Course. For a few moments it looked as if he might even have a chance for the first ever 59 on the European Tour, but pars at the 16th and 17th ended that possibility. It could easily have been a 60, but he missed a four-foot birdie putt on the 18th. 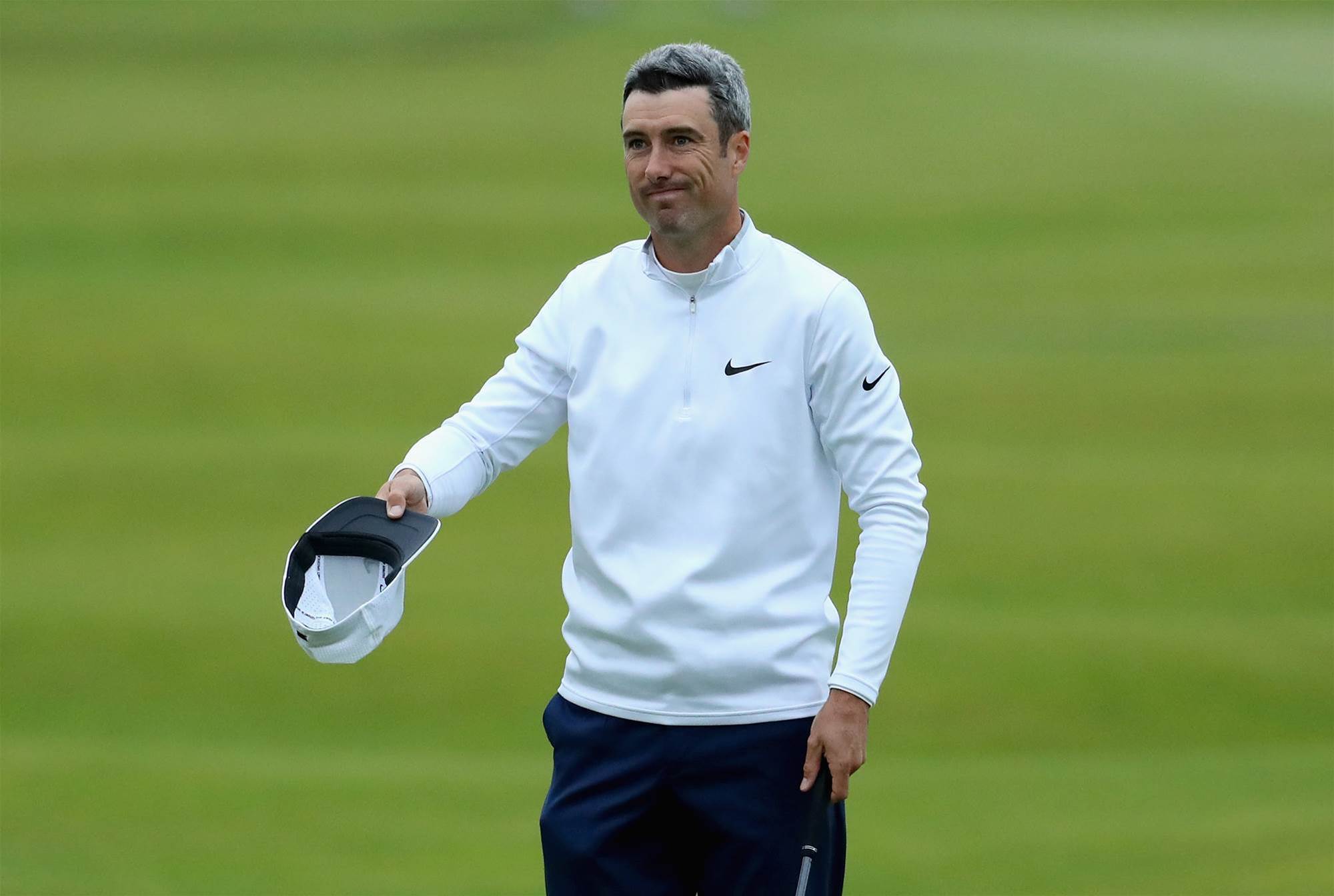 Ross Fisher broke the scoring record at the Old Course with an 11-under, 61. PHOTO: Warren Little/Getty Images.

Fisher said: “I felt like there was a good one in me today because there wasn't much breeze. But you still have to hit the shots. It was a shame not to birdie the last, but I'm not going to complain too much with a 61.

“Unfortunately Tyrrell was too far ahead, but I managed to give him a little bit to think about coming down the stretch. But hats off to him. To win your first tournament here at the Home of Golf is fantastic, but to back it up and successfully defend around these three courses is pretty unique and very, very special.”

France’s Victor Dubuisson finished third on 17-under-par with a 63 on a day of very low scoring. Marc Warren was the leading Scot, tied fourth on 14-under after a 66.

Rory McIlroy, many people’s pre-tournament favourite, was one of the few players not to break par. His 72 left him on four-under-par for the Championship. He said: “I think my last round of 2017 summed up all of 2017. Not much happening, good or bad. Just sort of stuck in neutral. It hasn't been the year I wanted on the golf course.”

The Alfred Dunhill Links Championship, conceived as a celebration of links golf, is played over three of the world’s best known and respected links courses - the Old Course at St Andrews, Carnoustie and Kingsbarns.

The Championship incorporates two separate competitions - an individual professional tournament for the world's leading golfers and a team event in which the professionals are paired with some of the most celebrated amateur golfers. Irish amateur Keiran  McManus created a new record with his third victory.

Playing with former Ryder Cup star Jamie Donaldson, they had a stunning 16-under-par final round team score of 56. The Irish stud farm owner had previously won in 2009 and 2014, putting him level with his father JP McManus, who won with Padraig Harrington in both 2002 and 2006.
“My Dad is delighted for me,” said Kieran afterwards. “It’s absolutely brilliant to win the Team Championship for a third time. I never thought I’d win it again, but Jamie played out of his skin today.”

Donaldson, who pocketed a cheque for 50,000 US dollars, had nine birdies and an 18th hole eagle on his card for a 72 hole score of 40-under-par, winning by three from Robert Rock and Westlife singer Brian McFadden, Victor Dubuisson and Shantanu Narayen, who had a hole-in-one in round three, and Yikeun Chang and Erwee Botha. Shane Warne qualified for the final round for the first time in 11 attempts. PHOTO: Richard Heathcote/Getty Images.

Australian cricket legend Shane Warne and his New Zealand professional partner Ryan Fox were among three more teams a further stroke back on 36-under.

McFadden said: “We couldn’t have done anymore. We shot 58 today, 14 under par. Hopefully next year we’ll be back playing in the tournament again."

Warne was delighted to qualify for the final round of the team competition for the first time at the 11th attempt, while actor Jamie Dornan again experienced the thrill of playing the Old Course’s iconic 18th hole in the final group alongside professional partner Tyrrell Hatton.

Dornan was also Hatton’s amateur partner in 2016 and said: “At least this time I was a little bit more prepared for playing the 18th in the last group and in front of that sort of crowd. Tyrrell’s golf this week has been simply amazing.” 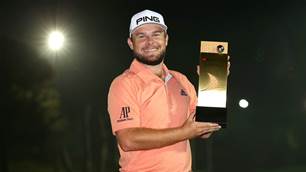 Irish Open postponed due to coronavirus