Sweden’s Alex Noren has confirmed his status as one of the most improved players in the world in 2016 by winning the British Masters – his third European Tour title in just his last nine starts.

Noren carded a final round 69 at The Grove in England to finish 18 under, two strokes clear of Austrian Bernd Wiesberger, with local favourite Lee Westwood a further shot back.

It has been a remarkable turnaround in form for Noren during the past four months. In June, having missed the cut at the US Open, Noren was ranked No.103 in the world ranking. This victory will now see him burst into the top-20 of the ranking for the first time in his career.

“It's an amazing feeling. Honestly I never thought this would happen,” said Noren of his winning form since June, which has also seen him win the Scottish Open and European Masters in Switzerland.

The 34-year-old said he certainly didn’t think he would win three times in a season at the start of the year but his hard work on his game has him now believing he can win a lot more.

“I didn't see that (three wins). I'll never believe in myself that much to believe it; but it's amazing to be here now,” Noren said. “I believe in myself, but the big thing is like you don't have to play a perfect game. You just have to be a few parts of your game need to be strong to get a win. My putting was probably the best thing this week. I holed a lot of putts. My chipping and wedge game was a lot better, so it helped me out. Maybe the driving wasn't the best but I didn't lose that much ground on it.”

Having struggled on Tour for many years, Noren is now enjoying the fruits of his labour but he’s not letting his success get ahead of him because he know form can be fleeting.

“Well, I try to stay humble,” said Noren when reminded he had emulated Rory McIlroy’s three-win record last season before he went on to win the Race to Dubai.

“I know golf is a tough game. I take any win. A win is great but I'm humble like that. I don't see much, looking too much ahead, no.”

Starting the final round with a three-shot lead, Noren made the perfect start to his day, grabbing birdies at the 1st and 2nd holes to move to 18 under.

However, dropped shots at the 8th and 11th holes saw his lead cut to one shot with Wiesberger threatening.

Wiesberger grabbed a share of the lead when he rolled in a 12-foot birdie putt at the long 15th to move to 16 under. But the share Noren replied almost immediately with a birdie of his own at the 15th hole, which moved him back to 17 under.

Having successfully negotiated the 16th and 17th holes in par, Noren stiffed his approach at the final hole to leave a tap-in birdie and the title – his seventh on the European Tour – was his.

Noren collected more than €550,000 for the victory and has assured himself a start at the US Masters next April.

It was a disappointing tournament for the Australian contingent of Richard Green, Brett Rumford, Nathan Holman and Andrew Dodt, who all missed the cut. 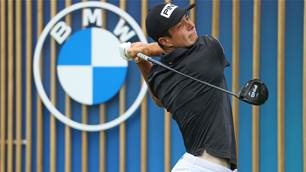 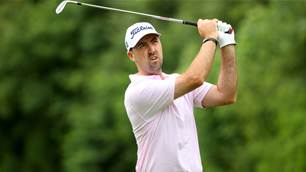