Ireland's Shane Lowry has recovered from a sluggish start to remain the man to beat at the halfway stage of the Abu Dhabi Championship, while Australians Lucas Herbert and Jason Scrivener remain in the mix.

After matching the course record with a splendid 62 on the opening day, Lowry lost the lead with two bogeys in his opening three holes as he was made to pay for poor shot selection.

However, the three-time European Tour winner soon rediscovered his groove to roll in four birdies as he finished with a two-under-par 70 and a one-shot advantage at the top of the leaderboard on Thursday.

“I knew today was going to be a bit of a weird day after shooting such a low score yesterday.

“Some of the shots early on were pretty horrendous. I battled back and hit some really nice shots out there and hit some in close and made some birdies.” 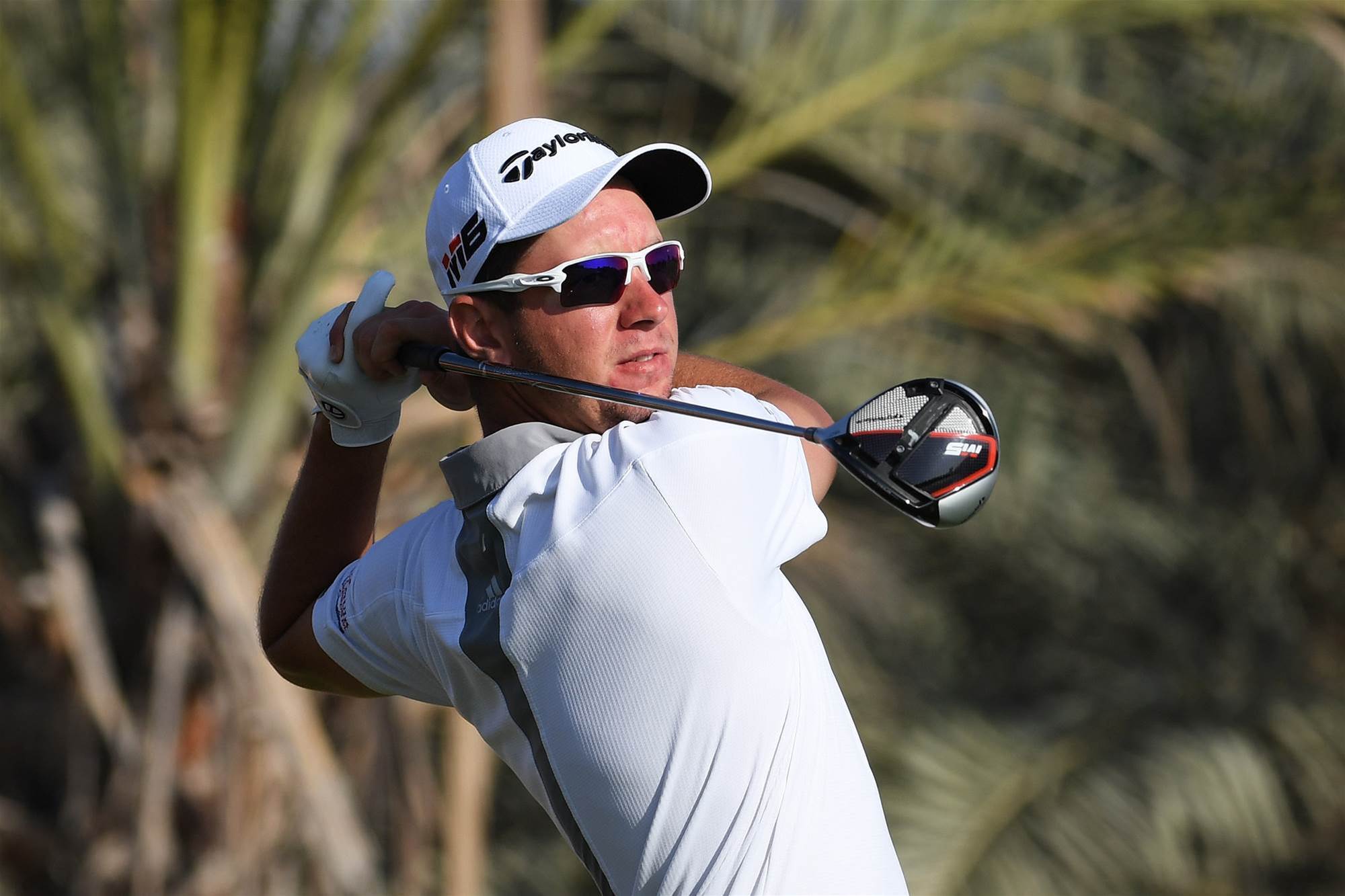 Lowry missed a six-foot birdie opportunity on his final hole but finished his round 12-under overall, a shot ahead of South Africa’s Louis Oosthuizen and Richard Sterne heading into Friday's third round.

The best-placed Australian Herbert nailed eight birdies in a second round seven-under-par 65 to be four shots off the pace in equal ninth overall.

Scrivener also carded 65 off eight birdies to put himself one shot back from Herbert in equal 13th.

Further down the leaderboard Scott Hend shot a four-under-par 68 and Sam Brazel carded a three-under-par 69 for both Australians to be seven shots off the lead in equal 32nd.

Wade Ormsby missed the cut despite shooting par in his second round and youngster Min Woo Lee also fell short with four bogeys resulting in a one-over 73.

World No.2 Brooks Koepka is five off the pace after a scrappy 70 which included a closing bogey, while his compatriot Dustin Johnson is three further back after a 71.