Lee Westwood bagged five birdies on his back nine to storm to victory in the Nedbank Golf Challenge at the Gary Player Country Club on Sunday, his first title on the European Tour for four years.

Westwood carded a faultless 64 that included an eagle and six birdies for a tournament total of 15-under par, three shots ahead of overnight leader Sergio Garcia.

The Spaniard, who had led from the first round into Sunday, could manage only a 70 as his two-shot overnight advantage was swallowed up by a magnificent finish from Westwood.

West Australian Jason Scrivener, who had been tied 14th after Saturday, finished in joint 16th place on two under with compatriot Wade Ormsby, who carded a fine final-round 67.

Englishman Westwood secured a 24th European Tour title, the eighth most of all time, and a third at the Nedbank Golf Challenge after previous wins in 2010, when he was ranked the No.1 golfer in the world, and 2011.

"I'm a bit emotional," a tearful Westwood told reporters. "You are never sure if you can do it again. And I needed to. 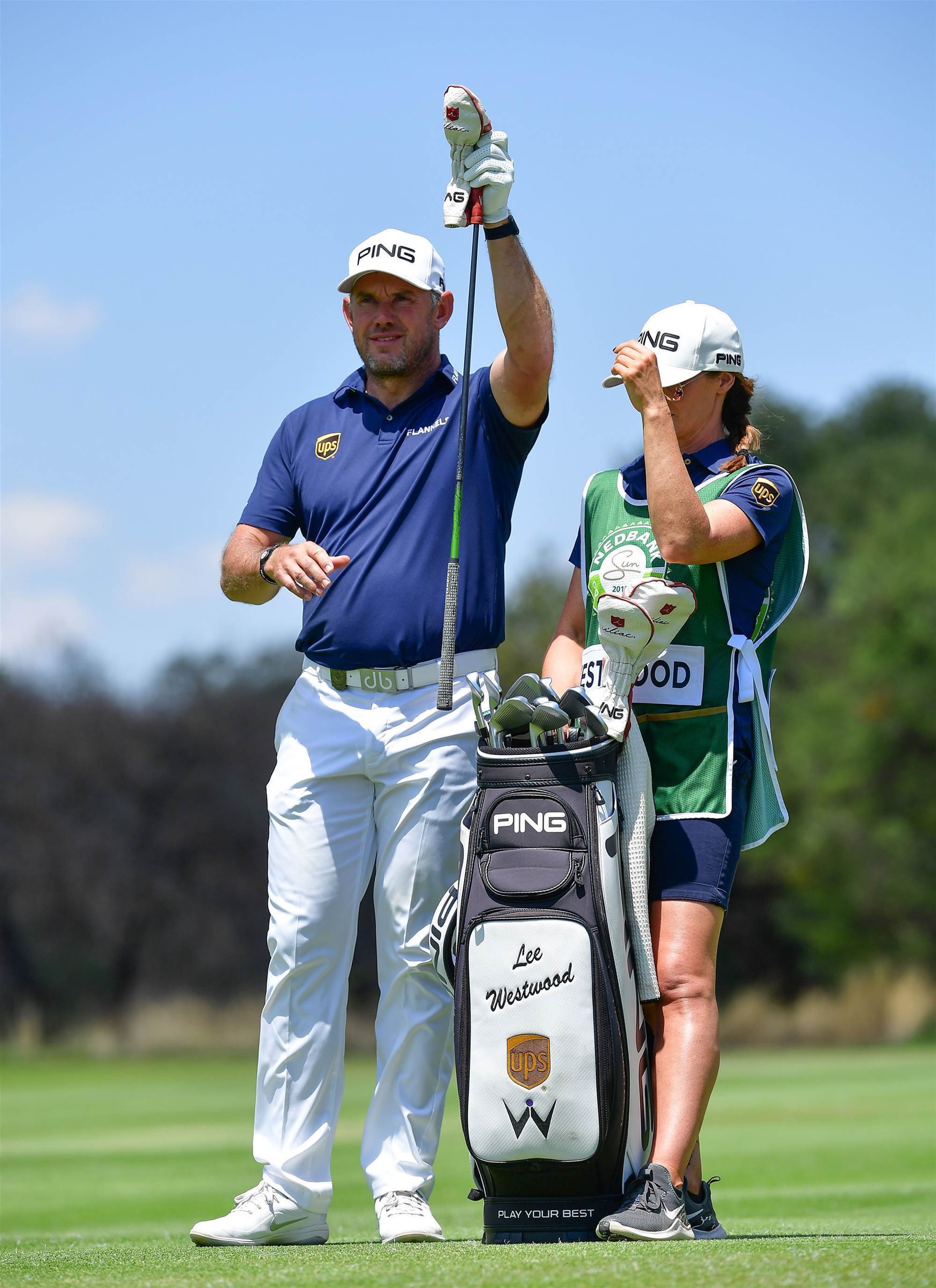 "I'm getting old, I did one for the old men today. You reach 45 and don't know what to expect. But I've always felt comfortable playing this golf course. This one is very special."

RIGHT: Westwood had his girlfriend, Helen Storey, on the bag for the week at Sun City. PHOTO: /Getty Images.

Westwood, who took home a first prize of US$1.25 million (AU$1.73 million), had girlfriend Helen Storey carrying his bag during the tournament after giving long-time caddy Billy Foster the week off.

"She's caddied for me three times this year and I've lost in a play-off and won, so maybe I have a decision to make," he joked.

The latter proved Westwood's biggest challenger through the round until three dropped shots over the last four holes saw him fade from contention.

An eagle on the par-5 2nd hole drew Westwood level with Garcia, who had bogeyed the first, early in the round.

But it was five birdies in seven holes between the 11th and 17th that saw him sprint away from his rivals.