Moving on from a devastating summer of losing his child, Colombian Camilo Villegas made a 10-foot birdie putt on his final hole Thursday for a six-under 64 and a share of the lead with Matt Wallace in The RSM Classic.

Villegas and Englishman Wallace each finished on the Seaside course at Sea Island with big putts. Villegas capped off a bogey-free round on the 9th hole for his lowest score on the PGA Tour in four years while Wallace hit into a hazard on the 18th and saved par with a 30-foot putt.

They were a shot ahead of eight players, a group that included Sea Island resident Patton Kizzire (67) and Robert Streb, who won his only PGA Tour title at Sea Island five years ago.

Aaron Baddeley and Rhein Gibson are the pick of the Australians after shooting four-under 68s to be in a tie for 11th.

Webb Simpson, at No.6 the highest-ranked player in the field, had a 68.

Villegas was trying to return from a shoulder injury that kept him out all of 2019 when he and his wife learned early this year their two-year-old daughter, Mia, had tumours developing on her brain and spine. She was going through chemotherapy when she died in July.

He's trying to move on and hang on to memories, and he had one immediately while warming up with his brother, Manny, working as his caddie.

"Got on the range and see a little rainbow out there. I start thinking about Mia and said, 'Hey, let's have a good one.' Nice to have Manny on the bag and yes, it was a good ball-striking round, it was a great putting round. I was pretty free all day."

38-year-old Villegas is a four-time winner on the PGA Tour but missed the cut in three of his five events of the new PGA Tour season, which began a little more than a month after his daughter died.

"It's not about forgetting because you never forget your daughter. It's about being in the moment, being in the now and this is my now. It's not with her, but it is with her at the same time." 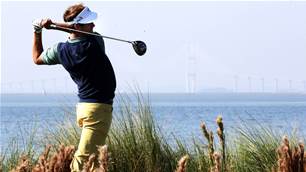 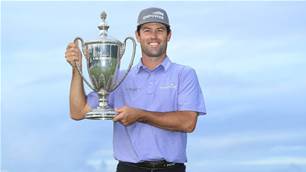