Nearly one year before the event returns to The Royal Melbourne Golf Club on December 9 – 15, 2019, Els launched the new logo with a goal to give the team a more unified focus while also allowing members from different countries to have the flags of their home countries represented.

Els felt that the United States Team can easily point to their flag and the pride that goes along with playing for their country. With the International Team representing countries from across the globe, he looked to create a logo that brought his players together while also including individual countries at the same time.

“It’s a special group of guys from all over the world that make up the Presidents Cup International Team,” Els said. “Being from across the globe, we don’t all play for the same flag. This special group of people needed something to identify with. To lift the spirit of the team, we felt like we needed a logo for ourselves.”

The new logo for the International Team can stand on its own or include individual flags from home countries. PHOTO: Supplied.

Els looked to friends from the military for inspiration for the logo which as pictured can stand on its own or include individual flags from home countries. See video comments from Els here.

“For me, to have my country represented as a part of something that's bigger than all the countries put together, it's very special,” said Lahiri, who is a two-time member of the International Team.

“You do represent your country even though you're an International first that week, and I think it's also going to bring the people of these countries together. I think the people in India are going to see the Indian flag and gravitate towards it.

“People from Mexico and Australia and Canada, even though they know they're Internationals, when they see the flag, you know, there's a different kind of passion that you attach to it and I think that's going to be added to what's already there.”

“This special group of people needed something to identify with. To lift the spirit of the team, we felt like we needed a logo for ourselves.” – Ernie Els

“To have this logo to bond us together and still represent our countries and our flags, is something we can all be a part of and all get behind,” Els added. “The players here tonight represent the future of this team with traditional countries like Australia and Korea mixed together with some new, emerging countries where golf is growing like Mexico, Thailand, India and China.”

The return to Melbourne, Australia, will mark the third time in the biennial event’s 25-year history it has been held at the renowned Sandbelt course, as the event was previously held in Melbourne in 1998 and 2011 at The Royal Melbourne Golf Club.

In 2011, Fred Couples led the U.S. Team to a 19-15 win over Greg Norman and the Internationals. The 1998 event was also held in December, a date that traditionally works well with other golf tournaments held in the country. 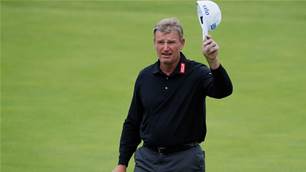 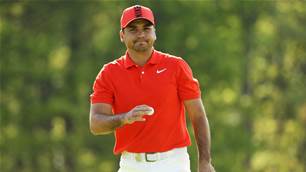 Day primed to step up at Presidents Cup