After almost two years of frustration Australia’s best amateur golfers will return to elite representative competition at the Asia-Pacific Amateur Championship and the Women’s Amateur Asia-Pacific Championship in the United Arab Emirates next month.

Twelve of Australia’s best players have been named for the championships in Dubai and Abu Dhabi, which carry the lure of invitations to play in 2022 golf majors for the winners – the Masters at Augusta National and the Open Championship at St Andrews for the men, and the AIG Women’s Open and the Evian Championship for the women.

Both of these events were cancelled in 2020 because of the Covid-19 pandemic and travel restrictions, along with the World Amateur Teams Championship and various international tournaments, but the highly-rated Asia-Pacific championships are back on the calendar this year.

“This represents an opportunity to compete when there hasn’t been much elite competition for these players because of the pandemic and the restrictions on travel,” said Brad James, General Manager High Performance for Golf Australia today.

“With those places in the professional majors on the line as well, I think that’s the reason why the players have been willing to make the sacrifices they are going to make by committing to coming home through quarantine.” U.S. college star Maddison Hinson-Tolchard from Perth could be the stand-out in the Australian women’s team.

Hinson-Tolchard, 19, has made an outstanding start to her college career at Oklahoma State University after winning the Australian Junior Amateur and the Victorian Junior in 2018. She helped Oklahoma to the NCAA championship game this year.

Australia’s top-ranked female amateur, Perth’s Kirsten Rudgeley, is in the team for Abu Dhabi but is expected to withdraw because of the inability to guarantee a flight back to Australia, and the same applies to recent Keperra Bowl winner Cassie Porter of Queensland.

The 2019 US Mid Amateur champion Lukas Michel from Metropolitan Golf Club in Melbourne is in the men’s field, looking for another trip to the Masters at Augusta National to go with the spot he earned in 2020 as the Mid-Amateur champion. Michel, who will be the veteran of this team at 27, missed the cut at the Masters, shooting 76-74.

James said the Asia-Pacific championships presented some of the best amateur golf in the world for the Australians to play in.

“There’s no stand-outs necessarily,” he said. “They’ll all have a good chance and it’s potentially the best amateur event that they can play in, with the carrots that are attached to it and the experience that they can extract.”

The Women’s Amateur Asia-Pacific Championship has been developed by The R&A and the Asia-Pacific Golf Confederation to unearth emerging talent and provide a pathway for Asia’s elite female amateurs to the international stage.

The winner earns invitations to play in two major championships – the AIG Women’s Open and The Amundi Evian Championship, as well as an exemption for the Augusta National Women’s Amateur.

It runs from 10-13 November at Abu Dhabi Golf Club.

The men’s Asia-Pacific Championship is from 3-6 November at Dubai Creek Golf and Yacht Club. Past winners include Japan’s Hideki Matsuyama (twice), and Australians Curtis Luck (2016) and Anthony Murdaca (2014). 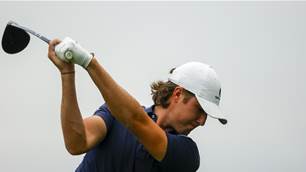 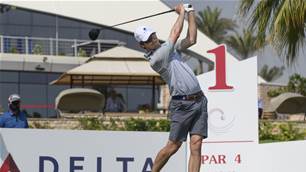