Ireland’s Aine Donegan eliminated Ragnhildur Kristinsdóttir, the leading qualifier, on her way through to the last-32 in The 118th Women’s Amateur Championship at Kilmarnock (Barassie).

Donegan had advanced to the match play stage as the 64th and last qualifier on a card countback and was drawn to go head-to-head with the Icelander in the first encounter out on the course this morning.

Hitting her opening tee shot out of bounds, Donegan was a hole down early in the match. However, on the back nine, the momentum shifted back in favour of the Lahinch golfer who won the 11th, 12th and 13th holes on her way to recording an impressive 4&3 victory.

She will now meet Scotland’s Shannon McWilliam who also reached the next round with a 4&3 victory over Jordan Ryan of Wales.

“I am feeling good now, much better than how I felt yesterday after seeing my name 64th. Although I was delighted to see that as well because there was a lot of refreshing of Google to see if I got that last spot and thankfully, I did," Donegan said.

“I really like match play and I feel like no matter how bad you play one hole it doesn’t really matter. On the 1st, I hit it (tee shot) way right and lost my ball and I had to hit a provisional. I lost the 1st but thankfully kept the driver in the bag for the rest of the round, hit the 5 wood and tried to keep the ball in play and luckily it worked out and I’m delighted with how it went.

“I made a good halve on the 8th and won the 9th, then it kind of switched and I started to put a bit of pressure on. I was first on the tee and birdied 11 and I ended up parring 12, but I had two putts from five feet to win the hole so, 11 and 12 won them, and I won 13 as well. I won three in a row which really helped and I think that was the turning point.

“I am feeling good now, much better than how I felt yesterday after seeing my name 64th. Although I was delighted to see that as well because there was a lot of refreshing of Google to see if I got that last spot and thankfully, I did." – Aine Donegan

“The top qualifier is under all the pressure and everyone expects them to go on and win or get quite far. I spoke to my coach last night on the phone and he said just go out and play, don’t let your mind go racing, just stay calm and comfortable, and thankfully I did that, so I’m delighted now.’’

Tomorrow, she will meet Ireland’s Rebekah Gardner who recorded a convincing 5&4 win over Mia Eales-Smith of England.

Scotland’s Hazel MacGarvie, who is a member at Royal Troon along the road from Barassie, made short work of her match against Katie Warren. She advanced past the Englishwoman with a 6&5 victory.

Hannah Darling, who led stroke play qualifying after the first round, got off to a slow start in her match against fellow Scot Luisa Gibson. Darling was two down after Gibson won the first two holes with back-to-back birdies.

Darling recovered with a birdie at the third hole and a par at the fourth to tie the match before going on to win 3&2.

She will play another Scot, Rachel Foster who progressed past England’s Shannon O’Dwyer by winning 3&2 today.

For all the first round of match play results please visit randa.org.

For the second round match play draw please visit randa.org.

The 36 hole final round on Saturday will be live broadcast on The R&A’s YouTube and Facebook accounts as well as on randa.org. 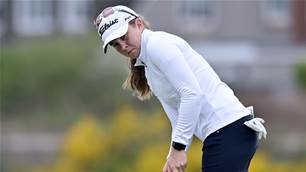 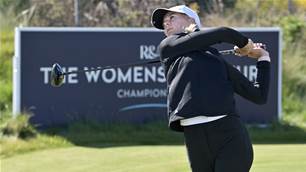 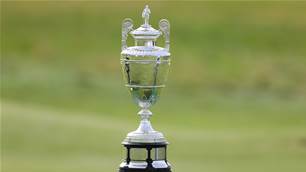