Jason Day admits he is hungry to return to golf's spotlight after taking a back seat to a vintage Tiger Woods on day one at the Tour Championship.

Day went unnoticed during a solid two-under-par 68 at the PGA Tour's season finale, which left the Australian three shots back of co-leaders Woods and Rickie Fowler (65) at five under.

Gary Woodland (66) is third at four under.

Woods sent the Atlanta crowds wild when he reached the par-5 18th in two shots at East Lake Golf Club before draining a 27-foot eagle putt.

"I heard the roar from the 7th tee," Day told AAP.

Day entered the final event of the US$67 million FedEx Cup playoffs series with little fanfare due to a lacklustre past few months.

The former World No.1 kicked off his year with two early US Tour victories but has had just one top-10 result since May. 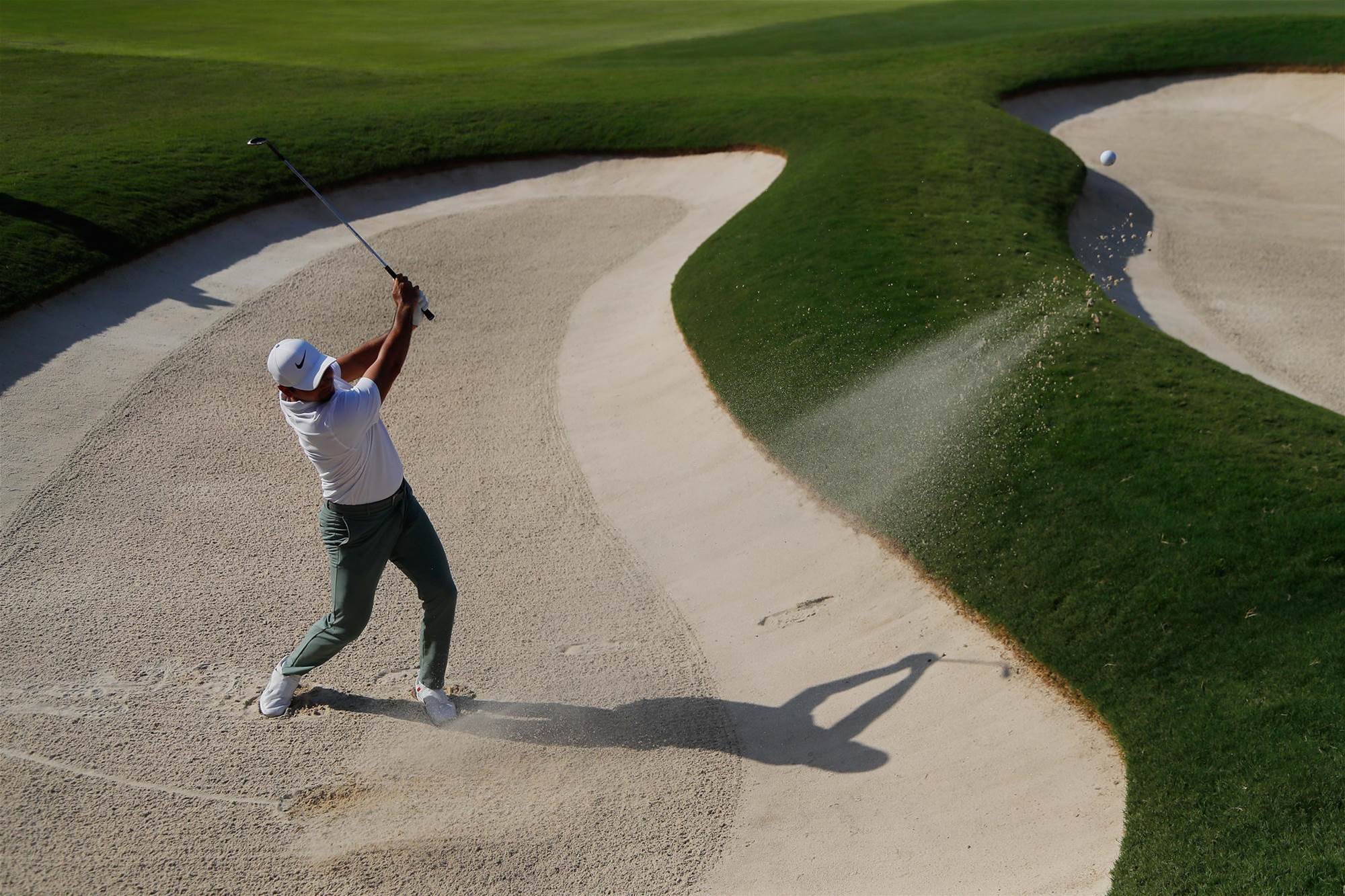 Day plays the 18th hole during the first round of the 2018 Tour Championship. PHOTO: Kevin C. Cox/Getty Images.

Although it affords the Queenslander less pressure as he attempts an unlikely shot at the US$10 million FedEx Cup title this week, it's not a position he enjoys.

"It's kind of nice to be able to fly under the radar but I don't want to. I'd much rather be in the spotlight," Day said.

Day's fellow Queenslander Cameron Smith carded an even-par 70, while Marc Leishman is three over after he signed for a 73.

Although eight shots off the pace, Leishman is confident of clawing his way back up the leaderboard during the next three rounds.

"I feel like I'm playing well, I just can't put it all together and it is frustrating," Leishman said.

"But I know good scores are right there; I won't be giving up on this tournament just yet because there is still plenty of FedEx points and money to play for."