The return of Webex Players Series events in Victoria and Sydney and the addition of a third TPS tournament in the Hunter Valley has provided a timely boost to the 2021/2022 PGA Tour of Australasia summer of golf.

Although both the men’s and women’s Australian Opens have been cancelled for a second straight year, the growth of the Players Series represents a positive for the Tour and its hopes of further expansion in the years to come.

The introduction of the Webex Players Series and the showcase of golf featuring some of our best male, female and junior talent was the highlight of last summer’s schedule and Rosebud Country Club and Bonnie Doon Golf Club return as host venues in 2022.

“The Webex Players Series is a concept we believe can be a cornerstone of the Australasian summer of golf and we’re thrilled that we will return to both Rosebud Country Club and Bonnie Doon Golf Club." - Nick Dastey.

The debut of TPS Hunter Valley hosted by Jan Stephenson and Peter O’Malley will follow a week later at Oaks Cypress Lakes Resort Hunter in Pokolbin.

“The Webex Players Series is a concept we believe can be a cornerstone of the Australasian summer of golf and we’re thrilled that we will return to both Rosebud Country Club and Bonnie Doon Golf Club in early 2022,” said PGA of Australia Tournaments Director Australasia, Nick Dastey.

“Brad Kennedy’s shot into the 72nd hole to defeat Su Oh and Elvis Smylie at Rosebud last year brought everything we hoped the Players Series could be to the fore in the very first event.

“At Bonnie Doon we saw the excitement of Sydney local Stephanie Kyriacou leading after day one and then Andrew Martin equalling a world record of four eagles in one round on his way to victory on Sunday.

“Both Rosebud and Bonnie Doon proved themselves to be wonderful tournament venues last year and we’re sure the 2022 events will deliver just as much excitement.”

The addition of TPS Hunter Valley from March 10-13 not only provides an extra playing opportunity for WPGA Tour members but gives due recognition to one of the region’s greatest sporting exports.

“Jan came out of the Hunter Valley region to become one of the most successful golfers this country has ever produced so it is only fitting that she has an association with TPS Hunter Valley,” said WPGA Tour CEO Karen Lunn of co-host Jan Stephenson.

“It is an extra opportunity for our players to display their talents alongside the boys and, as we saw last season, I’m sure there will be some new names that Aussie golf fans will see emerge throughout the Series.

“We have seen some wonderful performances from many of our players on the international scene throughout 2021 and I am sure Australian golf fans will enjoy the chance to watch them in person at Rosebud, Bonnie Doon and Cypress Lakes.” 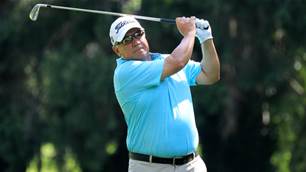 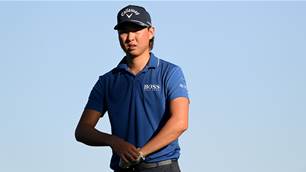