American John Catlin secured his fourth Asian Tour victory in style after his spectacular approach on the first playoff hole yielded a birdie and saw him defeat India’s Shiv Kapur and local hotshot Pavit Tangkamolprasert at the Thailand Open on Sunday.

The 28-year-old Catlin, who claimed three victories over a span of five months in 2018, had missed a birdie chance by an inch on the 72nd hole after chipping from off the green to settle for a closing four-under-par 67 at the Thai Country Club.

Catlin, who is based in Hua Hin, Thailand, had to go the distance with Kapur and Pavit, who returned with matching 65s, after they were all tied at the top on 11-under-par 273 total in regulation play at the US$300,000 full-field event.

“This win means a lot to me,” Catlin said.

“It means a lot to me winning in Thailand. I have lived here for three years. The people here have been so kind and this place is starting to feel like a second home to me. To win the national Open here means the world to me. It’s like a dream come true.”

The sudden-death playoff, which was held on the par-4, 466-yard 18th hole, saw Catlin finding the fairway on the left side with his tee shot while Kapur and Pavit hit into the left and right rough respectively. 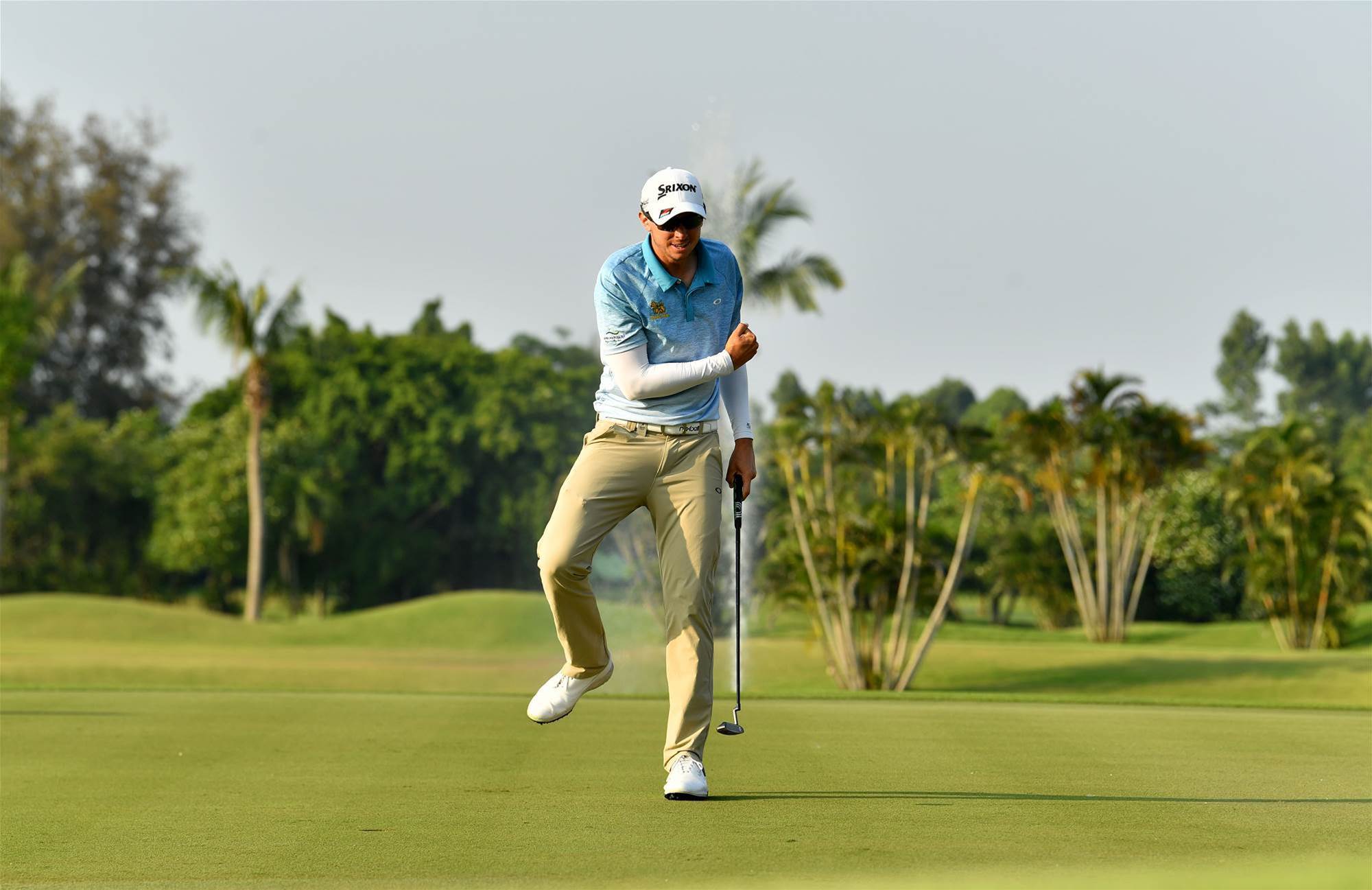 Kapur sent his second shot through the trees and onto the green but left himself a long birdie putt from about 80 feet which he did not manage to convert. Pavit’s second shot found the left bunker, where he hit a 35-yard shot from there to about 12-feet.

Despite failing to pip Catlin to the title, Kapur and Pavit took pride with their runner-up finishes in the Kingdom’s national Open, which would mark their best results yet on the Asian Tour so far this season.

American Trevor Simsby recorded a hole-in-one on the par-3 11th hole after his 7-iron from 176 yards found the bottom of the cup. He would sign for an eventual 63 to match the course record set earlier by Kapur in the second round of the tournament.

Catlin takes home a winner’s prize purse of US$54,000 following his victory and propels to 31st place on the latest Order of Merit.

He will also lead the 2019/20 Panasonic Swing, which is a ranking based on an aggregate point race that spans five events starting with the Thailand Open this week.

Bendigo’s Andrew Martin was the best of the Australians, sharing fourth place after holding a share of the overnight lead with India’s S.S.P Chawrasia.