American John Catlin is ready to make his maiden trip to Japan an unforgettable one as he prepares himself for the Asia-Pacific Diamond Cup which gets underway on Thursday.

Catlin is running high on confidence after winning twice on the Asian Tour this season. He is also coming into the week of the JP¥150 million (approximately US$1.36 million) event on the back of another top-10 finish in Korea last week.

The 27-year-old American will be up against Korea’s Sanghyun Park and South Africa’s Justin Harding, who have also won twice on the Asian Tour this season.

Also in the fray at the Musashi Country Club, Sasai Course are defending champion Daisuke Kataoka of Japan, Zimbabwean Scott Vincent, who is coming off his third second-place finish in two months, Queensland’s Scott Hend, the 2016 Asian Tour number one and India’s Gaganjeet Bhullar, a nine-time winner on the Asian Tour. 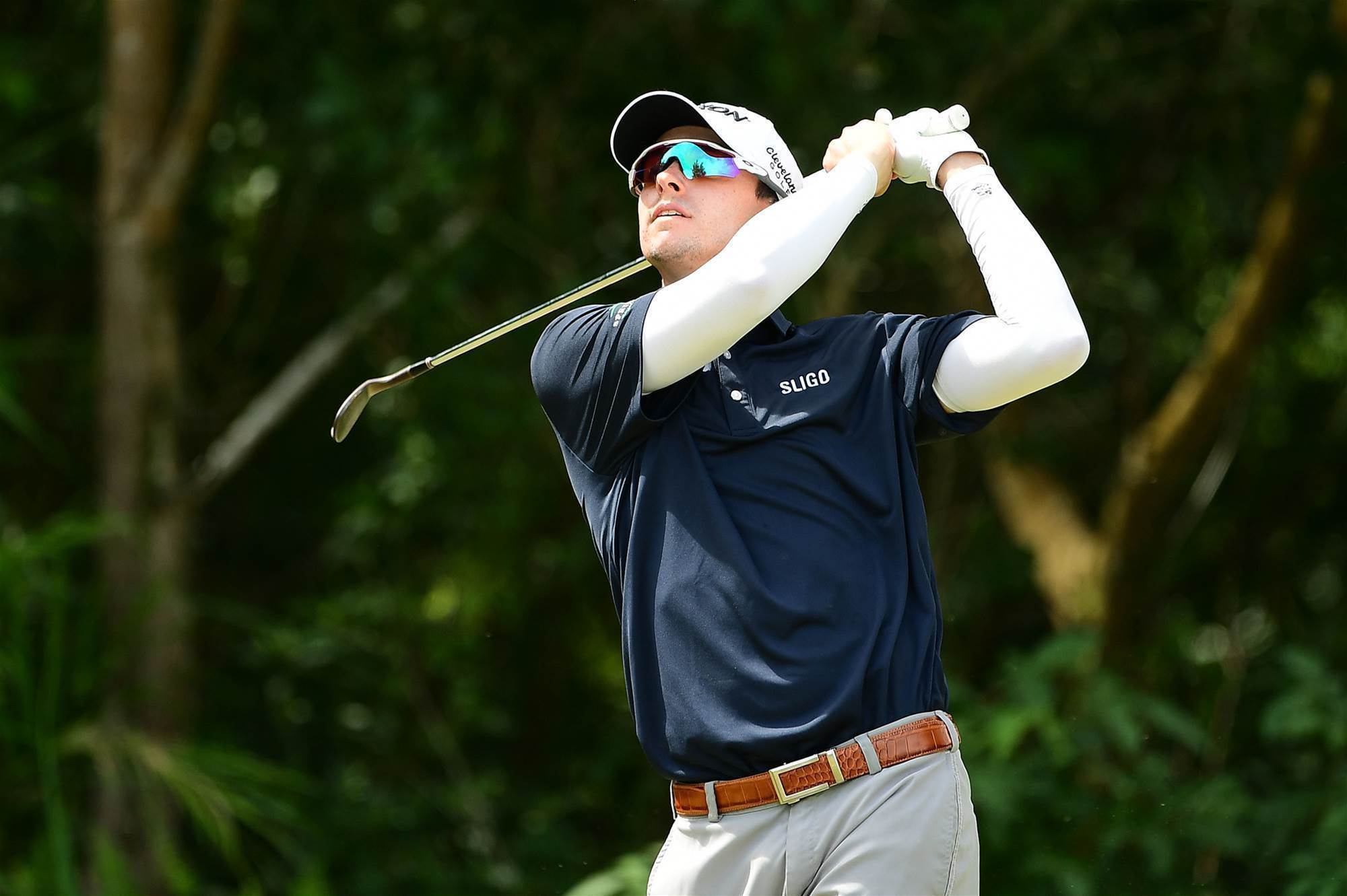 Catlin is hoping his first trip to Japan will be a successful one as he looks to secure a place at the CIMB Classic. PHOTO: Asian Tour.

“This is my first time ever in Japan. I've heard so many great things about the courses here and I’m just glad to be here and experience it for myself. The greens are great and the course is in fantastic shape so I can’t wait to get out there,” Catlin said.

“This year has been great and I have a good chance to get into the CIMB Classic, which is what a lot of us out here are working towards too,”

With the CIMB Classic taking place in Malaysia next month firmly on his mind, Catlin, who sits in 11th place on the current Habitat for Humanity Standings, is looking for a strong performance to break into the top-10 and qualify for the lucrative event in Malaysia.

“Obviously, you want to play well every time you tee it up, that’s why you put yourself in these positions. Nothing’s going to change but it’s nice to have the opportunity to qualify for these huge events.

“I’ve worked so hard to get to this position and I want the spot really bad, but I’m going to treat it like any other tournament, no matter how big or small the event is. The game is feeling good so I’m looking forward to a good week.” 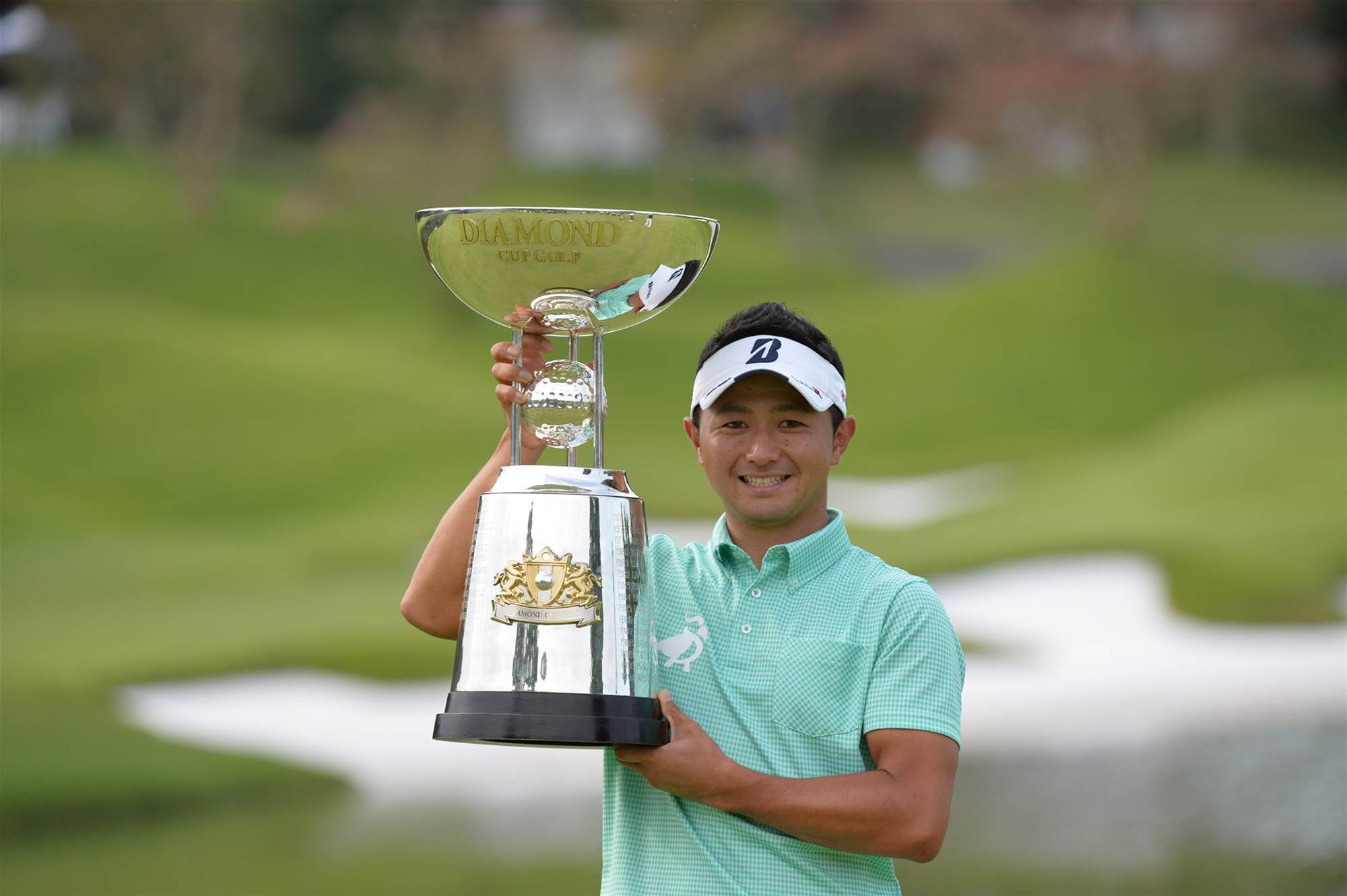 Local player Daisuke Kataoka will be hoping to defend his 2017 title this week. PHOTO: Asian Tour.

Thailand’s Jazz Janewattananond who finished tied 30th at the Asia-Pacific Open Golf Championship Diamond Cup last year, will be looking to go one better this week in order to climb up the money list too.

“I remember when I played this event last year, it was also my second week in a row coming straight into Japan. I needed to play well because I was on the line to qualify for the CIMB Classic and I am in that same position,” Janewattananond said.

Having already claimed his second Asian Tour victory on home soil in June, the Thai, who is currently in 12th-place on the Habitat for Humanity Standings, prefers not to give himself too much pressure ahead of the Asia-Pacific Diamond Cup, which is sanctioned by the Asian Tour and Japan Golf Tour Organisation and is also the Tour’s second stop in Japan this season.

“We’re playing at a different golf course this year so I’ll be adopting a totally different approach. I’m not going to put that much pressure on myself this week.

“I’ve been playing a lot in Europe since my win at the Queen's Cup. This would be my second week since I’ve been back in Asia. So, I didn’t have much rest coming straight from Europe to Korea last week, and then Japan now. There’s still a long way to go before the CIMB Classic and anything can happen.”

The top-10 (not otherwise exempt) on the Habitat for Humanity standings will qualify for the US$7 million CIMB Classic staged in Malaysia next month.

The cut-off date for qualification will be upon the conclusion of the Yeangder Tournament Players Championship in Chinese Taipei on October 7.