Jocelyne Bourassa, a star Canadian golfer and the LPGA Tour's Rookie of the Year in 1972, has died. She was 74.

Her death was announced Thursday by Golf Canada, which did not give details.

After her star rookie season on the LPGA Tour she was honoured as the year's best female athlete by The Canadian Press. She was also named to the Order of Canada in 1972.

"She's an icon and a legend in Canadian women's golf so she's going to be missed by a lot of us," Canadian Olympic golfer Alena Sharp said from Japan. "I hope her legend lives on with the younger generations."

We are saddened to hear of the passing of Hall of Famer Jocelyne Bourassa. Often considered as Canada’s ambassador for golf, her outstanding career will continue to inspire female golfers across Canada. Our thoughts are with her family and friends. pic.twitter.com/9KGkh5Nr2Q

Her biggest professional victory came in 1973 when she captured the inaugural La Canadienne in Montreal. No other Canadian won the Canadian Women's Open until Brooke Henderson 45 years later.

Henderson, also playing at the Tokyo Olympics, said Bourassa had reached out to her after she won the CP Women's Open in 2018 and they stayed in regular contact although they met only once. Henderson says she keeps a photo of that meeting on her iPad.

"She's been a legend for Canadian golf and somebody that I've looked up to," Henderson said. 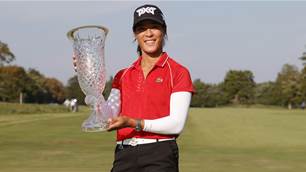 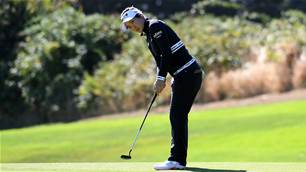 Oh overcomes double bogey to sit one back 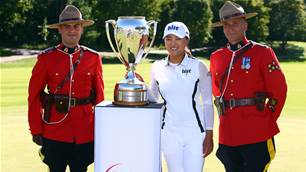