Brittany Lincicome has always wanted to know how her game would stack up against the men on the PGA Tour and she gets the chance to find out at this week's Barbasol Championship in Kentucky.

The long-hitting American will become the sixth woman to compete in a PGA Tour event and the first since Michelle Wie in 2008 when she tees off in Thursday's opening round at Keene Trace Golf Club in Nicholasville.

"Just going to roll with it and see what happens," Lincicome said.

"This is literally a once-in-a-lifetime, probably a one-and-done opportunity. I'm just going to enjoy it."

Lincicome, who represents Barbasol's parent company and accepted a tournament sponsor exemption, brings plenty of credentials as she has two majors among her eight wins on the LPGA Tour.

With the top men away competing at the The Open in Scotland, Lincicome, 32, will attempt to become only the second woman to make a cut in a PGA Tour event. Babe Zaharias did it in 1945. 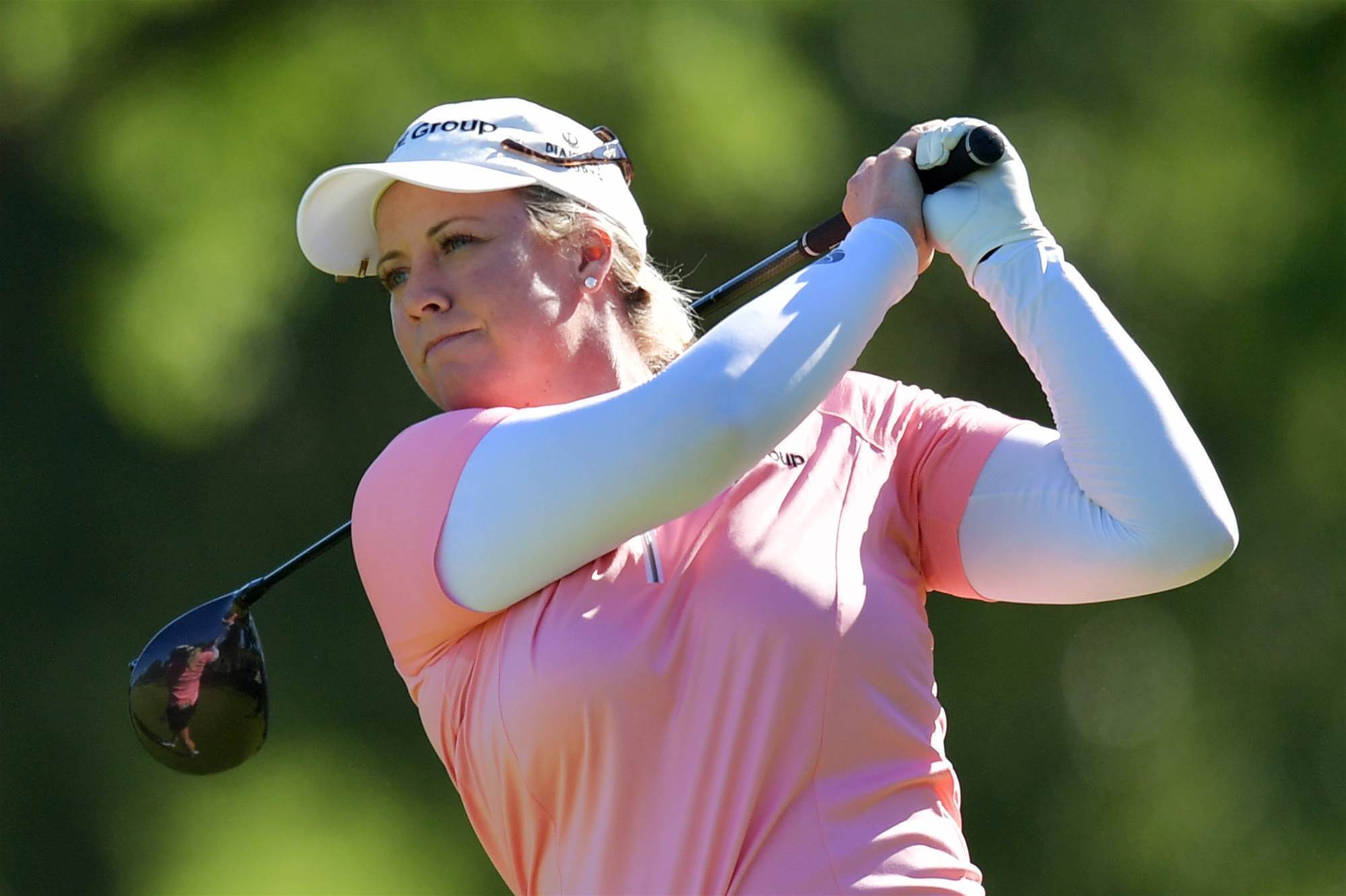 Lincicome is one of the longest players off the tee on the LPGA Tour. PHOTO: Drew Hallowell.

"I've always thought it would be cool to play in a men's event, but never did I think I would actually have the opportunity," Lincicome said.

"I think if I keep it in the fairway, I'll be all right."

Lincicome, who played on the boys’ golf team at her Florida high school, is one of the biggest hitters on the LPGA Tour with an average driving distance of nearly 270 yards.

With five top-10 finishes on the LPGA Tour this year, including a win in January when she successfully defended her title at the Bahamas PGA Classic in January, Lincicome arrives at Keene Trace in fine form.

Lincicome said her goal was to shoot under par or around par, which she felt could be enough to make the cut.