A world first is taking place at The Lakes Golf Club in Sydney this week, where 12 disabled golfers will compete in the Australian All Abilities Championship held in conjunction with the Emirates Australian Open.

The All Abilities competitors begin on Friday and conclude in alternate tee times with the main field on Sunday, allowing the crowd on site at The Lakes and those watching on TV the chance to witness some unique golfing talents from around the world.

Players with varying forms of disabilities ranging from, but not limited to, amputees and players with cerebral palsy will tee it up in Sydney, with some Australian players, including Mike Rolls and former PGA Tour of Australasia player Geoff Nicholls, sure to be crowd favourites.

But it is Spanish player Juan Postigo who has so far claimed the majority of the attention, with the one legged scratch marker at one time on Wednesday having the eyes of every Tour professional on the driving at The Lakes as he uncorked 250 metre drives.

American star Brandt Snedeker stopping his own practice session next to Postigo to watch and film his golf swing then chat about his game, telling Postigo he almost hits driver as far as the nine-time PGA Tour winner himself. Snedeker walking away extremely impressed by the man from Northern Spain’s golf swing and with a little extra perspective on his own play. 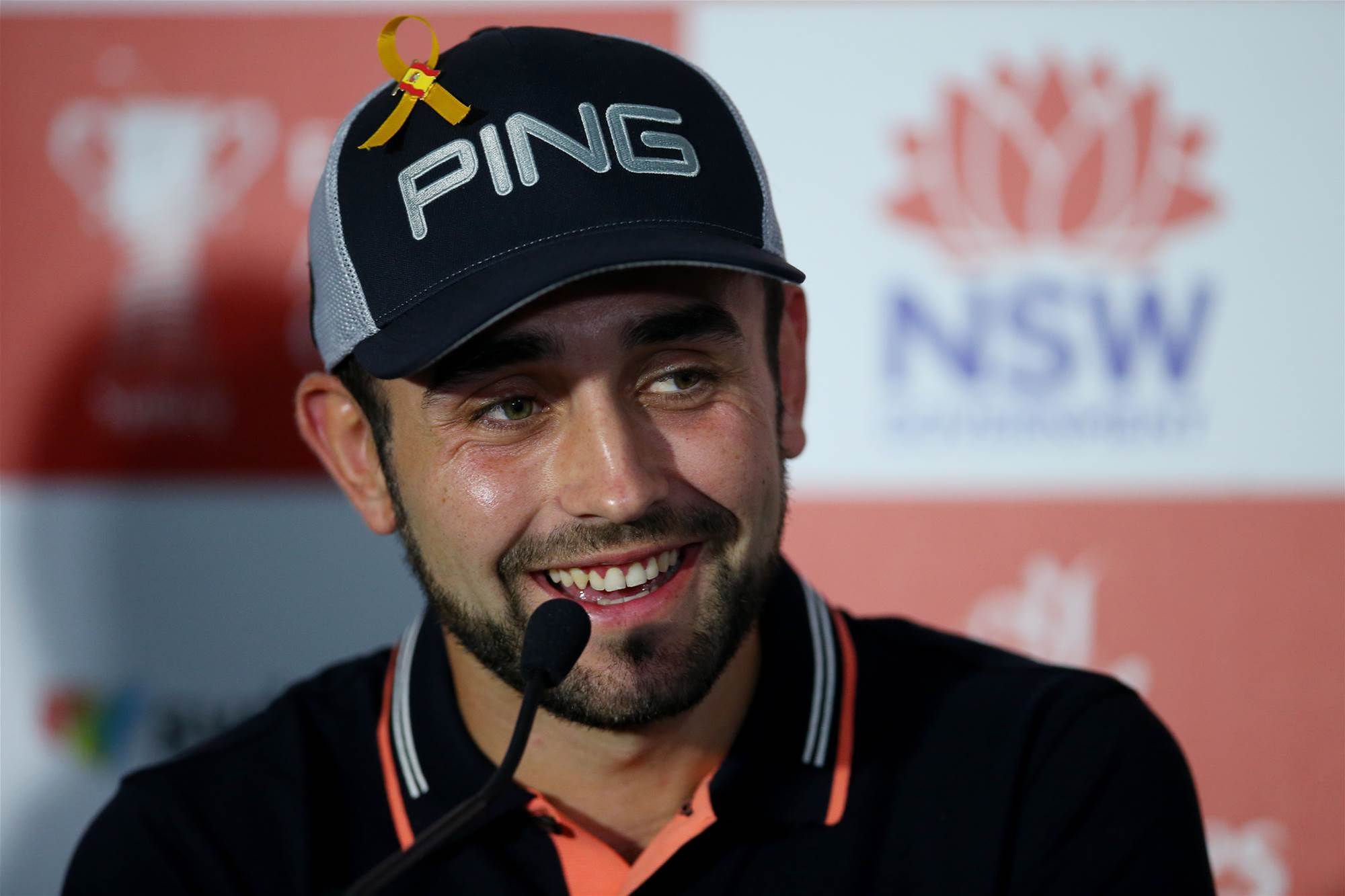 “It’s unbelievable. I’ve seen some people play before with prosthetics but not taking the prosthetic off and swinging one footed,” Snedeker told Golf Australia Magazine of Postigo, who has his right leg amputated above the knee and uses crutches rather than a prosthetic to get around. “Especially as balanced as he is, he absolutely flushes it, and playing off scratch. Makes me realise I need to quit bitching about my golf game a little bit.”

When asked how he would go if forced to hit on just his lead leg as Postigo does, the World No.49 wasn’t confident he could go close to matching Juan’s impressive ball striking.

“I mean I think I could figure it out but I don’t think I would ever have the speed, I don’t have the flexibility he’s got and balance he’s got. I think I’d be hitting it half as far as I hit it right now.

“What’s amazing is the way he uses his hips the way he does, he flares his foot out and to still generate hip turn off one leg is extremely difficult to do with two let alone with one. I guess it’s just necessity, you know growing with one you figure out how to do it. Really impressed with watching him, he’s got a beautiful swing, really fluid, you can tell he’s got really good hands. Pretty impressive to watch.”

Postigo is one of the hot favourites in the All Abilities field this week, where he is playing in honour of close childhood friend Celia Barquin, who he played junior golf with in Spain and was tragically killed on a golf course in America just a few months ago.

“It’s going to be an unbelievable week to stay here in Sydney to play this event, but I think to play with her in my heart is going to be pretty special. I think the golf world, with Jarrod Lyle as well, has had the worst year it has ever had this year, so I’m looking forward to play for her, I will remember her as she was, because she was smiley, she was beautiful and she was one of the first people whoever talk to me after every tournament.

“I think the best way to honour her memory is wearing this ribbon, my bag is also customised for her and I’m sure that if I make a good shot or not, she would be the first one happy or not up there.” 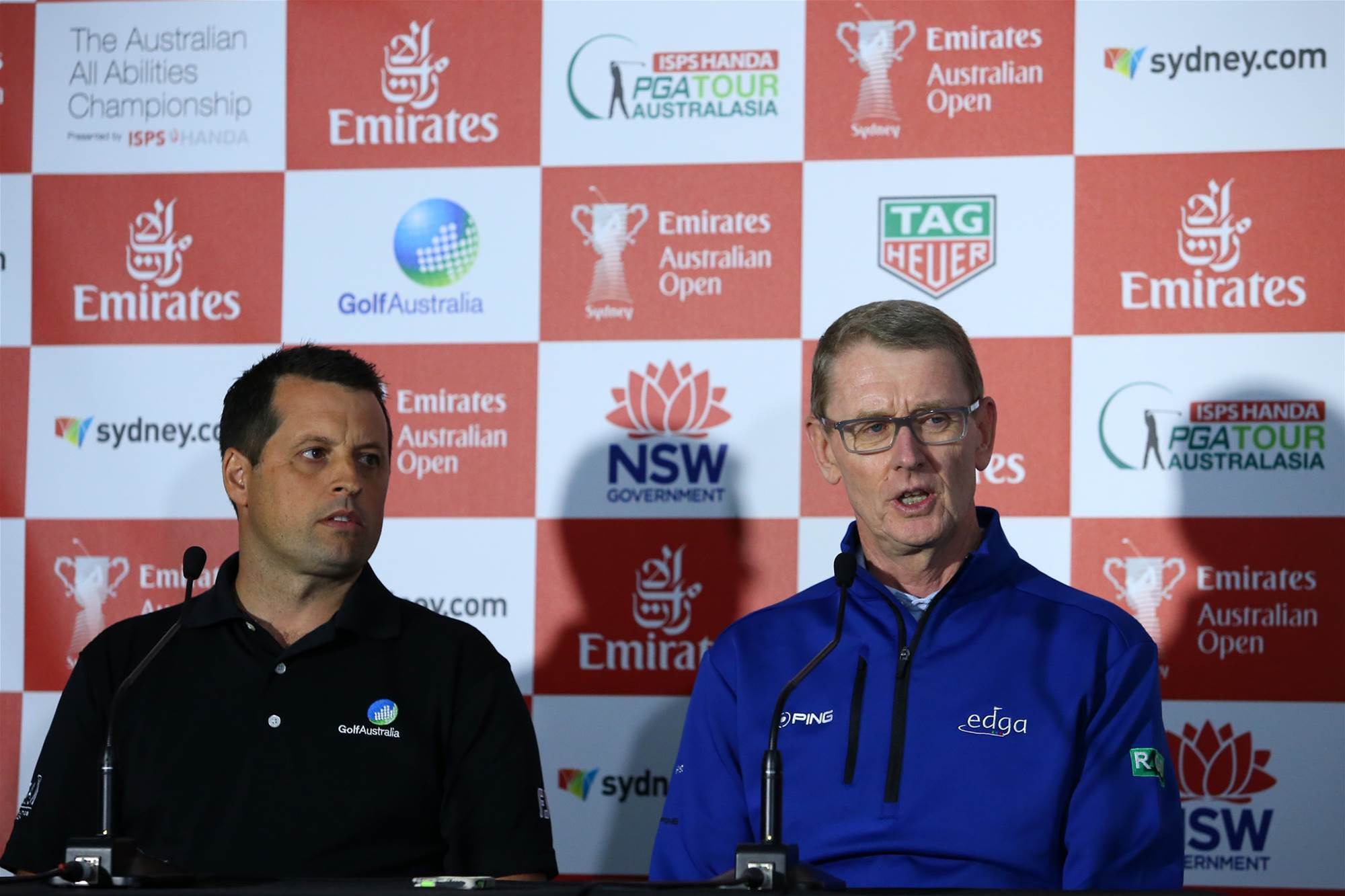 Already the highest ranked all abilities player in the world, the extra motivation will make Postigo even harder to beat this week, which has also seen the announcement of the new World Ranking for Golfers with Disability that will be governed by the R&A and USGA. Something the European Disabled Golf Association (EDGA) has been actively working towards and may help the organisation’s goal to eventually be included in the Paralympics, despite recently missing out on inclusion into the 2024 games.

And once the ranking is set in place you can expect Postigo to be right at the top instantly thanks not only to his impressive power and ball striking but the sort of impeccable short game expected of a player from the same region that produced Seve Ballesteros and José María Olazábal.

“Magical, I’m Spanish, what can you expect,” Postigo, whose career low round is 65 at his home course in Pedreña, joked when asked of the quality of his play around the greens.

In a week where many have bemoaned the quality of the main field and what it might mean for the future of the Australian Open, the All Abilities Championship is a bright light. And for his part, Postigo, who knows Jon Rahm well and has played with Olazábal on numerous occasions, has certainly been impressed by some of the local players teeing it up in the 103rdplaying of our national championship.

“First day I arrive here, I was hitting balls and went to chip and there was Peter Lonard, I mean I am Spanish and I know him, so he has to be a worldwide legend,” Postigo said. “He said ‘Come and play a few holes’, and we played nine holes together. I mean Peter Lonard wanted to play with me which was like, ‘Whoa I’m doing something good’, so it has been tremendous.”

The integrated event is a credit to Golf Australia and particularly Christian Hamilton, the organisation’s Senior Manager of Inclusion who has worked tirelessly on inclusive golf in Australia, with this week set to display the All Abilities players for their golf skills not simply as an exhibition. A concept Postigo is very thankful for and understands the significance of.

Having watched Postigo on the range, you can count Snedeker as one of the players who has already had an unprecedented experience because of the unique concept. The former Ryder Cup player encouraged other organisations and tournaments to follow Australia’s lead.

“It’ll be awesome, really cool to see that, hopefully it’s going to be kind of a template for how to do more of this stuff with professionals and people with disabilities, or even junior tournaments at the same during a real Tour event, I think it would be pretty cool,” Snedeker said. “Hopefully people take notice of it and kind of see what they can do in their hometown or in the tournaments that we have back in the states. Because it is pretty impressive coming out here and watching these guys hit it the way do.” 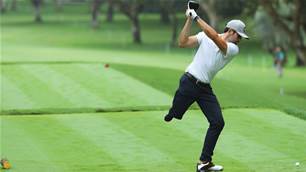