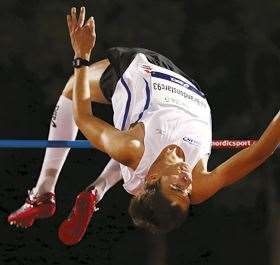 He’s the younger brother of Australian fast bowler Mitchell Starc. A national junior and senior high jump champion with a bright future, this teenage phenom is gearing up for his first world championships this August, and in the meantime, proving his older sibling isn’t the only talented athlete in the Starc household ...

Latecomer, fast riser, quick learner. You could throw all these terms at 19-year-old Brandon Starc and they would stick. The kid from Sydney’s west only seriously started focussing on high jump four years ago. Before that, he’d dabbled in cricket and soccer, as well as Little Athletics from a young age in Parramatta. “My high jump was a little better than the rest, but still a little average,” Starc remembers. Towards the end of his days at Hills Sports High, Starc teamed up with Alex Stewart, his first high jump coach. The partnership paid off – since 2009 he’s added a remarkable 40cm to his jumping height. Since finishing fourth at the Australian All Schools Championships in 2009, he’s become an Australian under-17s champion, claimed silver at the Youth Olympic Games in Singapore in 2010, became the Australian under-20s champion in 2011 and won gold at an international under-23s event in Germany the same year. It was after finishing second at the Youth Olympics that Starc thought: “I can be pretty good at this.”

He comes from a sporting family, but his parents never reached the heights their two sons have. He admits he and Mitchell enjoy a friendly competition, but says having a brother who is an experienced sportsman does help: “We talk a lot. We both work pretty hard and are happy for each other.”

Starc’s biggest achievement came at the national champs this year in March. Apart from improving his personal best (up 5cm to 2.28m), that jump won him his first Australian title and secured a place at the world champs in Moscow. This was a remarkable feat, considering Australia has been without a high jump representative at a major athletics championship since Tim Forsyth at the 2000 Olympics. And according to Camp Starc, he isn’t just going to gain experience. “If he can jump the same he jumped at the national titles, he’ll have an outside chance of making the final,” Stewart says.

Lean and wiry, Starc is a jumper whose ability on the track is largely based on speed. But considering his youth and relative inexperience in the sport, the upward curve for the still-developing athlete is huge. Eric Hollingsworth, head coach of Athletics Australia, notes Starc’s commitment to hard work, while Kevin Fisher, coach at Parramatta City Track and Field Athletics Club, says his rapid improvement and recent results show he’s “prepared to train hard to achieve his goals”. What sets the part-time university student apart from the rest of the pack, believes Stewart, is his mental toughness: “One of Brandon’s best traits is he’s quite aggressive. I’ve never seen him afraid to jump on big occasions.” Stewart is trying to build on Starc’s consistency and work on his general strength and technical aspects. If his impressive development continues, the Sydneysider could be in medal contention come Glasgow and Rio, stealing more of the spotlight from his cricketing brother. “He can be around 2.35m by the time Rio hits,” Stewart says. “I think Brandon is well on his way to becoming world-class. I’m pretty confident he’s going to be around for a long time.”

WHAT DO THEY SAY?

“Brandon’s a fine young man who has persisted and received just rewards at national titles.”

“He’s a great athlete to coach. He listens to everything you have to say, asks the right questions. Every coach really wants an athlete like that.”

“He’s very focused on what he wants to achieve and puts the training into practice in competitions, with the recent win at the Australian champs highlighting his prodigious talent.”

A-League's Wanderers sign Spanish goalkeeper: 'I am a big fighter'

A-League's Wanderers sign Spanish goalkeeper: 'I am a big fighter' 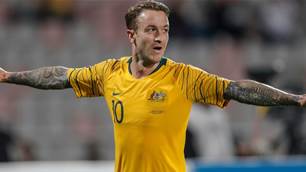