Travis Steiner, Executive Director of the ZOZO Championship, said: “We are excited to welcome five of the most exciting and recognisable stars from the PGA Tour to our tournament next month.

“As we welcome the return of the ZOZO Championship to Japan this year after being played in the U.S. last year, their presence and star power will help deliver a week of world-class golf and put the spotlight on Japan’s only Tour tournament. All five golfers have achieved so much success in their careers and I am confident they will put on a great show to entertain sports fans in Japan and around the world.”

The ZOZO Championship, which features a US$9.95 million purse, will showcase a 78-man field who will compete over four rounds with no cut. As Japan’s first official PGA Tour event, the ZOZO Championship was successfully launched at Narashino in 2019 when Tiger Woods claimed the inaugural title with a three-shot victory over Matsuyama en route to equalling Sam Snead’s record of 82 PGA Tour victories. 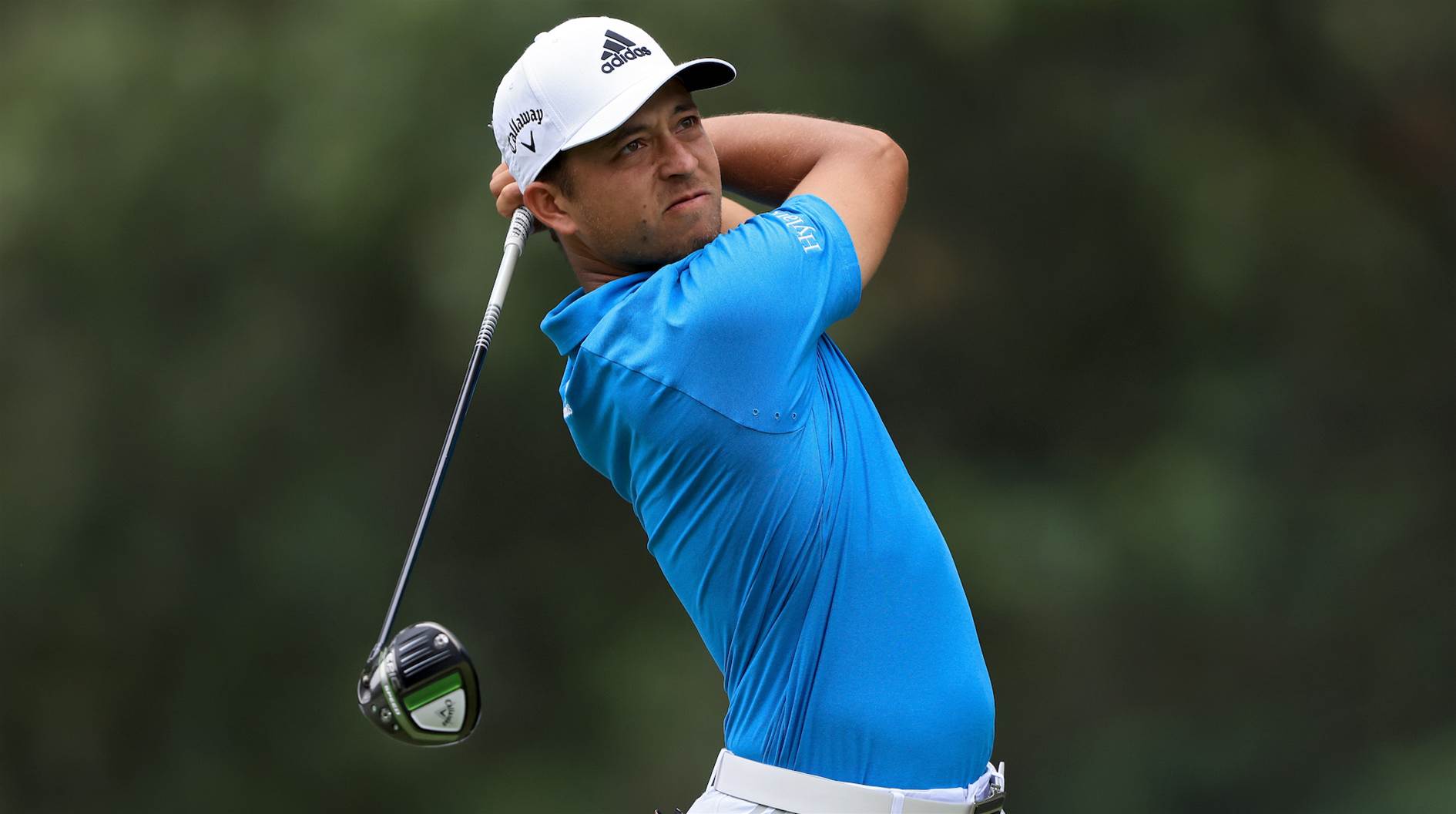 Olympic gold medallist and Ryder Cup star Xander Schauffele will tee it up in Japan at the ZOZO Championship. PHOTO: Getty Images.

In 2020, the event was moved to the United States due to the COVID-19 pandemic where Patrick Cantlay secured a one-shot win at Sherwood Country Club in Thousand Oaks, California for the first of four victories during a standout 2020-21 PGA Tour season in which he won the Tour’s ultimate prize, the FedExCup.

The 29-year-old Matsuyama, a six-time PGA Tour winner, became the first Japanese golfer to savour an historic victory at the Masters Tournament in April. He also registered two runner-up finishes during the 2020-21 season including a playoff defeat in the World Golf Championships-FedEx St. Jude Invitational in Memphis in July.

The loss came a week after he was part of a thrilling seven-man playoff for the bronze medal at the Olympic Games in Tokyo won by C.T. Pan of Chinese Taipei.

For his Masters triumph, Matsuyama received the Prime Minister’s Award in recognition of being the first male Japanese golfer to win a major championship. The World No.17 finished runner-up to Woods at Narashino two years ago and was T28 at Sherwood last year.

Matsuyama said: “After finishing second behind Tiger Woods in the 2019 ZOZO Championship, my goal will be to finish one better when we return to Accordia Golf Narashino Country Club. Playing at home is always a treat as I’m competing in the U.S. for most parts of the year. Being the only PGA Tour tournament in Japan, I hope to become the first Japanese golfer to win this event and I will give everything that I’ve got to challenge for a victory.”

A four-time PGA Tour winner, Schauffele claimed the coveted gold medal at the Olympic Games in July after defeating Rory Sabbatini of Slovakia by a single stroke. He also registered eight top-10s on the PGA Tour to finish fifth in the FedExCup standings, marking the fourth time in five years that he has ended the season inside the top-5.

The 27-year-old finished T10 in the 2019 ZOZO Championship and was T17 at Sherwood. Schauffele, who is ranked No.5 in the world, has strong ties with Japan as his mother, who hails from Chinese Taipei, grew up in Japan as a child while his grandparents live in the country. He also made a winning Ryder Cup debut for the U.S. last week by securing three points from four matches in the team’s triumph over Europe.

"Being the only PGA Tour tournament in Japan, I hope to become the first Japanese golfer to win this event and I will give everything that I’ve got to challenge for a victory.” - Hideki Matsuyama.

Schauffele said: “I’m really excited to have the opportunity to return to Japan and compete in the ZOZO Championship. Everybody knows of the close affinity that my family and I have with Japan due to our heritage and the fact that my grandparents live over there. Also, winning the Olympic Games gold medal in Tokyo in July has only reinforced my love for Japan and I look forward to coming back and challenging for the title at Narashino.”

Morikawa, a five-time PGA Tour winner and ranked No.3 in the world, enjoyed a fantastic season with two victories and six other top-10s to reinforce his growing reputation as one of the most talented golfers to emerge in recent times.

The 24-year-old claimed a three-stroke win in the World Golf Championships-Workday Championship in February for his first WGC title and then earned a second major victory at The Open Championship in July which made him the first player to win two different majors in his first attempt.

The 2020 PGA Champion finished T22 in the 2019 ZOZO Championship and was T50 last year. Like Schauffele, Morikawa featured in the Ryder Cup for the first time and secured 3.5 points from four matches.

Morikawa said: “In the few times that I’ve visited Japan, I’ve really enjoyed the experience of being over there as the Japanese people love their golf and support the game in a very big way. I’m looking forward to going over again and challenging for a win which would be a really nice way to get the new 2021-22 PGA Tour season started. It will also be pretty cool to secure another win internationally after my success at The Open Championship at Royal St. George’s in July.”

Fleetwood, the World No.37, is a five-time European Tour winner and Ryder Cup star for Team Europe.

In the 2018 edition, he partnered with Francesco Molinari to become the first pairing in history to win all four matches together but endured a subdued performance at Whistling Straits last week by earning one point from three matches.

During the 2020-21 PGA Tour season, the 30-year-old produced two top-10s and finished outside the top-125 of the FedExCup ranking for the first time in four seasons. He is accepting a sponsor exemption to play in this year’s ZOZO Championship, where he finished T22 in 2019 and T57 last year.

Fleetwood said: “Playing in the inaugural ZOZO Championship in 2019 and competing in the Olympic Games Tokyo 2020 this July were truly fantastic experiences and I’m looking forward to being in Japan again. I know it’s not an easy task preparing for a tournament under these present times and hats off to ZOZO for putting together a first-class tournament. My game is in a great place and I love the golf course over there and feel very confident of my chances at getting a win.”

Fowler holds five career PGA Tour victories and has also won internationally in Scotland, Abu Dhabi and Korea. The 32-year-old registered five top-25s during the 2020-21 season to finish outside the top-125 of the FedExCup for the first time in his career and accepted a sponsor exemption to compete in the ZOZO Championship.

He finished T57 in the ZOZO CHAMPIONSHIP at Sherwood last year. With his grandfather being Japanese, Fowler will no doubt be a fan favourite at the tournament.

Fowler said: “I can’t wait to play in my first ZOZO Championship in Japan. It was awesome playing last year at Sherwood, but I’m really looking forward to my first experience in front of the legendary fans in Japan. Japan plays a unique part in my own personal family history, so being able to go back there and playing in front of those fans will be something very special to me and my family. I would especially love to win this one for my grandpa, Tanaka who introduced me to the game of golf.”