Adam Scott’s brilliant week was unable to deliver a victory as the Queenslander finished in a tie for fifth at The CJ Cup in Las Vegas, while Min Woo Lee finished runner-up and became a Guinness World Record holder in Spain.

Scott entered the final round three shots back and needed to replicate his Friday heroics – where he shot 63 which included an eight-under-par closing holes – to mount a serious challenge for the title.

Unfortunately, his three-under-par Sunday round was his worst of the week and it left him four shots shy of Rory McIlory – who claimed his 20th career PGA Tour title – and Scott admitted that he did not take all his chances.

“It was a great week. I mean, I played a lot of good golf. Anytime you reach 20-under-par, there's not too much going wrong, but going for the win today, I simply just did not have a good day on the greens,” Scott said. “I played well, I gave myself all the opportunities and I didn't make any of them and that was the difference. I think I played well enough to contend, but just left it all on the greens today.”

Cameron Smith also played some excellent golf in his first tournament of the new PGA Tour season to finish one shot behind Scott in a tie for ninth.

“I can't say my prep was too good the last four or five weeks, but the game progressively felt better and better,” Smith said.

“The course got trickier and trickier and I was able to be there in contention, I guess, come Saturday, Sunday.

“It's a good start to the season. It was good to make a ton of birdies, good to see some putts drop. And I've got another two or three weeks off now, so I'll be back working on the game and hopefully have a better run at it in Houston.

“I think my short game probably wasn't up to scratch. I think it's not a technique issue, it's just some touch stuff, having so much time at home. I'll be sure to work on that.”

In Europe, Lee has moved to number six on the European Tour rankings courtesy of his runner-up finish in the Andalucia Masters in Spain.

The 23-year-old finished three shots behind Ryder Cup player Matthew Fitzpatrick to put himself in with a chance of winning the season-ending Dubai World Championship, with its $US9 million prize pool.

Lee also achieved an incredible feat this week – breaking the Guinness World Record for the fastest hole of golf by a team of four. (Watch it HERE).

The West Australian was quick to update his Instagram bio to: “2 x European Tour Winner, Guinness World Record Holder” after he knocked in the putt that clinched the world record.

In New York, Gabriela Ruffels performed well in the individual event of the Aramco Team Series – that was won by England’s Charley Hull – to record a top-20 finish.

Steph Kyriacou’s team finished in a tie for sixth in the team event – where Jessica Korda’s team and Sophia Popov’s team shared victory. 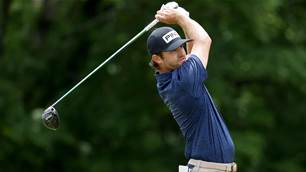 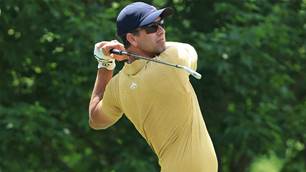 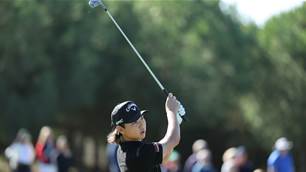 Aussies on Tour: Trio of top-10 finishes in Europe