The chance to represent Australia’s female PGA Professionals on the world stage is something this group of women will never forget.

Jean is thrilled by the opportunity to represent the green and gold at an international event and believes her team has what it takes to be successful.

“It’s really exciting. I’m so happy to be able to captain the team and to have been chosen by the Vocational Members Council of the PGA of Australia,” Jean said.

“It’s an honour and I can’t wait to represent our country and hopefully do everyone proud.”

Joining the squad in Austin as team manager, PGA of Australia Chief Executive Officer Gavin Kirkman hopes the Women’s PGA Cup will encourage more females to pursue a career in the golf industry.

“I am so proud to be team manager and to be accompanying this group of five women over to the USA for the inaugural Women’s PGA Cup,” Kirkman said.

“The Women’s PGA Cup is all about the promotion of female PGA Professionals. Globally, this event will get a strong message out that it’s fun and it’s a great career path to become a PGA Professional.”

The team recently gathered for the first time ahead of their journey to the States for the October 22-26 tournament.

Kirkman said the diverse skillset of the team will be a strength for the group in their quest to bring home the cup.

“They’re competitive, they’re passionate, and because some are coaches, some are club pros and they’re working in all different facets of our game it’s going to be really exciting to see them come together as a team,” Kirkman said.

“As a team I believe we’re all really good players as well as great golf coaches so I think we can go quite well and I hope that we will be lifting the trophy at the end of the week.” – Lisa Jean

“I think that once we get onto the course, it’s going to be game on. Our captain Lisa Jean is a very strong player, she’s been out on tour, and she’s now one of the greatest coaches in our country, so she is going to be driving that team hard. It’s going to be a great week.”

While the competition will be serious out on the course, the Australian team will put an emphasis on fun and connecting with their fellow PGA Professionals from around the world.

“I think the whole week is about having fun and getting women together from a lot of different countries and talking about our experiences in the industry,” Jean said.

“As a team I believe we’re all really good players as well as great golf coaches so I think we can go quite well and I hope that we will be lifting the trophy at the end of the week.”

Formed by the PGA of America, the international tournament is a 54-hole stroke play event with each team’s lowest three scores counted after every round. The winning country will be the team with the lowest 54-hole aggregate total.

The Women’s PGA Cup will be played at Omni Barton Creek Resort & Spa where Australia will compete against teams from the PGAs of Great Britain and Ireland, Canada, America and Sweden.

Each member of team Australia is a Vocational Member of the PGA of Australia, working full time in the Australian golf industry to comply with the Women’s PGA Cup eligibility criteria.

Jean believes the tournament is the perfect platform to showcase the paths available to women who choose a career in golf.

“It should showcase that golf is a career option for a lot of people,” Jean said when asked about the importance of the event.

“There are plenty of opportunities in coaching, managing, working for the PGA and even green-keeping is an option so hopefully we can get the message out there so the girls of the future can see that golf is a great career opportunity.” 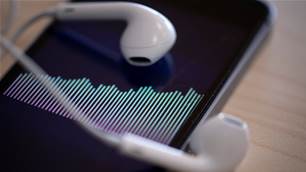 Milestone moment for Inside The Ropes