Rookie Scottie Scheffler got the action started with just the 12th sub-60 round in PGA Tour history. Hours later, Dustin Johnson nearly joined him in the history books until his long birdie attempt at the closing hole came up just short.

And though his competition went low Friday at The Northern Trust, Sydney’s Cameron Davis remained in the hunt, too, with a 6-under 65. The 25-year-old will enter the weekend at 13-under, two shots back of the leader Johnson and in a tie for second alongside Scheffler.

“It was the same sort of deal (as yesterday). Same distances from the pin that I'm aiming, same looks for putts and same clubs off the tees,” Davis said. “I just feel like my game plan around here doesn't need to change very much. So far through two rounds, it's been really good. I just need to do two more of those and should be good.”

Of course, that mindset came shortly before Scheffler decimated the TPC Boston course and Johnson nearly did the same. The 24-year-old Scheffler, who shot 70 on Thursday and began the second round on the cut line, went bogey-free on Friday and carded six birdies on both sides of the course. Though he hit only half of his fairways, he connected on all but two greens and needed just 23 putts during his round. 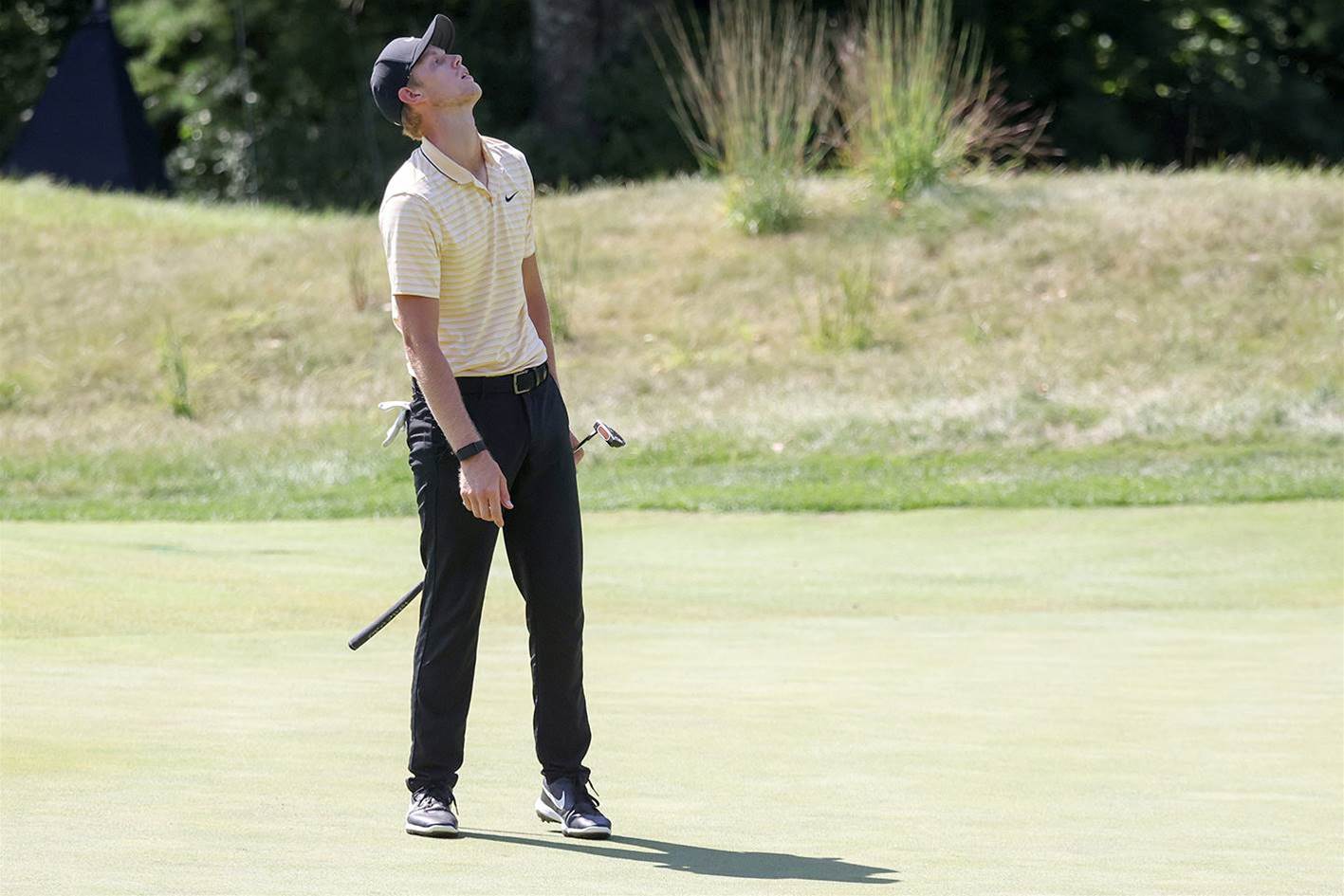 “I wouldn't say one (shot) stands out too much,” said Scheffler, who became the second-youngest player to shoot 59 behind Justin Thomas. “I hit a lot of great shots today, so it's hard to pick one, but I think if I was to say the key shots were probably the ones at the beginning, just getting the day going.

“It's weird when you're sitting outside of the cut line at the beginning of the day knowing I've got to shoot probably 3-, 4-under just to make the cut. Getting off to a good, quick start was definitely key and I just kept that momentum going the whole day.”

Much like Scheffler, Johnson got off a quick start of his own. He was 11-under through his first 11 holes, including eagles at the par-5 second and par-4 fourth, but went even-par the rest of the way to settle for 60 and a two-shot lead. 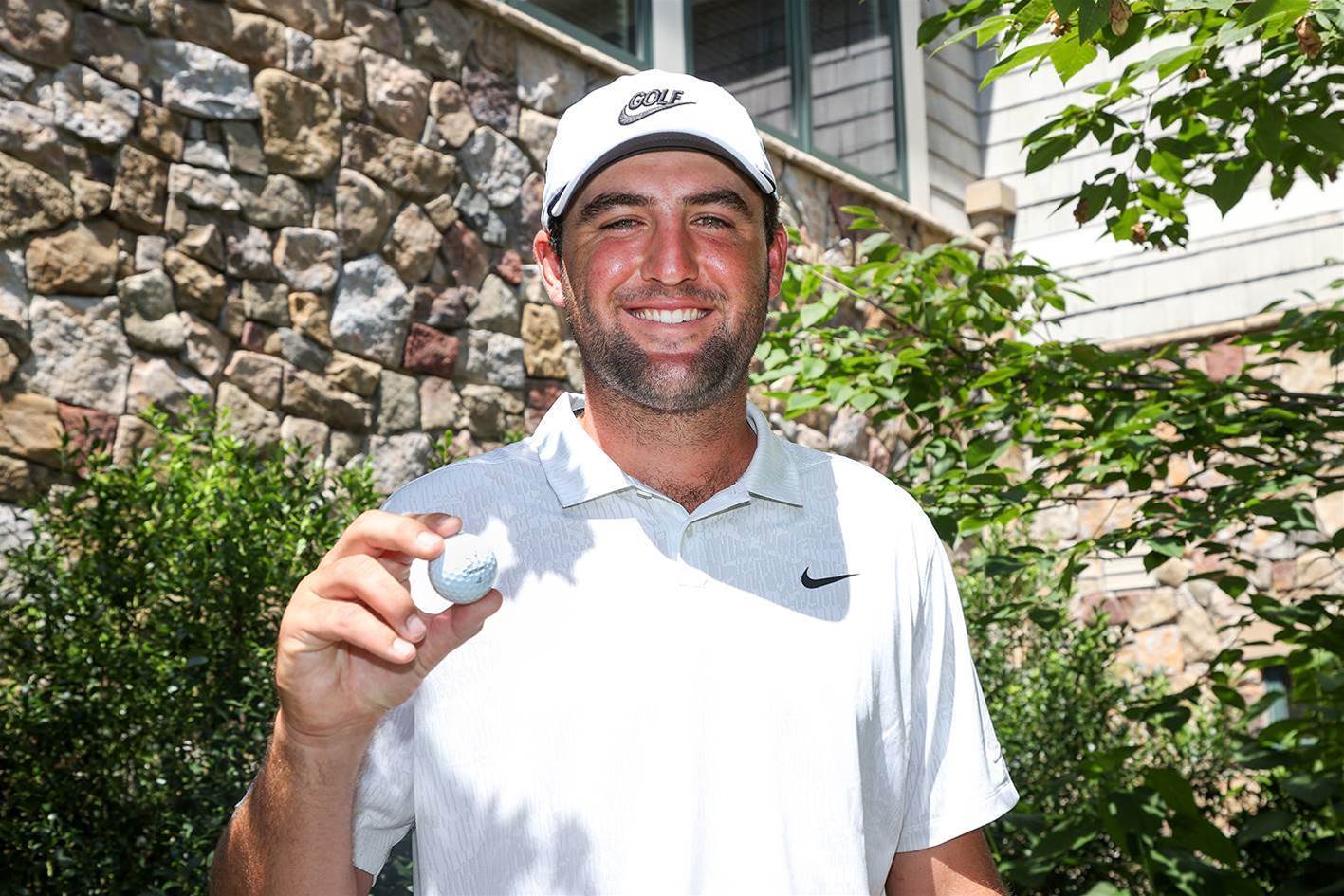 Scottie Scheffler shows off his '59' after being the 12th player to record a sub-60 round on the PGA Tour. PHOTO: Getty Images.

It was his lowest career round on Tour to date, besting a third-round 61 at this year’s Travelers Championship, which he went on to win.

“When I made the turn birdieing 10 and 11, you're definitely thinking about shooting 59, but I tried not to,” Johnson said. “I tried to just keep playing one shot at a time, and I knew I was swinging well, so I just tried to keep giving myself looks. I had some looks coming down the stretch, but obviously couldn't get one to go. But still happy with the way I played and obviously I'm in a good position heading into the weekend.” 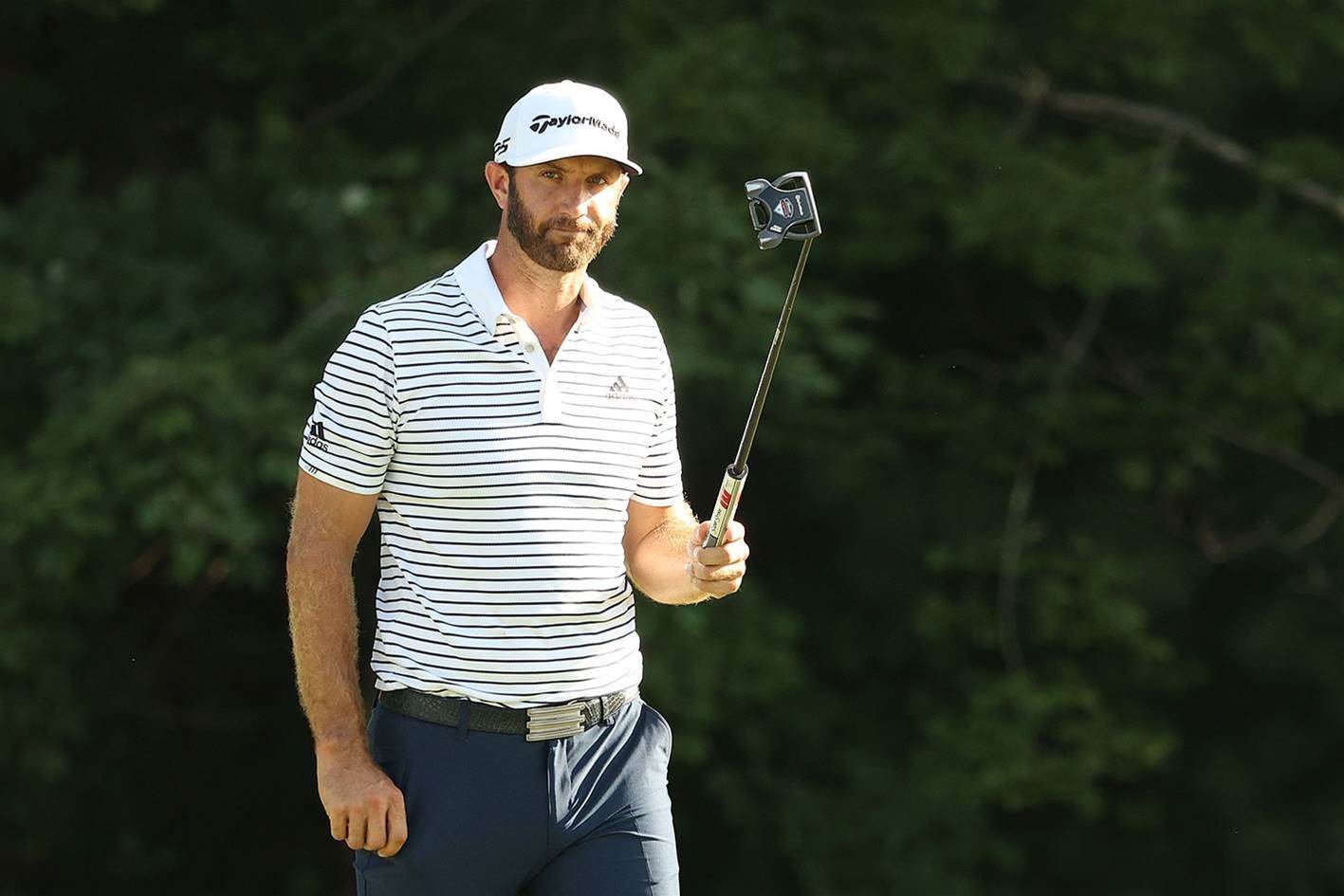 Dustin Johnson missed his birdie chance at the final hole to make a 59 of his own. PHOTO: Getty Images.

Meanwhile, Davis—at No. 91 in the FedExCup standings—can assure himself a spot in next week’s BMW Championship alongside Johnson and Scheffler, so long as he finishes in a tie for 20th or better this week. He is currently projected to rise 74 spots to No. 17 in the standings.

In the second round, he was steady in hitting 15 of 18 greens in regulations with no misses inside 10 feet. He carded only one bogey on the day, at the par-4 sixth when he hit the green in three and two-putted. But he was stellar beyond that, as he began his day with three consecutive birdies before adding two more on Nos. 7 and 8, the latter coming from 49 feet out. He added two more birdies at Nos. 10 and 18 to cap his day.

“The greens were rolling really well this morning, and the wind is not too strong. I can see someone getting really hot and getting 10- or 11-under and they are really driving it well and giving themselves lots of wedges in,” Davis said, accurately predicting what was to come. “I wouldn't put it past many guys here. They are all here for a reason. They have had a good season. I'm sure they have the game to take it low. I'm looking forward to tomorrow. It will be good fun.”

Fellow Aussies Jason Day (3-over overall) and Marc Leishman (5-over overall) won’t be joining Davis this weekend, as both players missed the cut. Their seasons will still continue next week in Chicago at the BMW Championship.

Adam Scott paced the other Australians to advance to the third round, carding a 1-under 70 to move to 6-under overall, good for a tie for 29th. Cameron Smith posted a 68 to move into a tie for 40th at 5-under, while Matt Jones shot even-par to remain at 3-under, joining Tiger Woods and Rory McIlroy in a tie for 58th.

At No. 86 in the standings, Jones will need to go low this weekend to assure another start. With only the top 70 players advancing to Chicago, Jones will likely need to finish solo 23rd, a three-way tie for 22nd or better. He is currently slated to drop 11 spots to No. 97. 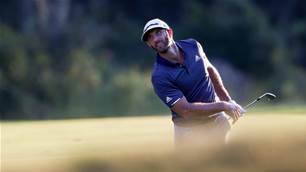 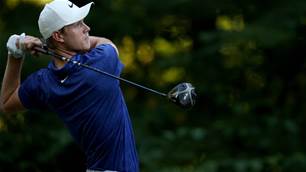 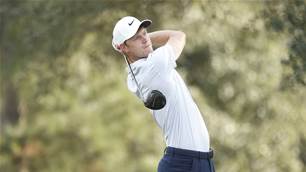