Tiger Woods breezing into Melbourne recently to promote the Presidents Cup potentially did more for the Internationals’ hopes next December than those witnessing the great man up close for possibly the first time might have realised.

He kissed babies, scaled tall buildings, waxed lyrical about Melbourne and of course, the venerable old lady down the road at Royal Melbourne – site of two Presidents Cups in 1998 and 2011 – both of which Woods played in.  And then it happened.

Two sentences that could provide Ernie Els with the impetus he needs for the entire year ahead of their bid to win an elusive second Presidents Cup, 21 years after their first.

“I hope they play at the Hero World Challenge. That’s an obvious one”.

Woods was referring to the advice he’d give many of his players about whether to choose to make the trip Down Under the week before to properly prepare or to play his event in The Bahamas.

Unless he's discovered the elusive elixir for jetlag that allows you to cross the globe and be bright and chipper on arrival, I think it gives a fair indication into Woods' thinking of what’s more important and/or possible for his players’ chances of retaining the Presidents Cup.

Clearly, the remedy is one that his opposite number Ernie Els is yet to be blessed with in a near 30-year career crisscrossing the globe. “I've travelled my whole life and there's no secret about jetlag, it takes a certain time to get over it. For every hour, it takes a day, that's it. You might get away with it for a couple of days, but eventually it gets you,” Els said in Melbourne recently.

With that in mind, Els' message to his potential team was in complete contrast to that of Woods.

“I would love the guys to come in early and get them acclimatised to the Australian time change, which is huge. I think jetlag plays a huge part down here.”

"So that will be good to try to get the guys down here, play some events, maybe at least the Aussie Open.”

That will be music to the ears of Australian Open organisers who are pacing nervously at the prospect of missing out on the stellar field they thought they'd get with the Cup being played the week after. As they did prior to the 2011 Presidents Cup, when Woods himself competed at The Lakes and finished tied for 4th.

Aussie Open or not, Woods' position now places the onus squarely back on many of his own players: Do I play for Tiger in The Bahamas or do I head Down Under, early because I know acclimatising is in my best interests?

“I would love the guys to come in early and get them acclimatised to the Australian time change, which is huge. I think jetlag plays a huge part down here.” – Ernie Els

An opportunity to grasp the nettle now lies squarely in the hands of the players hoping to fill the International line-up – the chance to show that they really are 'fair dinkum' about winning this thing back after decades of agony.

Now is the chance for all the key members of the squad, including all the Australians in particular, to commit to playing the Australian Open the week before to ensure they're preparation is the best it can possibly be. Given the quality and depth of this American side, anything less than their best will be competitive suicide.

And by now I mean, not the alternative which is to have us all playing the 'Will he or won't he?' guessing game for the next ten months. Do it now, guys.

Now, so that the Australian galleries Els is endeavouring to whip into a frenzy in support of the team can see the players clearly have winning this thing back at the top of their priorities.

Now, so that the younger and lesser experienced players can see the senior guys are as wide-eyed with excitement and anticipation to win as them. Now, so that the Americans have tangible evidence that we’re prepared to move heaven and earth to take the Cup back and possibly catch them with their pants down, after their disastrous Ryder Cup campaign in Paris.

Now, so that everyone can see this is more important to us than the easy picking piles of cash and world ranking points that The Bahamas event offers – with all due respect to The Bahamas event and the charitable causes it supports.

There will be another pile of cash and points around the corner for them all soon enough. You can only ski behind one jet boat at a time, after all?

Who after all, remembers what Adam Scott's world ranking was when he thrilled us all by winning The Masters in 2013? Or do you just remember that he won The Masters?

Name me a player's career highlight reel that is headed by participation in a limited field event or by how many greenbacks they earned by winning the Brand Name Classic?

Winning an elusive Presidents Cup on 'home' soil after 21 long years of trying however – for a person as revered as Ernie Els, for the three-time Captain before him in Nick Price who shed tears and bled for his teams – will take absolute pride of place in the career highlights of every member of this team no matter what they go on to achieve.

Tiger Woods has unwittingly thrown the Internationals a bone 12-months out. Let’s see who's fair dinkum about grabbing it 'now' in a bid to go on and win this thing.

The bell tolls for thee, guys. 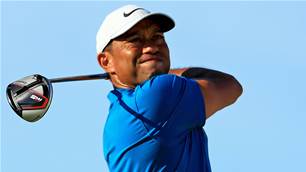 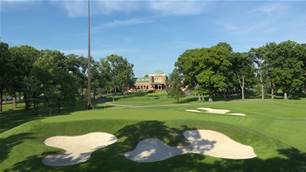