Wedges need two key performance characteristics. Spin and versatility. And TaylorMade have worked to enhance both with its latest wedge release, the third generation of the Milled Grind.

Created with the same CNC milling technique to ensure consistency in every wedge’s sole and leading edge, the new Milled Grind 3 (MG3) is offered in three sole grind options, as well as the custom order TW Grind, which matches the exacting specifications of Tiger Woods’ personal 56° and 60° wedges. 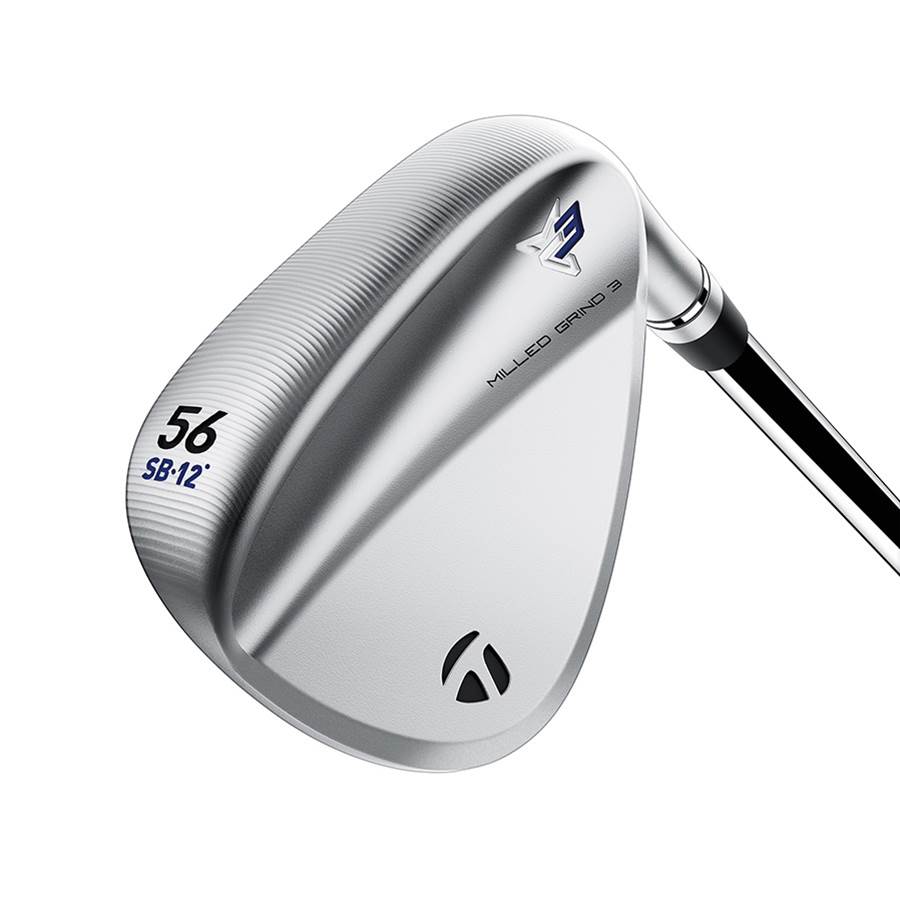 In line with the popularity of raw wedges on Tour due to the non-plated finish creating more surface texture thanks to rusting and subsequently more spin and improved performance in damp conditions, the MG3 maintains the raw face of its predecessor.

To heighten spin rates, TaylorMade have introduced ‘Raised Micro-Ribs’ which lie in between the grooves across the face. The addition of the ribs adding more surface texture and roughness to impart spin on the ball through friction, especially when playing partial shots around the green.

“Wedges have to be versatile and exacting, whether it’s a full swing from 100 yards, a touchy 15-yard pitch that needs to stop quickly, or any distance in between,” TaylorMade’s Bill Price said. “With Milled Grind 3, we’ve designed a wedge that’s capable of delivering optimal spin on every shot from every distance.”

Another focus when creating the new model was to improve sound, feel and ball flight control.

A refined ‘Thick-Thin Design’ optimally places the centre of gravity (CG) in each loft, producing lower launch and increased spin throughout the loft offerings, with the higher lofts containing the highest CG. Progressive hosel lengths from the 46° to 60° further tighten CG placements, with the precise weight placements having the added benefits of improving sound and feel.

To improve versatility the four sole options – Low Bounce (LB), Standard Bounce (SB), High Bounce (HB) and TW – have been refined to allow golfers a greater variety of shot options and unhindered performance from a wide variety of lies.

The LB sole offers improved turf interaction via a leading edge that sits closer to the ground and increased camber, while more relief has been added to the trailing edge for improved open face performance.

Similarly featuring more trail edge relief, the SB sole is wider than the MG2 version to increase forgiveness, so too the HB, which has also had more material removed from the trail edge and greater camber on the sole for improved turf interaction.

Unsurprisingly, Tiger opts for a fairly unique setup with his wedges, and the MG3 TW Grind offers golfers the chance to play what the former World No.1 uses when not on the injured list.

The 56° wedge incorporates a dual sole with 12° of bounce and significant material removed from the heel. Also shaved at the heel, the 60° is able to be opened right up for flop shots, while having a large amount of bounce at the leading edge.