The United States Golf Association (USGA) today announced that 10 players have earned exemptions into the 120th U.S. Open Championship, which will be held at Winged Foot Golf Club (West Course), in Mamaroneck, N.Y., on Sept. 17-20, 2020.

As previously announced, the 144-player field for the championship will be entirely made up of exempt players due to the impact of the COVID-19 pandemic. The 10 players added today earned entry based on the first five events of the European Tour’s U.K. Swing (Betfred British Masters through ISPS HANDA Wales Open). The top 10 aggregate point earners from those events, who were otherwise not exempt, were awarded spots in the U.S. Open field.

“The 10 players added today earned entry based on the first five events of the European Tour’s U.K. Swing.”

Horsfield, 24, will compete in his fourth U.S. Open. He won two of the five U.K. Swing tournaments, posting victories at the Hero Open (Aug. 2) and Celtic Classic (Aug. 16). Horsfield, who was a first-team All-American and All-Southeastern Conference selection at the University of Florida, is no stranger to USGA competition, having played in 14 championships.

Sullivan, 33, and Paratore, 23, will play in their third and second U.S. Opens, respectively. Each was a winner during the U.K. Swing, as Sullivan captured the English Championship (Aug. 9) and Paratore was victorious in the Betfred British Masters (July 25). Harding, 34, will compete in his second consecutive U.S. Open.

Langasque, 25, fired a bogey-free 65 in the final round to win the Wales Open on Aug. 23 by two strokes. He and the other five players among the top 10 aggregate points leaders will be making their first U.S. Open appearance.

In the upcoming weeks, U.S. Open exemptions will be earned in the three-event 2020 Korn Ferry Tour Series, beginning with the Albertsons Boise Open and ending with the tour’s championship (top five point leaders who are otherwise not exempt) and the 2019-20 FedExCup Final Points List (top five players, not otherwise exempt). 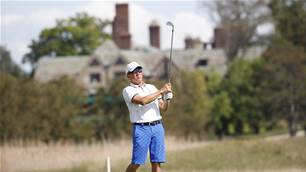