The Open. It is golf’s oldest major championship and has been won by every great player that has ever swung a club.

Old Tom Morris, Harry Vardon, James Braid, J.H Taylor, Bobby Jones, Ben Hogan, Peter Thomson, Jack Nicklaus, Arnold Palmer, Gary Player, Tom Watson, Nick Faldo, Tiger Woods … and the list goes on. No trophy in world sport has passed through the hands of so many champions that have meant so much to the game they play. There have been surprise winners, who rose to the top of their game for four days to capture the Claret Jug. There has probably been no greater surprise than American Ben Curtis (pictured right), who won at Royal St George’s in 2003 in his first appearance in the Championship. Rounds of 70-69 over the weekend saw him finish one stroke clear of a star-studded leaderboard that included Thomas Bjorn, Vijay Singh, Woods and Faldo.

The following year, fellow American Todd Hamilton defeated Ernie Els in a play-off for what would be, at the age of 38, his last professional victory.

This is what can happen at The Open because it is the fairest anf greatest of all four majors. Just ask living legend Gary Player.

“The Open is by far the greatest championship in the world. It's the only tournament where yardage doesn't really mean anything,” Player says. “It's insignificant.

“With other tournaments, you can say it's 160 yards. Even Ray Charles could say, well, give me an 8 iron because that's the yardage.

“But here you can hit a drive and a wedge to the 1st hole today. Tomorrow it could be a driver and a 3 iron, which happens regularly in most Opens.”

Some will argue that the weather for the first two days can eliminate half of the field. There is some credence to this; however, players can also get caught on the wrong side of the draw at any of the majors.

But, at The Open, no one type of player gains a distinct advantage over the rest of the field as is the case in the American-based majors – The Masters, US Open and US PGA Championships.

The US Open and PGA have become the domain for the game’s longest hitters, due to the way the USGA and PGA of America respectively set-up the courses for their championships. The last renowned shorter hitter to win either title was Corey Pavin, who won the US Open on a hard and fast-running Shinnecock Hills in 1995.

Augusta, too, offers bigger hitters a distinct advantage. When Bubba Watson won his second green jacket in 2014, he belittled the two back-nine par-5s with his prodigious driving. His efforts – and those of long bombers Dustin Johnson and Jon Rahm ever since – have simply generated more post-mortem discussion about the golf ball, how far it flies and the argument that it should be rolled back for the future betterment of the game. There will be no such discussion at Carnoustie this week.

The links has received no significant rain since the middle of June, in what is an uncharacteristically dry and warm start to the Scottish summer. The par-71 has been baked hard like an overcooked Scottish shortbread, turning the landscape into a rolling expanse of brown and yellow hues. Only the greens and tees have been watered to stop them from dying and, while they have been receptive and soft during the practice rounds, they will firm up as they are denied water over the course of the Championship.

Some, like Johnson, Rahm and the dual US Open Champion Brooks Koepka, are prepared to attack the course with their driver and take advantage of their length to hit over and beyond the penal pot bunkers that are strewn across the layout.

As a result, Carnoustie will present an intriguing Open Championship with all 156 starters in with a chance to hoist the Claret Jug.

Being able to drive the ball 350 yards brings no advantage over the player who only occasionally pumps a drive out to 290 or 300 yards. The key to winning this week will be good strategy and execution – The Open will be won as much between the ears as it is on the ground.

There are two schools of thought this week. Some, like Johnson, Rahm and the dual US Open Champion Brooks Koepka, are prepared to attack the course with their driver and take advantage of their length to hit over and beyond the penal pot bunkers that are strewn across the layout. With so little rain, the rough is wispy and dry and, according to Johnson, doesn’t pose the same threat it did in the Opens of 1999 and 2007. Dustin Johnson says he is prepared to attack the golf course by hitting driver whenever possible. PHOTO: Getty Images.

“If I can hit driver and take the bunkers out of play, absolutely going to do that,” Johnson said. “You know, this week, the bunkers, if you hit it in, it's a penalty shot. I haven't seen one yet that I've hit in that I could actually hit it on the green out of the bunker.

Koepka, who brought Erin Hills to its knees with his prodigious driving en route to winning the 2017 US Open, is in a similar frame of mind.

“Sometimes I can just take all the bunkers out by hitting driver. Especially no rough, if you can get it within 40 yards of the green, why not?” the reigning US Champion said. “There's no reason not to take advantage of that, especially with the rough being not so thick.”

Then there are those players like Tiger Woods and defending Open champion Jordan Spieth, who see little advantage in hitting driver and will adopt a strategy of playing irons from the tees to get their ball into the best position on the fairway to hit to the flags.

“This course can be played so many different ways, which is going to be the real interesting test is how we're going to manage our way around the golf course,” said Woods, who famously hit just one driver in his 2006 Open victory at a similarly hard and fast-running Hoylake. 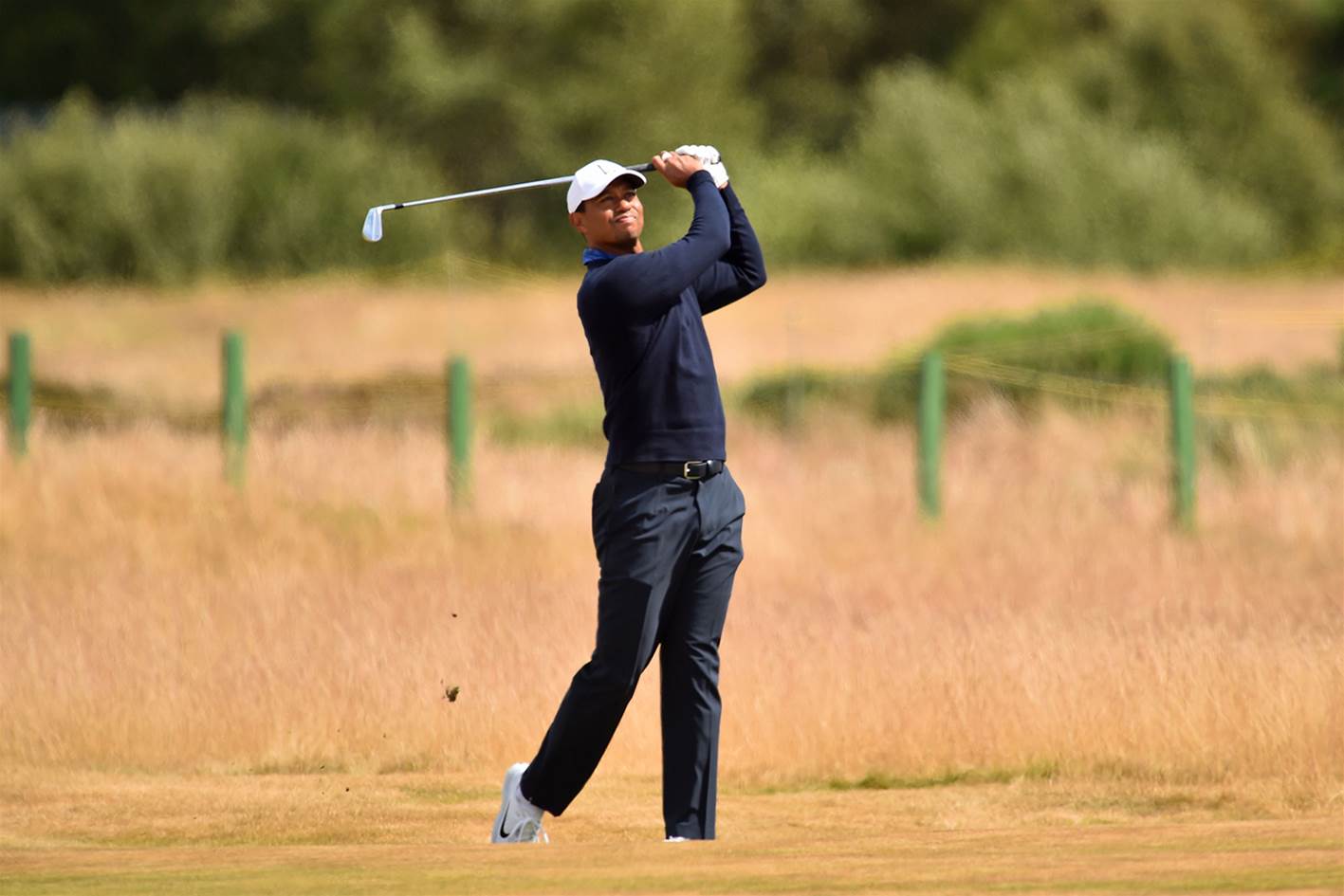 “There are not a lot of opportunities to hit the driver just because the ball is going to be rolling 80 yards. It's just hard to keep the ball in play. Even hitting sometimes 4- and 5-irons, they've been running 50, 60 yards.

“It's going to be an interesting test to see which clubs we're going to be using off the tees, and a lot of it is dependent on which way the wind blows.

Spieth, who on numerous occasions has professed his love for links golf and the creativity and strategy required, said he was looking to embrace a similar game plan.

Only time will tell which strategy prevails, but make no mistake no player can be discounted as a chance before a ball is even struck. This is what makes The Open the greatest of the four majors.