Golf’s spiritual home has never been more popular, with golfers from around the globe descending on its world-class courses. Our correspondent joined the throng for a once-in-a-lifetime experience on and off the course.

Journey to golf’s motherland and you will undoubtedly come away with lasting memories, a tick off your bucket list and a golfing hangover which is likely to take some nursing.

Golf Australia feature writer, Peter Quattro and his cohorts, McHarvey and McBroun, packed their clubs and made a beeline for Scotland – a country with more golf courses per head of population than any other country in the world.

And while the Old Course at St Andrews, the ancient links which dates back to the 15th century, is considered to be a site of pilgrimage for most golf aficionados, many of Scotland’s almost 600 other courses would sit comfortably alongside the world’s best. A week-long assignment to the game’s Holy Land unfolded as smoothly as a fine single malt. Well, almost …

Scotland sure packs a golfing punch, from great links lands to the lesser known coastal gems. What the country lacks in size and stature, it makes up for in history and significance. There’s little doubt Scotland is the undisputed heavyweight champion of the game, which is not only a social norm, but in some parts of Scotland it is essentially the economic lifeblood.

And, while in some corners of the world the game is still seen as elitist, in the land of its birth it enjoys widespread appeal, playing a key role in the nation’s sporting consciousness and is aligned to its egalitarian tradition. Prestwick, the birthplace of The Open, is one of the world’s most fun courses to play. PHOTO: Getty Images.

With nine tee times booked from one end of the country to the other in just eight days, ours was a tall order but as we set out from Glasgow – Scotland’s largest city which boasts more than 100 courses of its own – our exuberance was bubbling over and we didn’t give a second thought to the hundreds of miles by car or by foot that lay ahead. We’d been meticulous in our planning and wanted nothing to break our stride.

Bound for the quaint seaside town of Prestwick in South Ayrshire, we made the easy journey in under 40 minutes. Built on the windswept sand dunes that lie between the beach and its inland, Prestwick Golf Club’s history dates back nearly 170 years to a time when golf clubs were in their infancy and Old Tom Morris moved from St Andrews to create a 12-hole course. In nine short years Prestwick, a course that characterises the links of a bygone era became the home of the world’s first Open Championship.

“What the country lacks in size and stature, it makes up for in history and significance. There’s little doubt Scotland is the undisputed heavyweight champion.”

Prestwick is as challenging as it is unique and it’s fair to say they threw away the mould after it was built. In a way, Prestwick jump started our week, given it’s a course that requires you to play virtually every shot in your bag and it was here we first faced off with the dreaded deep pot bunkers.

With our gaze firmly fixed on the clubhouse and the warm thoughts of a wee dram to round out our day, Mother Nature suddenly unleashed her fury and Scotland lived up to its reputation. The wind and rain arrived in biblical proportions and in an instant we felt more like sailors battling a storm than golfers strolling the links. But as we putted out on 17 we knew where we were and why we came. Without a word spoken, we played on regardless as we did in similar conditions the next day at Turnberry. Love him or loath him, (President) Trump has given golf a shot in the arm. While many traditionalists may find his brazen gun-slinging approach not in keeping with the game’s etiquette and manner, there can be no disputing that with more than 20 courses and resorts now bearing his name, his investment in the business of golf is unprecedented.

There is unlikely to be a better example of his commitment than Trump Turnberry Resort, his biggest purchase to date. Naturally, the first thing Trump did after spending more than £200 million on the course and hotel restoration, is rechristen it. The ‘Trump’ Turnberry Resort is essentially Disneyland for golfers and for the purists, it’s reassuring that while the hotel is everything you’d expect from a Trump resort hotel, the course redevelopments have preserved the traditional Turnberry layout. With the memory of so many famous Open Champions omnipresent, playing Ailsa was perhaps our most anticipated round. Rated No.4 in Scotland, its ranking is befitting. Tee to green, Ailsa is awe-inspiring and it’s condition almost flawless. With the Ailsa Craig ever-present on the horizon, Ailsa Turnberry has arguably one of the most exhilarating eight-hole stretches of golf anywhere. Each of the outward holes from the 3rd, hugs the dramatic coastline of the North Atlantic and requires precision shot making and raw power, particularly if you’re game enough to tackle them from the back pegs.

With Prestwick and Turnberry’s Ailsa and King Robert the Bruce behind us, we made the 90-minute trek north to Gleneagles.

Such was our anticipation and haste that somehow we arrived at Gleneagles without the car key. Now you rightly ask how we drove a car 155kms without the key. Who would have known that with certain models of keyless cars, the fob only has to be in its proximity for the car to start and, will continue to drive until the ignition is turned off? Of course, we only discovered this after we stopped at the front door of the Gleneagles Hotel, the grandest hotel you’re ever likely to set eyes on. 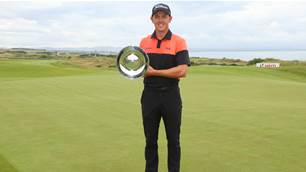