Melbourne’s South East is home to the world famous Sandbelt courses. Travel a bit further and you will find some lesser known, but highly-rated gems, like Cranbourne Golf Club.

In the decade after World War II, golf in Australia blossomed with dozens of courses being established. One of the hot spots for course construction was Melbourne’s far south eastern outskirts, just beyond the already well-established layouts that would become world famous as the stars of the Melbourne Sandbelt.

Curator and course designer, Sam Berriman, was one of the most sought-after designers of the time, having created layouts for Southern and Keysborough as well as overseeing the construction of Huntingdale, where he modified and improved the plans submitted by English architect C.H Alison. 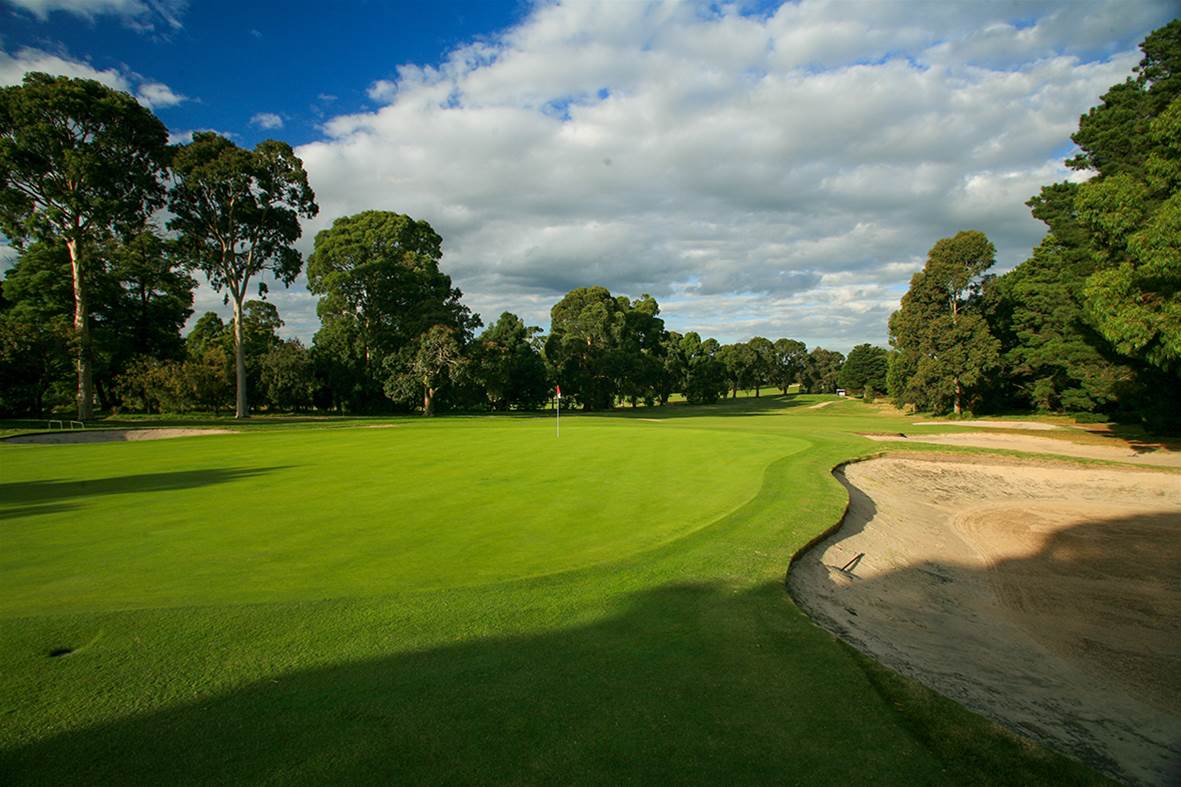 It's long, uphill and surrounded by sand ... welcome to the par-3 12th hole. PHOTO: Brendan James.

A decade after Berriman finished Huntingdale, he was commissioned to design a new course about 15 minutes’ drive south east of the then rapidly expanding housing estates of Dandenong. Relatively barren market garden land covering gently rolling terrain at North Cranbourne was chosen and today it is home to one of the lesser-known golfing gems on the edge of the Sandbelt.

The late Peter Thomson once described Berriman as an “an architect of rare talent and his Cranbourne design is a classic with this great course being worthy of any major tournament.”

Cranbourne Golf Club opened for play in April 1954 and chances are, if Berriman was alive today, he might not recognise his layout. Over its first two decades, course superintendent Gordon Black transformed the landscape by planting thousands of trees, which now frame every hole. He also established Cranbourne as a beautifully maintained layout, a legacy that still stands today.

Cranbourne might lie on the outskirts of the Sandbelt but it presents many of the same attributes to be found on courses within the famed golfing region. Rolling couch fairways, punctuated by creative and strategic fairway bunkering and large, subtly sloped greens generally surrounded by sand are the order of the day. 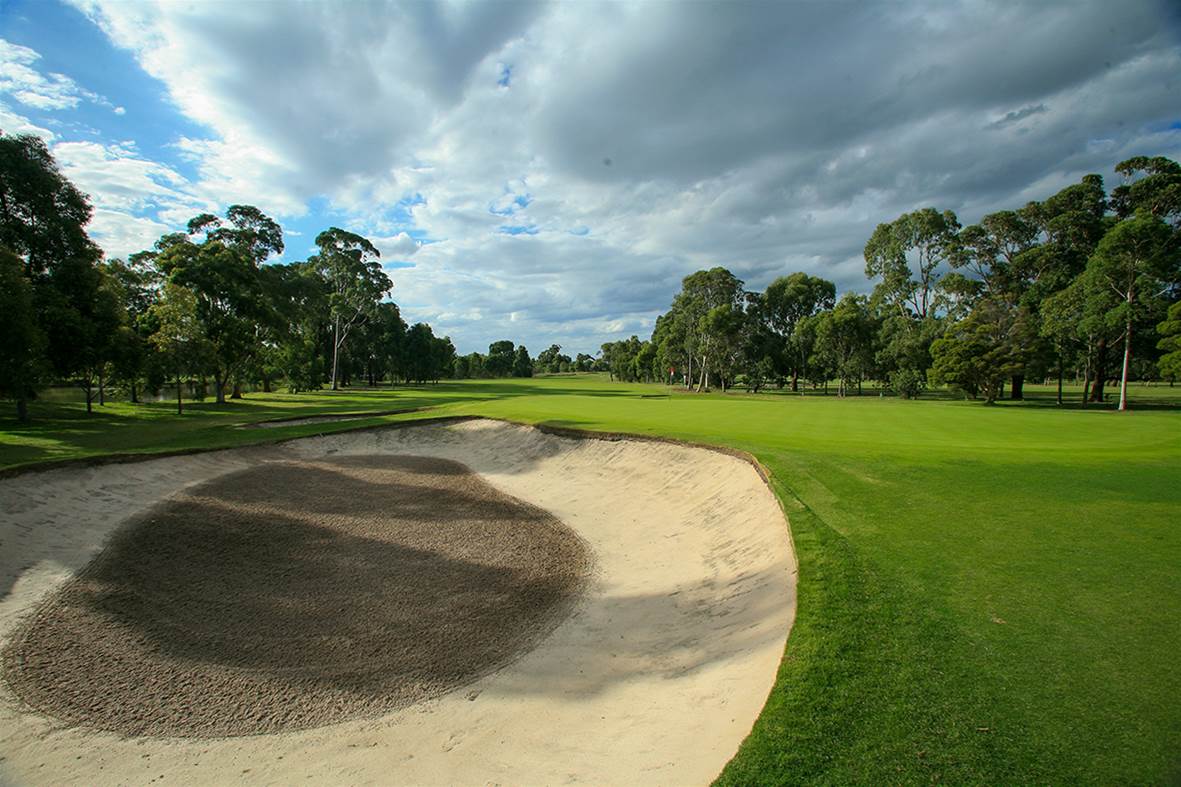 Where the opening hole, a 440-metre par-5, offers a birdie opportunity early, holes like the lengthy and testing par-4s at the 2nd (404 metres) and 6th (412 metres) holes can really hurt your score.

But it is the short par-4s at Cranbourne that really excite as each of them offer plenty of options in the way they can be played and they can turn the course of your round in a heartbeat. The best of them on the front nine is the 329-metre 7th hole where you can take the aggressive option of hitting driver over the corner of the slight dogleg left fairway to leave a short iron or wedge approach into the green, which is surrounded by five large Sandbelt-style bunkers.

The inward half – the better of the two nines at Cranbourne – boasts a shorter but even more treacherous par-4 in the 296-metre 15th hole. Here is a hole where you need a plan before a shot is struck. Long hitters can take on the green, but the drive must be pin-point accurate to avoid the five bunkers short and beside the green. A lengthy escape from sand for the second shot is as tough as it gets in the game. Adding to the difficulty here is a small valley short of the putting surface, which makes the flag appear closer than it really is.

The 15th is also part of a great closing sequence of holes, which actually starts at the 14th hole – a par-3 that can stand alongside some of the best one-shotters to be found in the Sandbelt. Redesigned in 2017 by Ogilvy, Clayton, Cocking and Mead (OCCM), the 135-metre hole (which can be played as short as 105 metres) demands a tee shot to be played over ti-tree to a dramatic putting surface ringed by cavernous bunkers. Be wary of the swale in front of the right bunker as it is difficult to get up-and-down from here. You’ll also find some of the most dramatic slopes of any putting surface on the course right here, so hitting the green with your tee shot means only half the job is done. 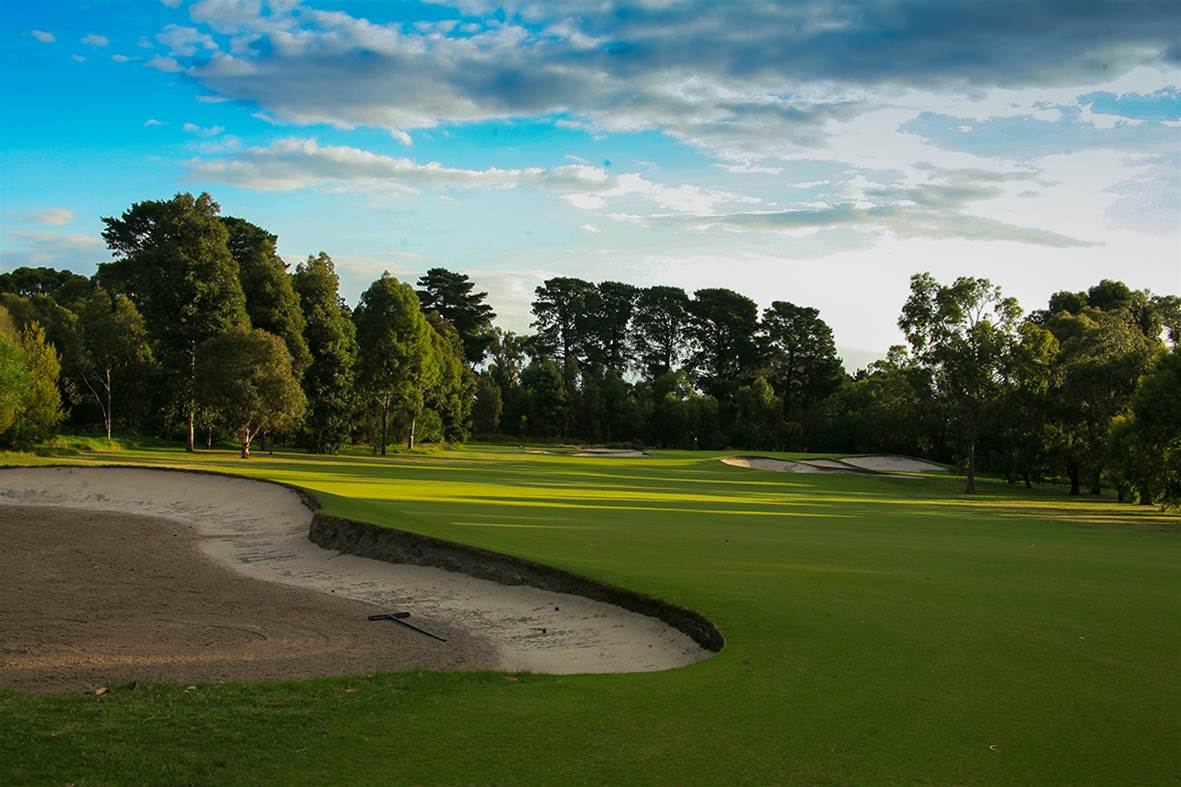 Complementing Berriman’s evolved design is a high standard of conditioning throughout. Of note is the set-up of the layout with the well-manicured couch fairways and bent greens being trimmed right to the edges of the many bunkers throughout.

One round at Cranbourne and you will know why it has been rated by Golf Australia magazine in Australia’s Top-100 Courses for the past decade.

GREEN FEES: Cranbourne is a private club, open to members and their guests. However, there are some visitor tee times available on weekdays for $70.

MEMBERSHIP: Cranbourne has a wide range of membership categories with the main categories offering five-, six- and seven-day playing rights. There are also age-specific, casual, lifestyle, junior and corporate memberships. To view the membership pack containing details of all categories and fees, visit the website www.cranbournegolf.com.au