Every golfer is always seeking a few extra yards off the tee. Here, we pick seven of the best 2019 distance drivers.

When it comes to selecting a driver for distance, there is no magic, one-size-fits-all formula for what works. Drivers that are built purely for speed tend to sacrifice varying degrees of forgiveness, while drivers built for stability generally don’t deliver quite so much ball speed. Therefore, purchasing a driver is all about deciding where along that sliding trade-off scale you feel comfortable.

The driver market right now is amazingly crowded. All of the major manufacturers have some great products, and if you dial them into your game with a proper custom fitting, then you’ll find there’s very little difference in performance among them.

Here are our picks of the bunch to help you make your choice.

The ST190G is the fastest of all the drivers we have tested this year. But that extra distance comes at a price. In pursuit of pure ball speed, Mizuno has placed weight low and close to the clubface. While this makes the ball speed very, very quick, it negatively impacts the club’s Moment of Inertia (MOI) – its resistance to twisting at impact on off-centre strikes. Because it twists more easily, any shot hit off-centre is going to be more wayward and will give up speed. Having said that, if you like to shape your shots, you’ll be able to do so really easily with the ST190G. The club’s lack of forgiveness makes it easier to work shots – you just need to be an accomplished player to pull it off.

Best for: The consistent swinger or players who want to ‘work’ the ball and find it easier to shape shots. Callaway’s Sub Zero drivers have been particularly popular with faster swingers who want to reduce spin. Jailbreak technology, which connects the sole to the crown, promotes fast, face-wide speed but this model is less forgiving than the standard Epic Flash. The big bonus is the movable 12g of weight at the back, which helps you enhance ball speed or dial in a particular shot shape. This is the first time Callaway has offered that option in a Sub Zero. It’s not quite as fast as the Mizuno ST190, but you have the option to trade that speed for a little more personalisation. This is a significant upgrade from the original G driver launched three years ago. Ping isn’t making huge distance claims; the company views the weight on the back being much more about enhancing both the customisation and fitting process. That’s in stark contrast to the other big brands who are still hammering the bigger, faster, longer message. However, more accurate fitting does lead to more distance. The G410 Plus enables you to put the weight in line with where you tend to impact shots on the face, which can increase ball speed – something you haven’t been able to do with any previous Ping driver. Titleist’s TS series drivers – standing for Titleist Speed Project – encompasses three models designed for speed. The TS4 offers a 430cc head in a traditional shape with mid launch and the lowest spin, the TS3 incorporating the company’s ‘SureFit CG’ for customised speed, while the TS2 delivers maximum forgiveness and a low and deep centre of gravity (CG) for straight, high launching and low spinning drives. The ‘Speed Chassis’ utilises an ultra-thin titanium crown, thinner and faster face, streamlined shape and optimal weight distribution, all of which results in increased ball speeds and distance from the Tour proven TS2 across a larger area of the face in a more modern head shape than its fellow TS drivers. The F9 Speedback is a very good all-round driver – a great blend of tech and aerodynamics. The face is CNC-milled, which means the tolerances are really tight, thereby improving precision and consistency. This driver has a lot going for it. Not least, it’s one of the best value-for-money drivers on the market right now. It also comes with Arccos
shot-tracking technology in the grip, so you can hook it up to your phone and it will tell you where you hit every drive this year. And it’s been validated on Tour with wins by Rickie Fowler, Bryson DeChambeau and Lexi Thompson.

Best for: Value for money. TaylorMade’s M5 model is all about giving golfers the ability to really customise their launch conditions. If you really want to reduce spin, say, and dial in a specific shot shape, M5 is the club. The M6, however, is built with the aim of creating a face as close to the legal speed limit as possible, but with more forgiveness than the M5. That speed is paired with TaylorMade’s Twist Face technology – a corrective face angle that’s designed to straighten out mishits. A lot of Tour players choose the M6 because they want that extra forgiveness without having to trade in their ball speed. Lower spinning and more penetrating than its Z 585 stablemate, the Z 785 driver from Srixon features a Tour preferred look and shape that is favoured by Kiwi Ryan Fox, one of the longest hitters in Europe. The adjustable hosel and swing weight of the Z 785 allows players to dial in their setup for maximum distance, which is driven by Srixon’s Ti51AF cup face that the company boasts is its fastest and longest in history. A lightweight carbon crown allowed engineers to precisely locate weight for optimal ball flights and improved forgiveness, which is slightly higher in the 585, although the 785 produced higher ball speeds as well as carry and total distances in our testing

Key tech: The strongest and hottest face in Srixon’s history. 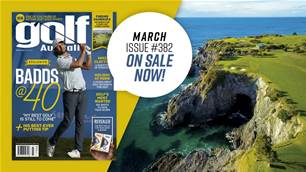