Paul Broadhurst showed nerves of steel to survive the toughest closing four holes in golf to card a final round four under 68 and win The Senior Open at Carnoustie.

ENGLAND’S Paul Broadhurst showed nerves of steel to survive the toughest closing four holes in golf to card a four under 68 and win The Senior Open Championship at Carnoustie.

In relatively benign conditions, Carnoustie’s brutal final foursome proved troublesome for many during the final round of the championship but not Broadhurst, who birdied the 15th and scrambled his way to pars on the remaining three to grab the title by two strokes from American Scott McCarron. 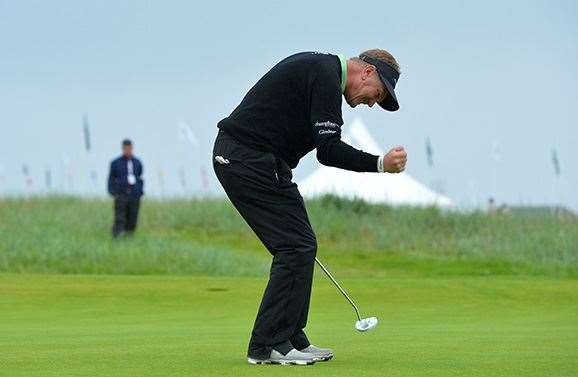 The 50-year-old looked certain to drop a shot at the par-3 16th hole when his tee shot left him an awkward recovery shot but he was equal to the task. Buoyed by the save on 16, he made sand saves for par on 17 and 18 to keep McCarron at bay.

“I guess I was pretty in control of my emotions all the way around until I holed the putt at 15 to go one ahead and then suddenly reality hit and the swing got a little bit faster and the heart rate got a lot faster,” he confessed.

“I was chasing at the time. On the 15th tee, I was one shot behind. So I wasn't really thinking of winning. I was just trying to get it in play and create a chance if I could and I hit a perfect drive at 15, a great 7-iron to about four feet and rolled it in for birdie.

“It was then, really, that I thought: ‘Wow, I've got a realistic chance of winning.’ It wasn't until then that I really gave it a thought.”

Spain’s Miguel Angel Jimenez looked set to win his first major title as he began the final round with a four-shot lead, having scorched around Carnoustie on Saturday with a seven under 65. 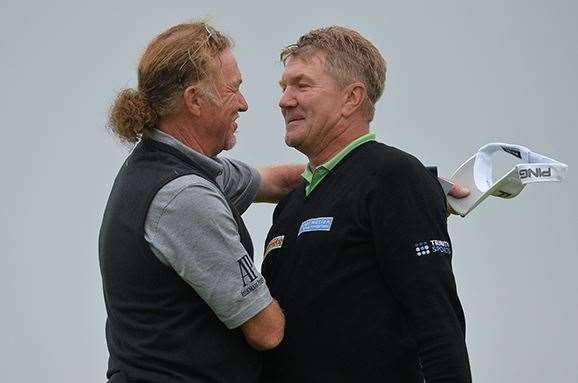 Broadhurst is embraced by playing partner Miguel Angel Jimenez, who let his chances of victory slip during the final round. PHOTO: Mark Runnacles/Getty Images.

Playing alongside Broadhurst, Jimenez had him matched through eight holes but a soft bogey at the 9th followed by a double bogey on the par-4 10th, when he hit his approach into the greenside burn, and the Spaniard was back-pedalling.

Coming to the final hole, Jimenez had a chance to tie Broadhurst if he birdied but the pressure was too much and he stumbled to a closing double bogey, which cost him the runners-up cheque.

For Broadhurst, who won six times on the European Tour and enjoyed a 100 per cent winning record from two starts in the 1991 Ryder Cup, this win is the biggest of his career.

“This is bigger than all of those wins, I think,” he said. “A lot, lot bigger. It’s absolutely massive. I played some of my best golf this week. I hit the ball really nicely and my iron play was really good. The hard work I’ve put in paid off.” 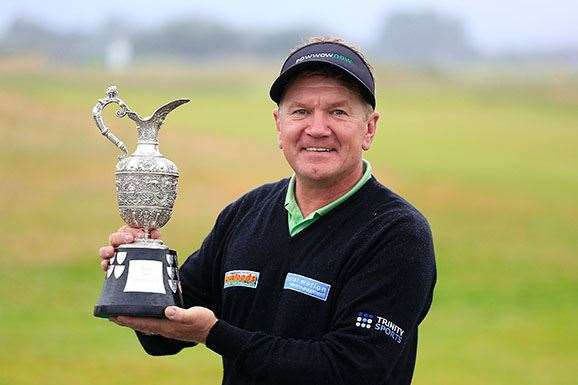 Broadhurst with the trophy and a two-year exemption on the lucrative Champions Tour in the United States. PHOTO: Phil Inglis/Getty Images.

Aside from a £213,000 cheque the victory is career-changing, with starts on the US Champions Tour no guaranteed for the next two years.

“I'm not aware of how big it is yet honestly,” a beaming Broadhurst said. “I'm trying not to think about it. Beyond my wildest dreams to be honest.

“This sort of thing doesn't happen to players like me normally. I’m usually always the bridesmaid. I've won a few tournaments over the years, but nothing anywhere near as big as this event. I feel very, very privileged to have won.”

NSW’s Peter Fowler was the best of the Australians, rounding out his campaign with a one under 71 to finish tied for ninth. ‘Chook’ looked set to make a run at the trophy after 36 holes with a second round 69 that included seven birdies, but a third round 75 saw him start the final day eight shots from the lead.

Victoria’s Mike Harwood closed with a 79 to finish tied 54th, while Peter O’Malley, Craig Parry and qualifier Guy Wall did not make the cut. 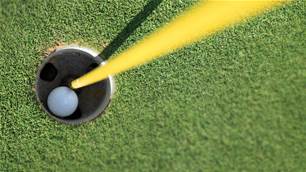 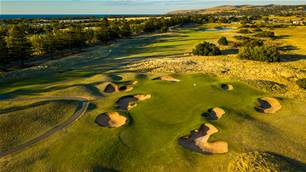