Tournament golf in this country has not been short of critics in the past, primarily due to the shrinking men’s schedule. But recent years have seen this country innovate and evolve, with last week just the latest example.

The Vic Open concept of course has come along in leaps and bounds since the men’s and women’s events moved to play alongside one another at the same venue for separate prizemoney equal in value.

Unfortunately, the current global situation meant there was to be no Vic Open in 2021, but the powers that be have created a concept, that while different and not on the same scale, yet, is equally deserving of plaudits. One personally experienced last week for the first time.

The Players Series events take the Vic Open idea a step further, with men and women competing for the same trophy and money across scaled courses, with television coverage of the final two rounds and big names attached as hosts.

Anyone who saw the maiden effort at Rosebud in Victoria hosted by major champion Geoff Ogilvy was no doubt impressed, with veterans, up-and-comers and both men and women contending down the stretch. 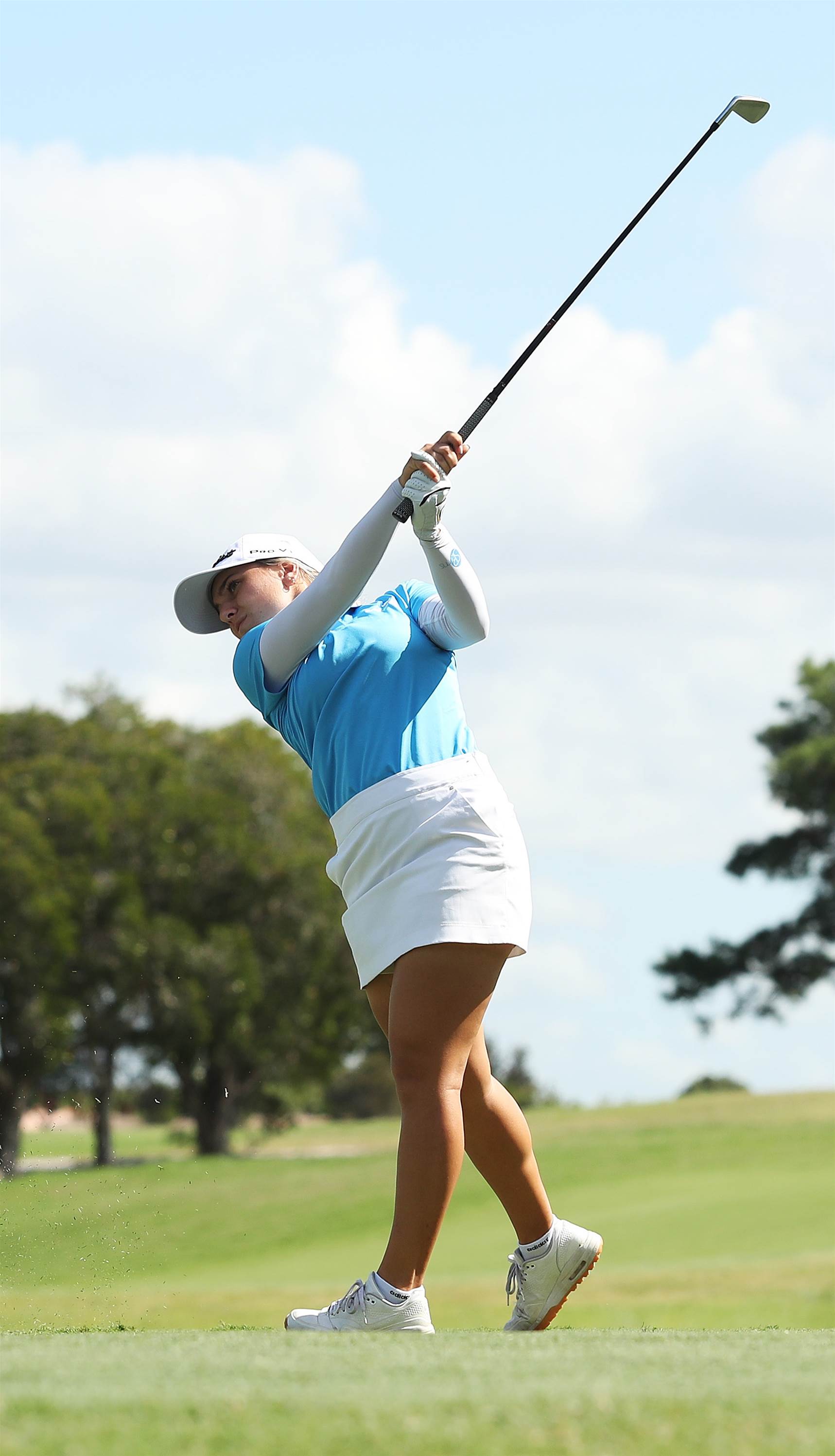 Being involved in a variety of ways – including caddying, spectating and working – last week at Bonnie Doon, where Rugby League legend Braith Anasta played host, I walked away an unabashed advocate for the tournament format. And believe the absolute majority of competitors feel the same.

RIGHT: Steph Kyriacou had Bonnie Doon abuzz with excitement on Thursday morning at The Players Series. PHOTOS: PGA of Australia.

From Thursday to Sunday there was an unusual buzz for a relatively small prize purse event played without any of the seriously big name Australian players, with every element of The Players Series doing its part in creating the vibe.

Members of ‘The Doon’ were out in their numbers, so too general golf fans looking to watch on in person, with Sunday’s final round something of a Sophie’s choice whether to watch in person or take in the constantly improving Foxtel coverage from the comfort of the living room.

The mix of men and women is magnificent for a number of reasons, not least the depth of the fields, with players like Su Oh and Steph Kyriacou added to the likes of Jake McLeod, Peter Lonard, Dimi Papadatos to name but a few.

Despite grabbing all the headlines on day one following Kyriacou’s stunning eight-under round to lead, the women in the field didn’t feature in the closing stages this time around. But rest assured every effort is being made to ensure that this can’t be blamed on the balance of the courses, with each player filling an extremely detailed stat sheet per round to ensure the numbers allow for competition.

Beyond the mix of competitors, embracing a golf-loving and industry involved person like Anasta proved another wise move from the PGA Tour of Australasia and WPGA Tour, with the former State of Origin player on site constantly for the entire week and leaning on his well-known friends to generate additional media coverage.

The launch of the NRL season is just days away, and having a number of current and former players on site for the pro-am on Wednesday saw news crews and journalists take the opportunity to grab a quote while perhaps unsuspectingly promoting the sport of golf.

Anasta is now part of a player management company, Searoo Sports, that looks after a number of golfers, and embracing someone of his stature makes sense for Australian golf and is to be commended.

"I walked away an unabashed advocate for the tournament format. And believe the absolute majority of competitors feel the same." - Jimmy Emanuel.

The tournament organisers have of course been forced to embrace new regulations around their events, and the switch to players using scorecards on their phone, although perhaps a little difficult for the golfers so used to not touching their devices during play, means that live scoring is more up to date and requires less feet on the ground to conduct an event. That adaptation is yet another positive string to the bow.

The Players Series concept is not a completely new one, having been adapted from events in Europe, but as has often been the case in a number of ways, Australian golf has given it a new spin and for the better in this writer’s opinion.

The addition of juniors to the final round play is a major positive for our next wave of top players, albeit a gut-wrenching one to imagine as a teenager still learning the game.

This week the Queensland Open will welcome a number of women in the field, as will the NSW Open later this month. The state Opens won’t feature varied tee lengths, but it is another step forward for the two local Tours and the state organisations that run the events that surely have been influenced by the success of The Players Series.

More tournaments in this model are sure to follow, with the many representatives of golf’s governing bodies on site last week espousing similar views to those here. And while my personal view is that the concept is not a one size fits all to be applied to the national Opens and PGA Championship, it is one with a great deal of validity and potential.

One that rightfully has earned golf in this country some wider attention, and those that run the game a well-deserved congratulations.