The Australian bid for a first Open win in 23 years ended with a whimper at Royal Troon, as the weather and an unlucky draw took its toll. Brendan James reports.

IT has been 23 years since an Australian got his name etched in the Claret Jug. In that day in 1993, Greg Norman scorched around Royal St Georges in 64 to beat his long-time rival Nick Faldo by two strokes.

There was plenty of promise heading into the 145th Open Championship that one of the 11 Australians in the field – led by World No.1 Jason Day and fellow Queenslander Adam Scott – that the drought would end on the windy west coast of Scotland. 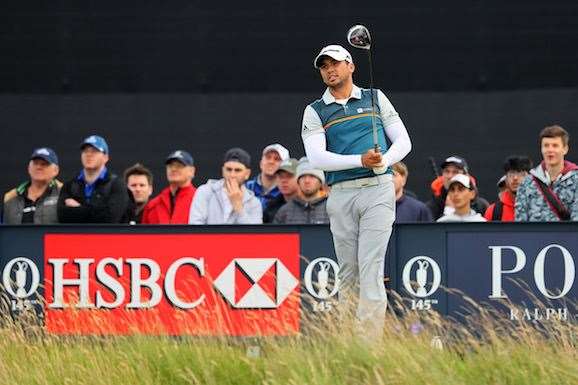 Jason Day was the best of the Aussies, finishing tied for 22nd at one over, 21 shots behind the winner, Henrik Stenson. PHOTO: Andrew Redington/Getty Images.

But a first round tee time draw saw 10 out of 11 Aussies in the field set down to play primarily in the morning, which ultimately proved to be the wrong side of the draw. As they battled high winds, the afternoon wave – that included the record-setting Phil Mickelson – enjoyed ideal conditions with no wind and sunshine. One local reporter joked it was Scotland’s only half day of summer.

The second day proved even worse for the Aussies as they switched to play in the afternoon and had to battle the most atrocious weather of the tournament, with heavy rain and winds gusting up to 60km an hour sweeping across Royal Troon.

HOW THE AUSSIES FINISHED

If anything, the six Australians that ultimately made the cut – Day, Scott, Matt Jones, Marc Leishman, Scott Hend and Greg Chalmers – did remarkably well to do so. The tale of their misfortune could be seen on the final leaderboard with all but two players – veteran American Steve Stricker and four-time major winner Rory McIlroy – in the top-10 coming from the ‘right’ side of the draw.

“It depends on what wave you were on, but that's one thing that I've learned over the years is that the weather can have a big impact obviously how you play that week,” Day said.

“Myself, Rory and Jordan (Spieth) were kind of on the bad side. So it's just if you call it unlucky, it may be unlucky, but you've got to embrace it and try to play good. 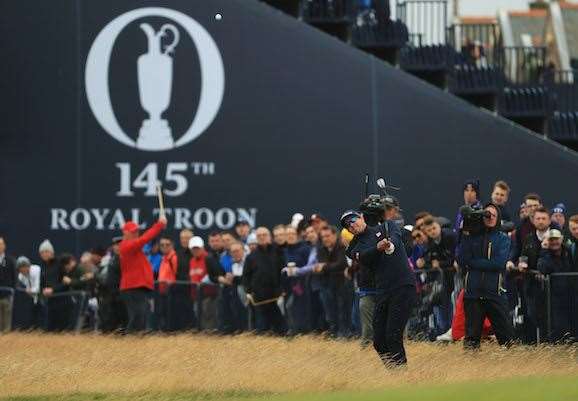 Adam Scott says his ball-striking improved through the course of the Open but he couldn't get the green speeds right. PHOTO: Mike Ehrmann/Getty Images.

“We're all here to try to do one job and that's win, and unfortunately this is the only major championship where you have to battle the elements and if we're playing in America, usually it storms and there's lightning and we get off the course. But we play through pretty much anything here,” he laughed.

Although Scott benefited from being on the correct side of the draw, he struggled to judge the slower speed of the Royal Troon greens for four days. He gave himself plenty of birdie chances (he hit 69.4 percent of greens in regulation to rank in top five in the field) and when he didn’t convert, more often than not his attempt finished short or low of the cup.