One of the oldest clichés in golf is that it is a game of opposites. But like all clichés it is a cliché for a reason. It’s true in many ways.

One in particular resonates with me: The longer I play, the more I realise that golf conspires against you right from the beginning.

None of us can change the fact that we live our lives by reacting instinctively. We can’t override our natural instincts. When we fall forward, our hands and arms automatically attempt to cushion our impact with the ground. Our bodies react before our minds kick into gear. It’s a survival instinct born of a time when we lived in caves.

The same sort of thing is true in golf. Our brains tell us to hit up on the ball in order to get it into the air. But when we do that, the ball goes low. To make a shot go up, you have to hit down, which instantly confuses our natural instinct to “lift” the ball. And the more we try to lift, the lower the ball goes, to the point where we are topping shots.

That is the first hint that golf is not an easy game. You actually have to try to hit the ball low to make it go high, which is difficult to get your head round.

The next step up from that basic level is hitting shots in the air. And we do that mostly with our arms and upper body. That’s what beginners do. But there is a price to be paid. When the lower body doesn’t move much, the arms and club naturally swing left and the ball slices to the right. 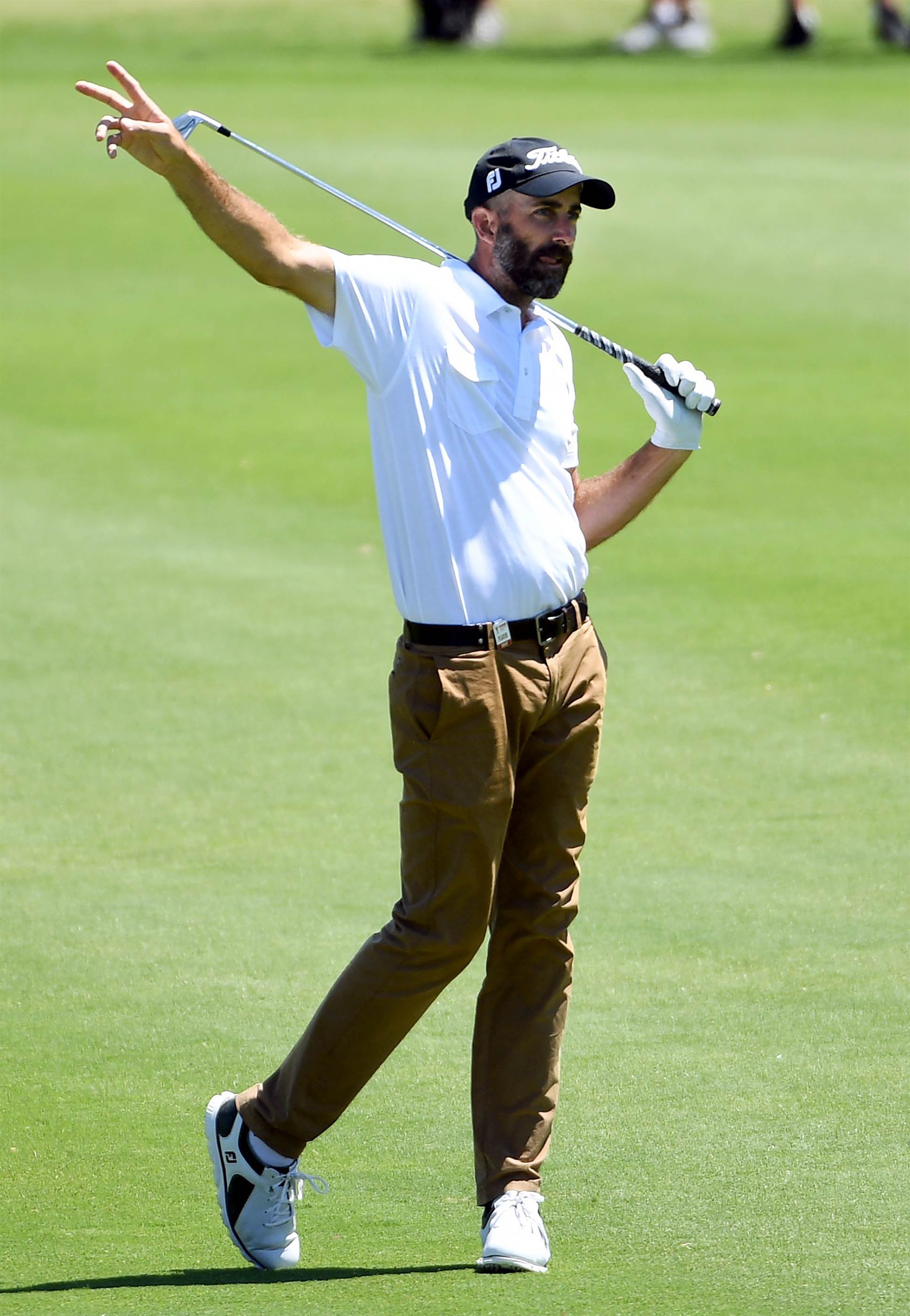 After even a short while doing that, your brain gets sick of hitting the ball to the right. So you decide to hit some shots to the left. That’s what your mind tells you. But the “don’t go right” swing is what makes the ball go to the right. Your upper body comes “over the top” more and more on the downswing and you hit bigger and bigger slices. It’s a slippery slope that is only going to be completely disastrous. Taken to the nth degree, you end up missing the ball. All by following your instincts.

The good news is your instincts can be defeated. Once you understand what they want you to do, you can set up a scenario where they help you rather than hurt you. One of the greatest ball-strikers of all-time, Lee Trevino, worked that out. (It remains a mystery why no one has ever copied the way he swung the club). He wanted to hit a fade. But he wanted to hit a fade swinging from in-to-out, rather than out-to-in, the club moving away from his body through impact, not towards it.

The only way he could do that was by adopting a really open stance, everything aligned well left of his intended target. By doing that, his instinct was to push the ball towards the target. Everything in Lee’s address position helped him hit shots where he was looking rather than where he was aiming.

In my own case, all of my swing tendencies are rooted in a fear of the ball going to the right. In that respect, I’m the same as 98 percent of golfers. So I have to set up situations where I feel like my misses are going to be to the left. If, at any point during my swing, I get that sensation, my instincts kick-in and my body reacts correctly. Conversely, if I feel like the ball is going right, my body does all the wrong things.

So improving is not achieved through finding out how to swing the club better. Instead, it is finding out why you are not swinging it better. You need to get all the junk and information in your head out of the way. But you have to do that understanding how your instincts conspire against you. You have to think about golf in a way that is 180-degrees from where you were before.

Here’s my theory on how to cure a slice, the most common fault I see in pro-am partners at every event. Accept that you are going to slice. Embrace it. Don’t fight it. Hit the shot that you hate. Try to slice the ball as much as you can. The more you try to do that, the harder it will be to achieve.

Here’s my theory on how to cure a slice, the most common fault I see in pro-am partners at every event. Accept that you are going to slice. Embrace it. Don’t fight it. Hit the shot that you hate. Try to slice the ball as much as you can. The more you try to do that, the harder it will be to achieve. Over time, your slice will reduce. Let’s say your shots start off bending 40-yards left-to-right. A week later – still trying to slice as much as you can – that will be a little harder. So you’ll be down to hitting 30-yard slices.

If that process continues, your instincts will fix your slice completely. I believe that. Let yourself be a slicer. Aim off into the left trees all day. Do that and eventually your instincts will evolve to the point where slicing will be very difficult. You’ll go from hating your slice to not being able to hit one. All by using your instincts to create a “draw swing.” Hit slices to your cure your slice. Do the opposite.

Believe me, it’s the most liberating feeling there is. Aim at the left rough and swing freely. Look at former Masters champion Bubba Watson. He plays that way and has all kinds of fun. You can too. By letting your slice happen, your swing and mind will automatically become less inhibited. You won’t be worried about hitting into those trees up the right side.

I’ve come to these conclusions through lots of thinking and observing. My old coach, Dale Lynch, always told me that the answer to everything in golf is the opposite of what you first think. He believed that even when he didn’t know what I thought and so didn’t know what the opposite was. But he knew that when I eventually worked something out for myself, it would end up being the opposite of my first thought.