The question is so compelling because it has no obvious answer: What is it that makes some players so much more ‘watchable’ than others?

‘Golf Twitter’ was in meltdown during the third round of the PGA Tour’s Phoenix Open because Jordan Spieth, a former World No.1 currently languishing at 92 in the rankings, suddenly got hot.

Despite some awful driving Spieth produced a series of spectacular recovery shots and looked like the 2015 version of himself with the putter to post 10 birdies and sign for a 61.

The round catapulted him to a share of the 54-hole lead and the hot takes on Twitter about what might happen Sunday were almost too much to bear.

Few players have the ability to cause this kind of reaction among fans.

Louis Oosthuizen, owner of the most aesthetically pleasing move in the game, signed for a 63 the same day and rated barely a mention.

In the modern era Spieth, Tiger and Rory are the three who capture the imagination in a way others simply don’t.

Still, it remains difficult to single out just what makes it so.

In the case of Spieth my co-host on the Good Good podcast, Adrian Logue, posited a theory which is at least as interesting as any other I have heard.

"In the modern era Spieth, Tiger and Rory are the three who capture the imagination in a way others simply don’t." - Rod Morri.

Spieth, he says, is so completely immersed in each and every shot that he drags the watcher along with him.

There may be something in that, and for Rory and Tiger at their best, too.

(This is not to suggest that other players aren’t as invested but perhaps simply that it’s not so obvious to the onlooker.)

Spieth has long been known for his incessant talking to the ball (much to the chagrin of some) and Woods once commented that ‘when your eyeballs are sweating (because of the pressure) that’s when you know you’re alive’.

Rory, for his part, develops a bounce in his step which indicates to all in the know that fireworks are likely afoot.

Spieth didn’t go on with the job Sunday though he remained THE player to watch for most of the final round.

And his performance – while not the result he would have wanted – should give heart to every Spieth fan eagerly awaiting his return to the top of the game.

Despite being far from his best most of the week, he finished just two shots behind eventual winner Brooks Koepka, a valiant effort given his recent struggles.

But more than the cheque for his T4 finish or the accolades of those on social media Spieth achieved something far bigger this past weekend.

He gave the professional game a much-needed shot of interest and for that we should all be grateful. 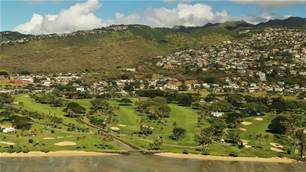