The attention, as it should be, was at the top of the leaderboard at the Old Course as one of the more compelling majors in recent memory unfolded.

But while Cam Smith and Rory McIlroy and fellow big names were fighting over the Claret Jug, further down the leaderboard a superstar of the future put the finishing touches on an impressive Open debut.

That word – impressive – crops up time and again when researching the relatively short though extraordinarily successful career of Korea’s Joo-hyung Kim.

Just 20 years old yet already a professional for four years, the reigning Asian Tour Order of Merit winner returned scores of 69-71-72-71 for a five-under total and a share of 47th position.

Toiling on the Asian Tour – particularly the disrupted schedule of the past two years – means Kim is somewhat of an unknown entity outside the region but one gets the feeling that won’t be the case for long. 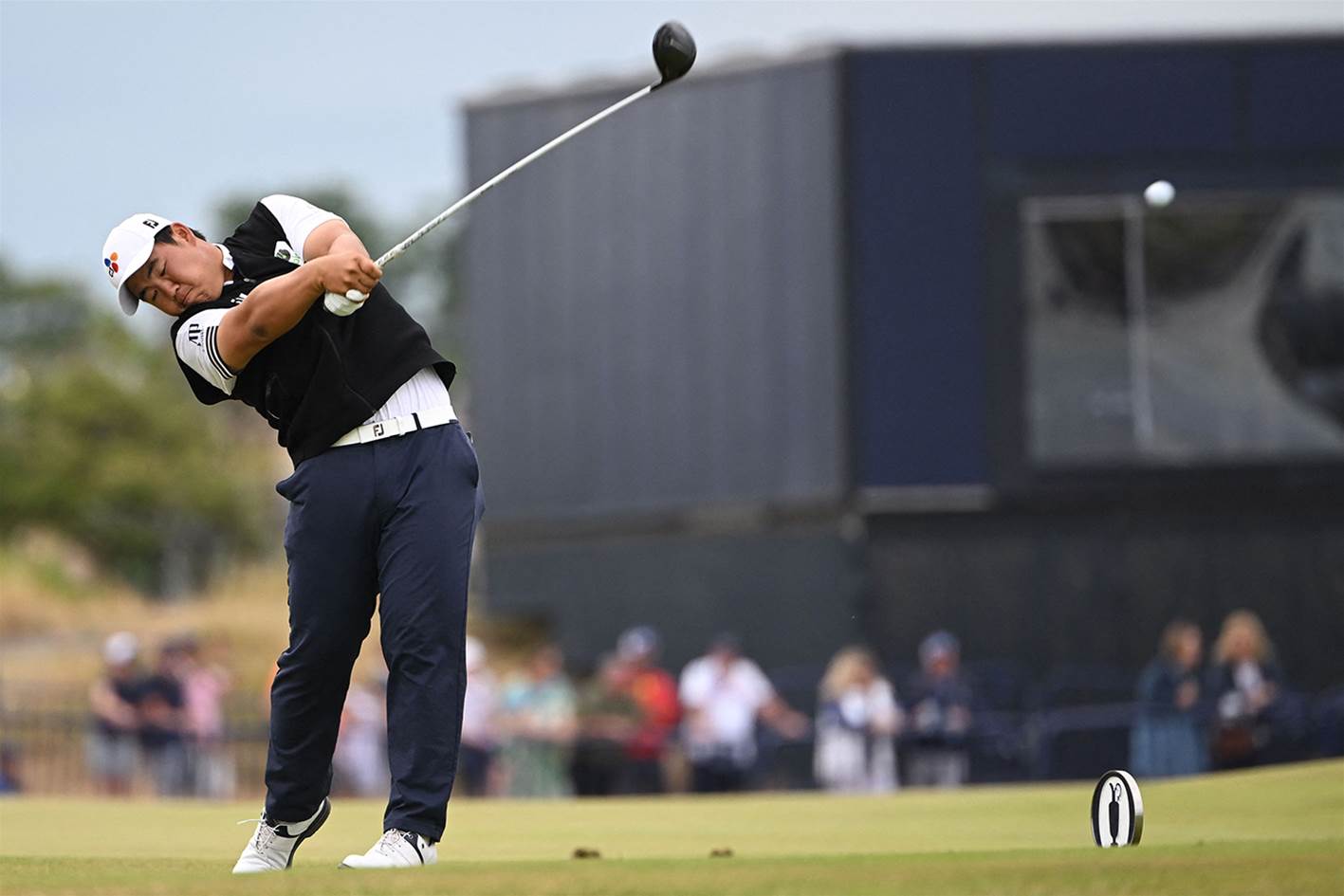 Korea's Joo-hyung Kim is impressing on the big stage at a young age. PHOTO: Getty Images.

Since missing the cut at the PGA in May, Kim has rocketed from 73rd in the Official World Golf Ranking to 39th at the start of the week and playing all four rounds at the Old Course won’t have harmed that standing.

That’s a lot of numbers (he also led the ‘fairways hit’ category at St Andrews) but there is more to golf than statistics and Kim seems to possess the elusive ‘it’ that separates the good from the very good at this level.
Yes, he’s a ‘flusher’ (as Golf Australia magazine Editor Brendan James put it after following him for a few holes in practise) but that’s not uncommon at this level.

More impressive (and perhaps more important) are both his attitude and ability to find the finish line.

Kim had a stellar (though brief) amateur career before joining the professional ranks on the Asian Development Tour where three wins as a rookie earned him a promotion to the main Asian Tour in 2019.

Just 17 at the time, Kim won in his third start as a member at the Panasonic Open in India (the second youngest to win on that Tour at the time) before Covid interrupted what was shaping as a runaway start to his career.

Despite no golf being played on the Asian Tour from March 2020 to November 2021, however, Kim picked up where he left off and in January this year claimed a second Tour title in Singapore and sealed the Order of Merit.

None of these achievements guarantee future success, of course, yet Kim looks on track to establish himself on the international stage sooner than later.

His recent forays into major championship golf will prove invaluable for a young player still learning his craft, the opportunity to tee up with world class golfers in the most important events the best way to measure his own game against the best.

History is littered with ‘can’t miss’ young golfers and it would be unfair to label Kim such.

But to this point, he has proved a quick study in what it takes to ascend to the top of the game.

Joo-hyung Kim is a name you might want to remember though in truth you might not need to because if he continues on his current trajectory you won’t have a choice.

Morri: A reminder of the simplicity of golf

Hayes: What would Jim Ferrier think?