Have you ever had that experience where someone close to you is losing weight but because you see them every day you don’t notice until they’ve lost a substantial amount?

The small, incremental changes pass us by without our noticing until it seems that one day, suddenly, there has been a dramatic shift.

This pandemic might have done something similar to that for golf.

Stripped of all the added extras we have slowly tacked on to it, it seems the simple challenge of the game itself is shining through.

Anecdotal evidence suggests many courses around Australia are busier than they have been since the halcyon days of the 1980’s.

Tee times are hard to come by and courses are full to overflowing. And all this without, for the most part, the added trappings we have come to expect – or even demand – of our golf facilities.

Until recently, most clubs and courses were operational for golf only, bars and restaurants unable to open.

"There are lessons for golf to learn from these difficult times and one of them might just be a reminder that at its core, the golf business is really about golf."

Yet still the crowds came.

Yes, golf being one of the few sports people have actually been able to play has undoubtedly had an impact but it is also undeniable they have kept coming back.

And not for the ‘added extras’.

People may have been drawn to the game through a lack of other options but they have stayed for the inherent joy golf offers.

The simple act of trying to guide a small ball into a slightly larger hole over an unfeasible expanse of land with a bag of implements ill-suited to the purpose remains undefeated in the entertainment stakes, it seems.

Which isn’t to say that clubs should do away with bars and restaurants and clubhouses (though many could do with a downsizing).

But perhaps what the last four months have taught us – again – is just how important the game and its playing fields actually are to most golf facilities.

It sounds a bit silly to say that out loud because it should be so obvious but most of us would have seen up close an example of a club that has gotten off track.

Whilst not having played it myself I have a colleague who is an enthusiastic admirer of the Frankston Golf Club model.

For those not familiar, Frankston (known as the Millionaire’s Club) is a nine-hole facility in the suburb of the same name near Melbourne.

It is simplicity personified, in every sense. The clubhouse has no staff and there is no club website.

The whole point of Frankston’s existence is golf and golf only and according to my colleague it is for this reason it has become his dream to one day recreate Frankston in Sydney.

It was Winston Churchill who famously advised that one should ‘never waste a good crisis’.

There are lessons for golf to learn from these difficult times and one of them might just be a reminder that at its core, the golf business is really about golf.

It sounds silly to say it out loud but little by little it’s a truth that – for many – had been forgotten. 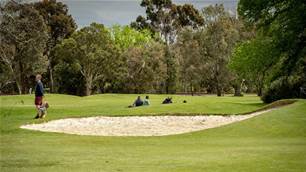 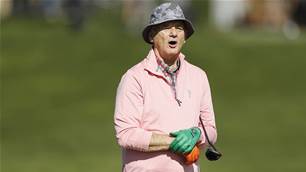 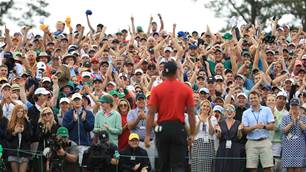 Augusta plans to have fans back at Masters