Golf lost two of its finest last week. One was Pete Dye, the famous golf course architect who gave us TPC Sawgrass and Hilton Head, among others.

The other was my mate Doug.

Naturally, a lot less people know about Doug than Pete Dye, but that doesn’t make one more important than the other.

Because Doug, like Pete, was a golfer. One of us.

I only played golf with Doug a handful of times in the 15 or so years I knew him but I still considered him one of my best golf mates.

We met through work. Doug was a spray-painter who owned the panel beating shop next door to my dad’s tyre shop. Bloody good spray painter, too, by the way.

I worked in the tyre shop for a few years in the middle of the last decade and Doug and I would wander into each other’s workplaces for a chat during quiet moments.

We never talked about work of course, unless we absolutely had to. We didn’t want or need to. We had golf.

A handy 12 marker in his day, Doug loved the game the same way I think pretty much all of us do.

Monday mornings were filled with tales of putts holed or missed and handicaps drifting out or in.

His favourite golfers were John Daly and Miguel Angel Jimenez. An odd mix, to be sure, but I think Daly appealed to his working class roots while he appreciated the Spaniard’s showmanship. He liked Adam Scott, too, and when the Queenslander won The Masters in 2013 one of the first text messages I got was from Doug.

“Finally!” it said, capturing succinctly the mood of an entire golfing population.

Doug loved his Scotty Cameron putter, and his two girls. I met the twins – Anna and Sarah – only once.

It was at the driving range one Saturday morning where we’d occasionally hit a bucket of balls before heading off to our respective clubs for the weekly comp.

They were 14 at the time and despite having no real interest in the game had come along anyway.

Doug and I watched them hit a few balls and in that annoying teenage way both were complete naturals, though neither caught the bug. Doug didn’t care, though. They were his whole world.

"Nobody will write about Doug the way they have about Pete Dye. But I am, because when you’re a mate and you share a love of golf and you have a column that some people read you should. And because he deserves it."

Doug retired a few years ago, a time in life he had looked forward to at least as much as anyone I’ve ever known.

Fishing and golf would occupy the bulk of his time when he wasn’t hanging out with or helping one daughter or the other.

Then a couple of years ago he got a sore shoulder. He went to the doctor. What should have just been a rotator cuff injury was somehow cancer instead. Prostate cancer, it turned out, and aggressive.

I’ll never forget the shock when he told me. I got that weird, numb feeling you get at moments like that where the world becomes a surreal, wavy, dream like space.

You can’t process the information you’ve just been given but simultaneously know at a molecular level exactly what it means.

Doug was a fighter and through several different chemotherapy treatments he maintained a brave face – and his sense of humour – and lived as normally as possible.

Then in September he got sick. Really sick. Under the circumstances, you couldn’t help but wonder if this was it, though you’d never give voice to such dark thoughts.

I went to visit him in the hospital and knew he was going to be all right when I walked into his room and saw the Scotty Cameron and three golf balls lined up against the wall.

“No point sitting here doing nothing,” he said with a grin when I quizzed him. I took a photo of the putter and put it on Twitter. He was chuffed when I showed him the responses from people around the world.

He got out a week later but he had taken a hit. I spoke to him a couple of times between then and Christmas and he was in pain and lacking energy but was staying positive.

Then last Thursday I got a call from a mutual mate asking if I had got the text.

Doug was back in hospital and the girls had sent out a group message from his phone saying things had taken a turn for the worse.

I hadn’t got the message but I immediately made plans to go and see him Friday. Sadly, I was too late.

I rang Anna mid-morning to find out if he was up to seeing visitors but as soon as she answered the phone I knew. Her voice said it all without needing any words. My heart broke.

I already miss my mate Doug and will forever regret not making it to the hospital to see him one last time.

But I’ll never forget him because he was my mate and part of my golf family.

Nobody will write about Doug the way they have about Pete Dye. But I am, because when you’re a mate and you share a love of golf and you have a column that some people read you should. And because he deserves it.

It’s the least I can do.

I don’t have a photo of Doug because we weren’t those kind of mates. But I have one of his putter and I have my memories and now you have some of them, too. I hope they bring you some joy the way they do me.

Doug’s actual name wasn’t Doug, it was William, after his father and grandfather.

Golfer. Mate. Good bloke. The highest praise you can give a man. 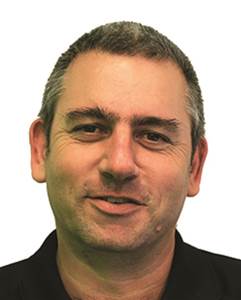