So, was this goodbye? Or merely “see you later?”

As ever with Tiger Woods, his disappointingly premature departure from the 150th Open Championship at St. Andrews was open-ended, definitive only in the fact that he absolutely hit the ball too often. Never mind contending, for only the fourth time in his now 22 appearances at golf’s oldest and most important event, the (permanently?) ailing 46-year-old missed the cut.

Not much else is clear-cut though.

His future – as a player at least – remains shrouded in characteristic mystery. Nothing new there, of course. Where Woods is concerned there have always been significant and, often enough, carefully crafted gaps in the narrative.

His past relationship with prescription drugs has never been fully explained. Nor his interaction with at least one dodgy doctor. Just how many women were there in his shadowy life during the “sex addiction” years? The cause of the car accident that has left him unable to walk with anything like relish also remains unclear. Did he fall asleep? Was he driving too fast? Did he simply lose control?

So many secrets. But this latest and perhaps final question is at least a little different. One suspects even the man himself does not know if he will be physically able to seriously compete again without the aid of a golf cart. As Tiger made his careful, sometimes hesitant and definitely laboured way around the premises, the course this week was not the only thing we can legitimately label “old.” 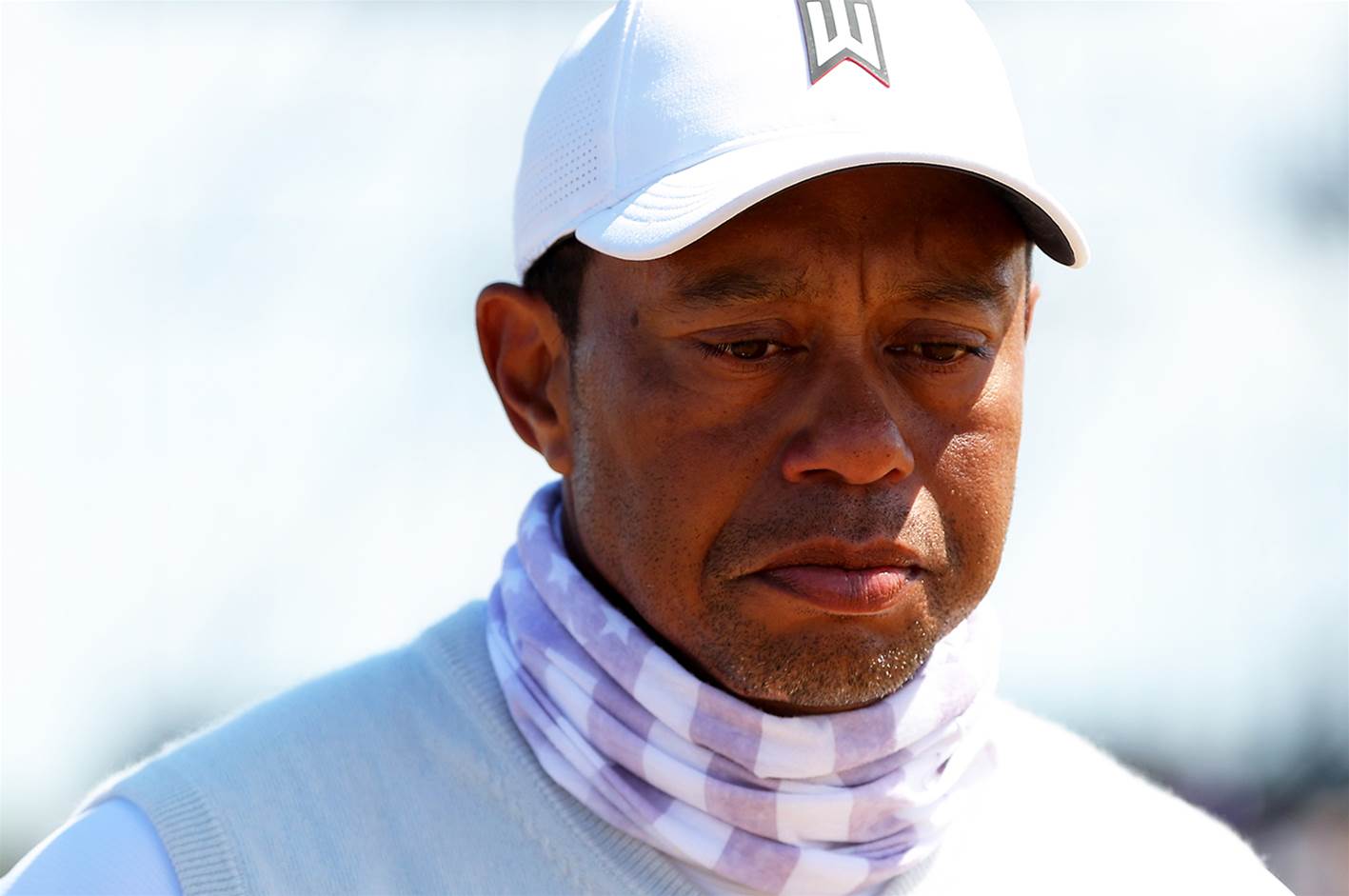 There is an obvious sadness attached to what we have just witnessed. No question, the man, who has surely played the game better than anyone else ever has, deserves to go out on his own terms. And at a time of his own choosing, if his stature as a golfer is to be our only measure.

While Jack Nicklaus owns more major championship victories – 18 to Tiger’s 15 – there is no doubt here that Woods’ best golf was superior to anything produced by the Golden Bear. That sounds outrageous and is not meant as a slur towards our game’s greatest competitor. Yes, Jack was clearly the dominant figure in an era featuring a host of truly great players, but he never won consecutive Grand Slam titles by a cumulative 23 shots, as Woods did in 2000. 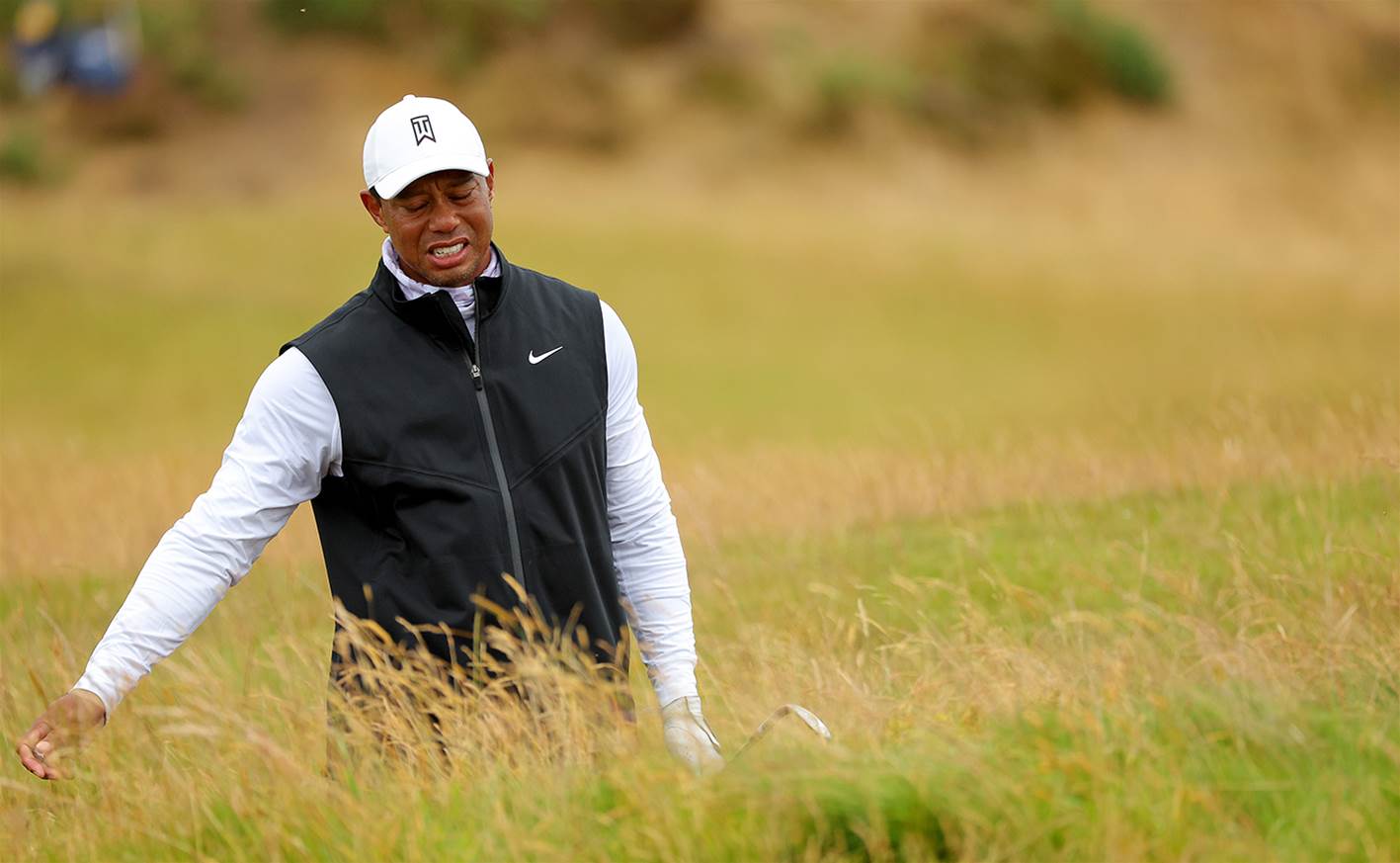 It was a sometimes painful display from Tiger at the 150th Open. PHOTO: Getty Images.

Unfortunately, then, it is the frailty of Woods’ body – not the peerless strength of his golfing mind – that will ultimately dictate when his amazing career will end.

Which is a pity in so many ways, not least in the fact that Woods’ recent history epitomised an old saying: he learned how to say hello only when it was nearly time to say goodbye. Just about every elite golfer says the same thing. Gone is the cold-hearted “killer” who saw off every challenger, along the way no doubt, breaking the hearts of those next in line – Ernie Els and Phil Mickelson.

Replacing that silent assassin is, by all accounts, a new Tiger. A changed man, an approachable man, a proud father of his two children. Which is good to hear. In many ways, this is a time of opportunity for Woods. Never mind that he can’t play like he used to. That was going to happen anyway. Even in golf, a game known for its longevity, Father Time remains unbeaten. And given that immutable fact, he now has the chance to assume a statesmanlike role. Think of the good the late Muhammad Ali was able to achieve long after he retired from boxing – just by being who he was.

Still, at moments like this, the temptation is there to look back as well as forward. Everyone has a Woods highlight reel, and this writer is no different. Two decades on, my friend and fellow Golf Australia magazine contributor, Mike Clayton, continue to reminisce about (and salivate over) a shot we saw Woods hit during the 2002 U.S Open at Bethpage Black. With us afforded the ideal “down-the-line” view and in the immediate aftermath of a lightning delay, he struck a towering 2-iron to a distant green. Tinged with fade and memorably translucent against the almost black sky, the ball flew and landed perfectly. I can see it now.

Years later, again in the company of Clayton (golf’s greatest spectator), I watched in awe at the subtlety and majesty of how Woods played Royal Melbourne at the 2019 Presidents Cup. Even in a field of star names he stood out, his command of flight and trajectory beyond the ken of any other. It was a beautiful thing, a rare thing and the perfect marriage of golfer and golf course. 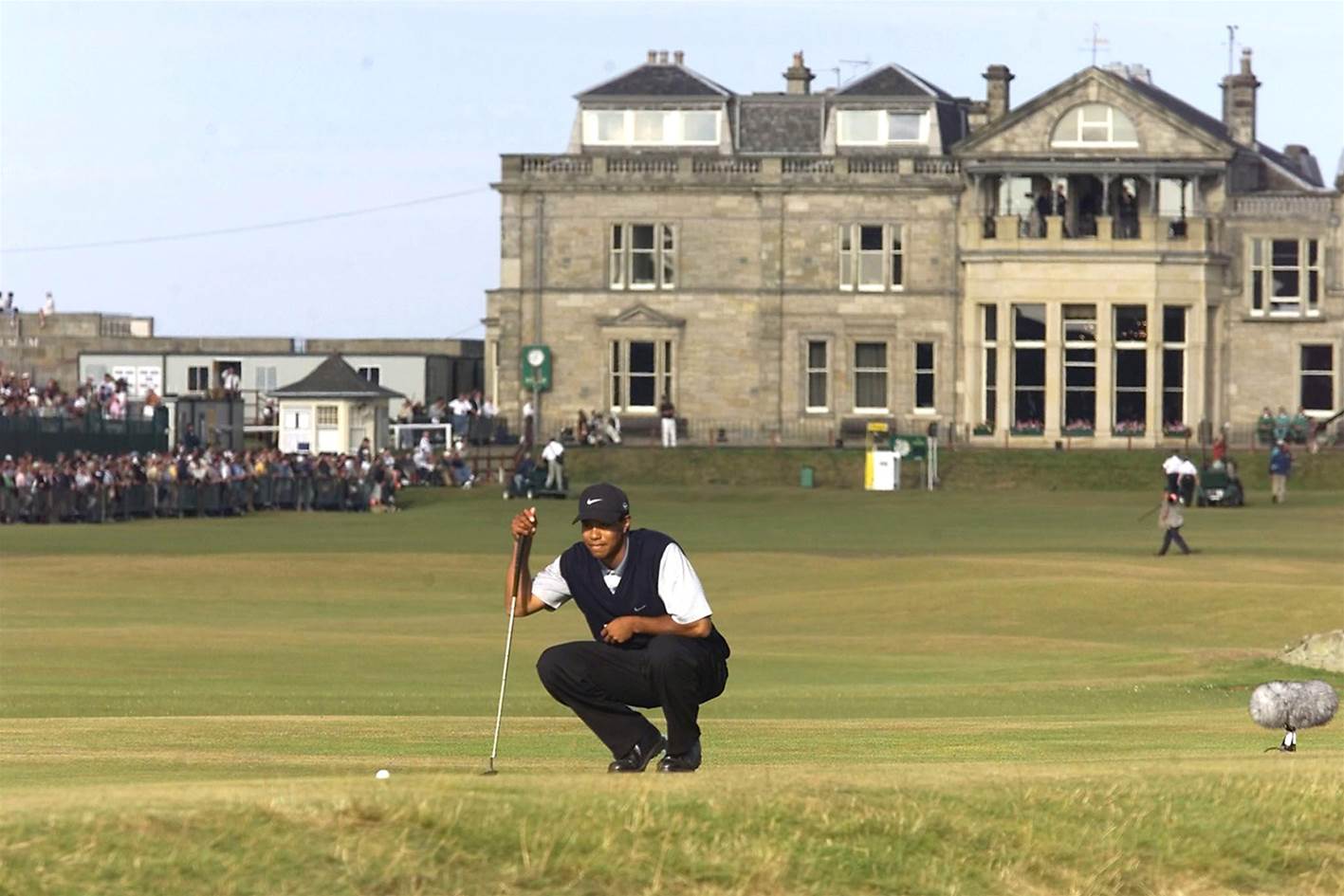 Tiger at St.Andrews in 2000, on his way to his record first Open Championship. PHOTO: Getty Images.

Then there was the 2000 U.S Open at Pebble Beach. It was a privilege to witness golf played in such a way. Not just the full shots but the putting too. Woods, the only man under par after 72-holes, won that event by 15 shots. You don’t do something so extraordinary with ball-striking alone. You just can’t. Tee-to-green superiority isn’t nearly enough to separate oneself to such an extent. The holing of (many) putts must also be involved. Which is an often-overlooked aspect of Woods’ dominant years. He missed putts, yes. Of course, he did. But he seemingly never missed one that really mattered. He knew the difference.

And now those days are gone apparently.

Tiger circa-2022 is more human. He misses (even) more fairways. His ball finds the occasional divot (he was always a lucky golfer too). His short game isn’t nearly as sharp. And he needs more than two-putts on many more greens.

None of which mattered as he made his emotional way up the 18th fairway. One of the most endearing traits in the land that gave golf to the world is the reception that has always been afforded the very best American visitors to Scotland. We’re talking Bobby Jones, Ben Hogan, Arnold Palmer, Lee Trevino, Nicklaus and Tom Watson. Woods belongs in that elite category and the crowd acknowledged his stature with their loud and prolonged display of generosity and respect.

So, we’ll always have the memories, even if Tiger’s shorter-than-planned visit to golf’s most famous place truly is the beginning of the end. Let’s hope, in fact, that at least for him as a man, this is actually the end of the beginning. Great things can still lie ahead.

Huggan: Can we have our Old Course back please?

Huggan: LIV a little … but not too much