Like all the best precedents, it came early. Long before Old Tom Morris – never mind his more illustrious off-spring – strode the links of St. Andrews, the diminutive David, in a shock result of some resonance, saw-off the big, bad Goliath. So, it is with all bullies.

Eventually, someone comes along to challenge their shallow authority. And soon enough, should things go as unexpected, a painful example of what they have inflicted on others is administered to their sorry selves.

For the power brokers of Ponte Vedra, the last few months have been, while not quite a Goliath-like experience, distinctly uncomfortable. Suddenly, golf’s leading professionals have a financially advantageous place to play, one that does not concede fiefdom to PGA Tour commissioner Jay Monahan. That is the new reality, even as deep misgivings prevail over the source of the cash that saw winner Charl Schwartzel pick up $4.75million at the first of eight LIV Golf Invitational events over the weekend. Saudi Arabia’s Public Investment Fund (PIF), the sovereign wealth investment fund of the Middle East nation, clearly has deep pockets.

While no right-thinking person is hailing the oil-rich Saudis as a force for good in the wider world, in the little part of the planet occupied by golf their elite power-grab might, at least in one way, actually turn out to be just what Old Tom’s game needs in the long run. For too long now, the PGA Tour has been golf’s Goliath, a selfish, insular bully whose every action betrayed a lack of desire to do what is best for the sport on a global basis. 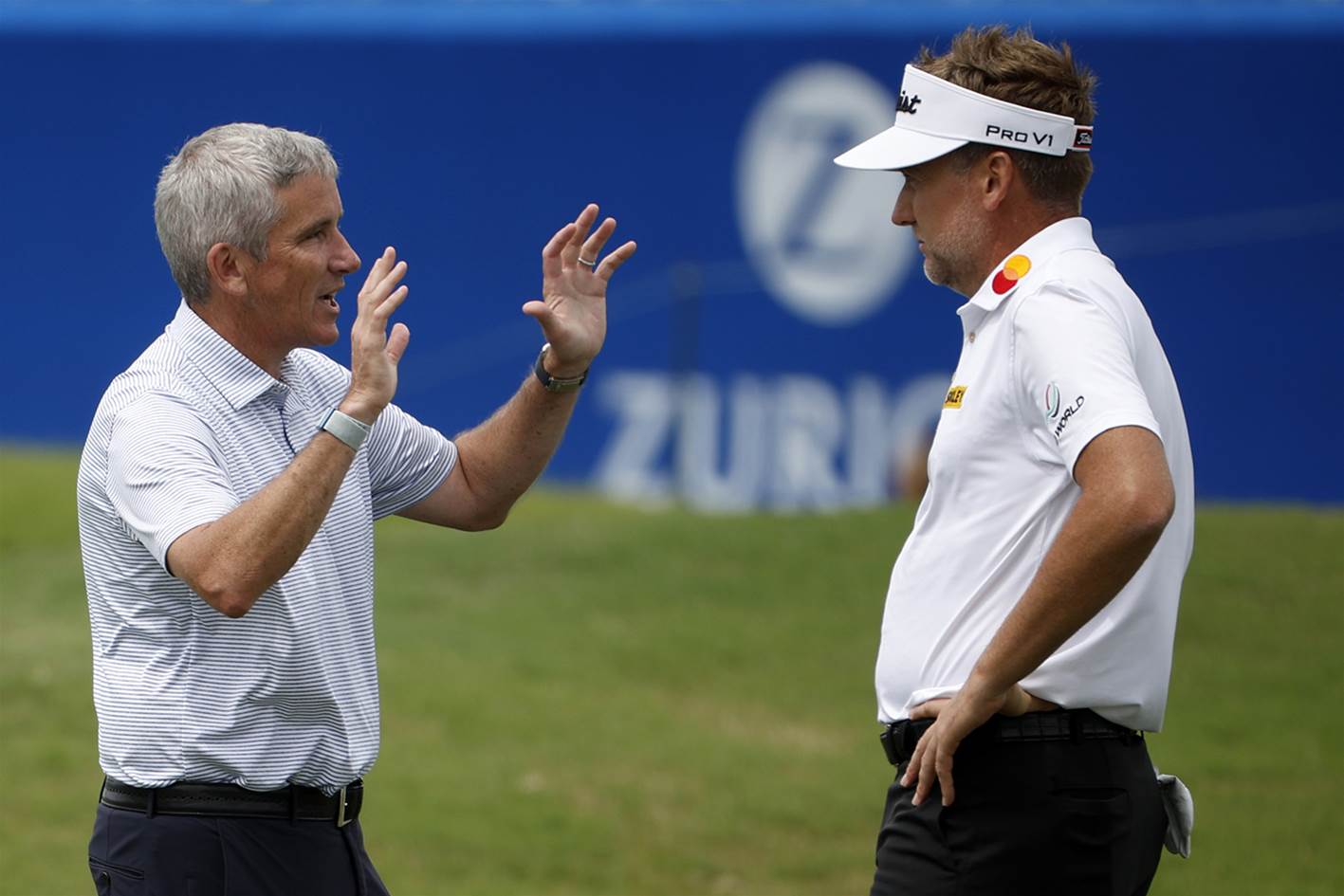 History – at least until recently – does not paint a pretty picture of how PGA Tour players have reacted to the presence of foreign interlopers. Bobby Locke was basically run out of town in the 1950s, a time when the eccentric South African was kicking the butts of Sam Snead, Ben Hogan and everyone else. Tony Jacklin has often spoken of how cold and unfriendly the Tour could be in the last 1960s. A decade later Seve Ballesteros was afforded the same sort of welcome, as he showed the Yanks how golf should be played. Right up-to-date, major champions Paul Lawrie and Michael Campbell have been shown no respect and barely an invitation on the Champions Tour.

"If LIV Golf really wants to do something that will mitigate (albeit only slightly) the appalling human rights record of the Saudis, they should consider knocking 50-yards off the distance their players can drive the ball."

So it is that the PGA Tour has long done what is best for the PGA Tour – everyone else be damned. But that degree of self-interest has never been acknowledged. Speaking from the Canadian Open at the weekend, Monahan was making familiar noises. “True and pure competition” was one way he described his circuit, which is a bit rich (oh, the irony) coming from a man who runs the Champions Tour. Surely nothing in sport is more of a closed shop than the over-50s boondoggle. Ask Lawrie or Campbell.

Then there is the treatment the PGA Tour routinely metes out to every other Tour in golf. Take Australia. Over the years, that wonderful country has produced any number of truly great players. Peter Thomson, Greg Norman (yes, him) and Karrie Webb are merely the best on a long list of those who have travelled far from home to take on and beat the best. Which is no surprise given the training grounds available Down Under. Royal Melbourne is, of course, the best layout in the southern hemisphere. But the likes of Kingston Heath, Victoria, Barnbougle Dunes and Lost Farm are not far behind.

And yet, despite all of the above, the Australasian Tour is, at best, second-rate. Maybe even third-rate. There are a few reasons for that sorry state of affairs. The economy is one. But so is the callousness of a PGA Tour that insists on an almost year-long schedule that keeps many of the Aussies away from home in the month before Christmas. A kindly soul might see that as mere thoughtlessness, but the PGA Tour doesn’t do that. Behind the smiles and the boasts of charitable donations, there lurks a cold business brain. Despite the endless protestations of doing what is “good for golf,” almost without exception the PGA Tour – yet again – does what is best for the PGA Tour, the game be damned.

Of course, it can legitimately be argued that the rest of the world missed a trick maybe four decades ago. Back then, the very best players were not American and the Europeans could and maybe should have taken advantage. Imagine a circuit that went everywhere in the world – Europe, Asia, South Africa, Japan and Australasia. That would have been a legitimate rival to the PGA Tour, one that would, ironically, have perhaps made the PGA Tour a better and more outward looking place in the 21st century. Today it is – too often – a tired and rather stale product, one that churns out a seemingly endless stream of near-identical 72-hole events week after interminable week.

That the PGA Tour is driven by money over all else is underlined by the fact that so many of the great old titles have been submerged by corporate greed. Some examples: “The Crosby” is now the AT&T. The Bob Hope Desert Classic has morphed into the “American Express.” The LA Open is now the “Genesis Invitational.” The Colonial has gone, replaced by the “Charles Schwab Challenge.” Even the most potent mix of history and nostalgia clearly doesn’t pay the bills. 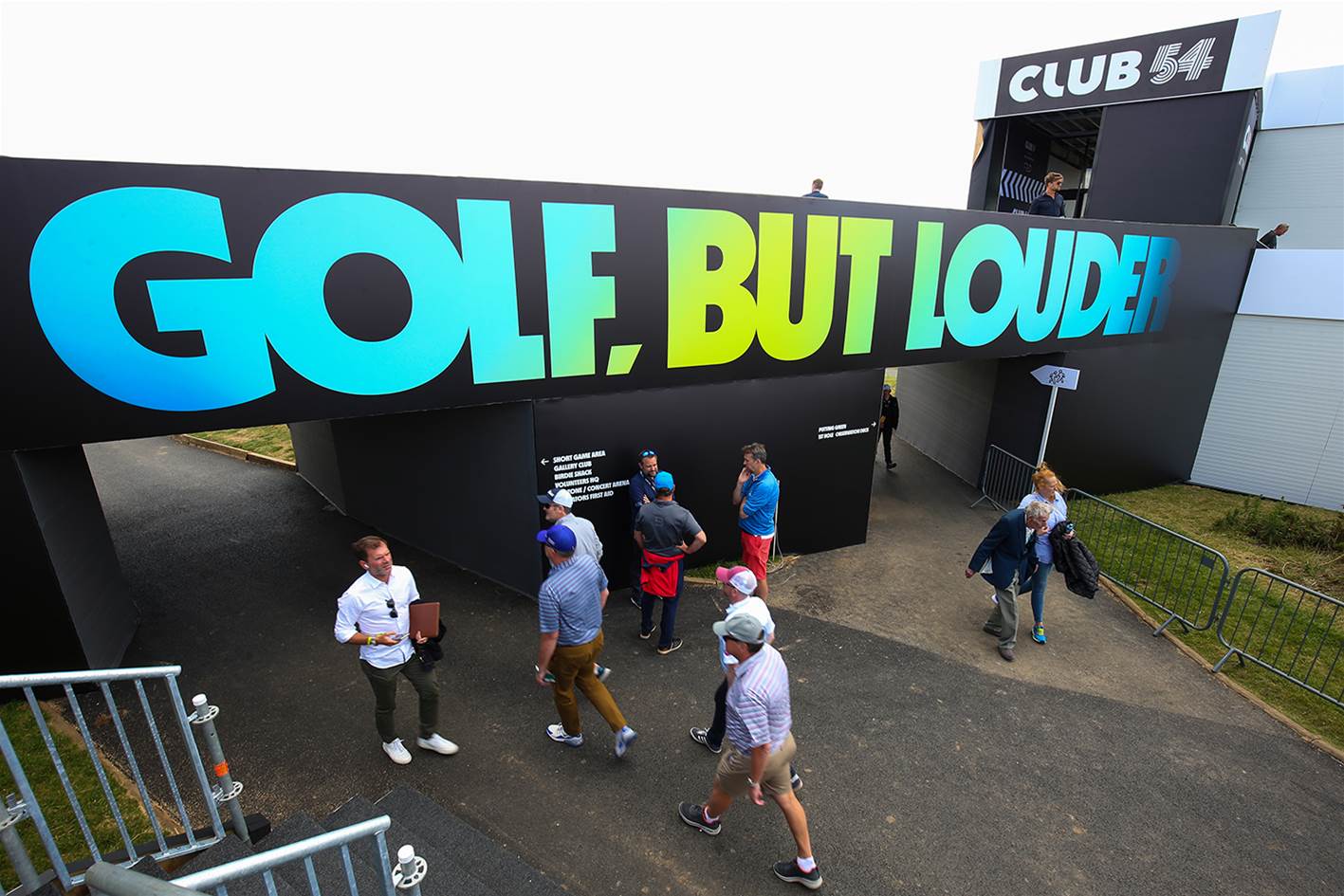 Entry into the LIV Golf Invitational at the Centurion Club. PHOTO: Getty Images.

Let’s finish with a wee bit of fantasy, something that may not have occurred to those in charge at LIV Golf.

If LIV Golf really wants to do something that will mitigate (albeit only slightly) the appalling human rights record of the Saudis, they should consider knocking 50-yards off the distance their players can drive the ball. Once that is achieved, a whole new world of courses opens up. Places that have been deemed ‘obsolete’ on the PGA Tour and DP World Tour – Sunningdale in England, Cypress Point in the U.S and even Royal Melbourne to name but three – would be back in play. Throw in a bit of imagination and think what a great circuit that could be. I’d watch.