It isn’t often that golf administrators are seen to choke, but we might just be treated to such a sight (literally) at the conclusion of this 150th Open Championship.

Should a proud member of the breakaway LIV Golf conglomerate be the last man standing come Sunday evening, R&A Chief Executive, Martin Slumbers, is going to have to swallow hard when he makes his iconic announcement at the trophy presentation.

“And the Champion Golf of the Year is someone who does not represent the best long-term interests of the sport as a whole and is entirely driven by money.”

Don’t scoff. It could happen. Already the leaderboard is littered with names of those who have taken the Saudi cash and made off into the desert. Dustin Johnson. Taylor Gooch. Abraham Ancer. Ian Poulter. Patrick Reed. Sergio Garcia. Lee Westwood. Bryson DeChambeau. Paul Casey. All are under par at the halfway stage of this historic Open. Although it would be a stretch to say that every one of them has a reasonable chance of lifting the famous Claret Jug, some of them do.

Most notably, Johnson, golf’s most famous observer of, well, nothing really, sits on nine-under par through 36-holes. And, perhaps significantly, the former Masters and U.S Open champion is the man least likely to be affected by any negative press regarding his decision to abandon the competitiveness of the PGA Tour in favour of the guaranteed LIV millions.

“I don't read,” he confirmed. “I don't look at it. It doesn't bother me because obviously, everyone has their own opinion and I have mine. And the only one I care about is mine. I really don't read anything. So, I wouldn't know if there was anything negative being said. I don't pay attention to it.” 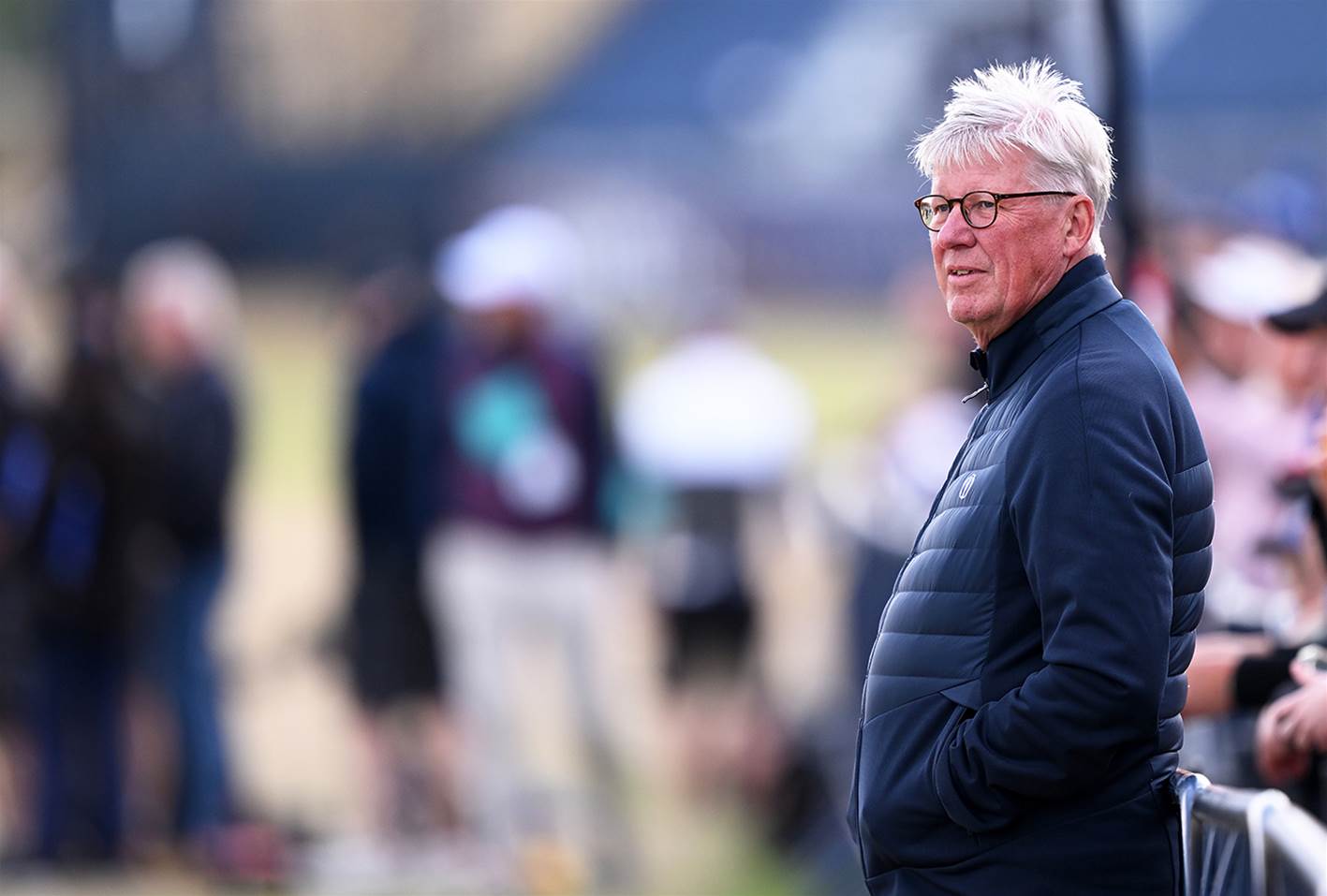 The same can’t be said of Westwood. The former World No. 1 is a bright lad and a regular on Twitter. So, he knows what is going on. And he has his own views on how he and the other LIV players have been received at St. Andrews this week. Both Poulter and Phil Mickelson (who missed the cut) were booed when introduced on the 1st tee.

“I think the media are stoking it up and doing as much as they can to aid that,” said Westwood. “I think the general public just want to go out there and see good golf no matter where it's being played or who's playing it. I've spoken to a lot of people over the last week, and there's no animosity between players. Yet stories have been written that there are.”

Westwood’s dispute carried over into a spicy conversation with a journalist during his post-round press conference. Asked if he felt as if the R&A would be unhappy if a LIV player wins the Open, the 11-time Ryder Cup player let fly.

“Who told you that? Martin Slumbers? Did he tell you the R&A wouldn't be happy?”

And he wasn’t finished when the answer to all of the above was a negative.

“Well, you just made that up then,” he continued. “So, we don't need to have that conversation, do we? I think Martin will be happy with whoever is the Champion Golfer of the Year holding the trophy aloft on Sunday night because they'll have played the best. That's what the R&A want from this championship. They want the best player to win, regardless of what tour they play on.”

Hmmm … not so sure about that one Lee. In the past few days the R&A have dis-invited Greg Norman to the Champions Dinner and four-hole challenge, as well as intimating to Mickelson that he might be best advised to stay away too. Those are not the actions of an organisation likely to look kindly on the prospect of a LIV man etching his name on golf’s most famous trophy. 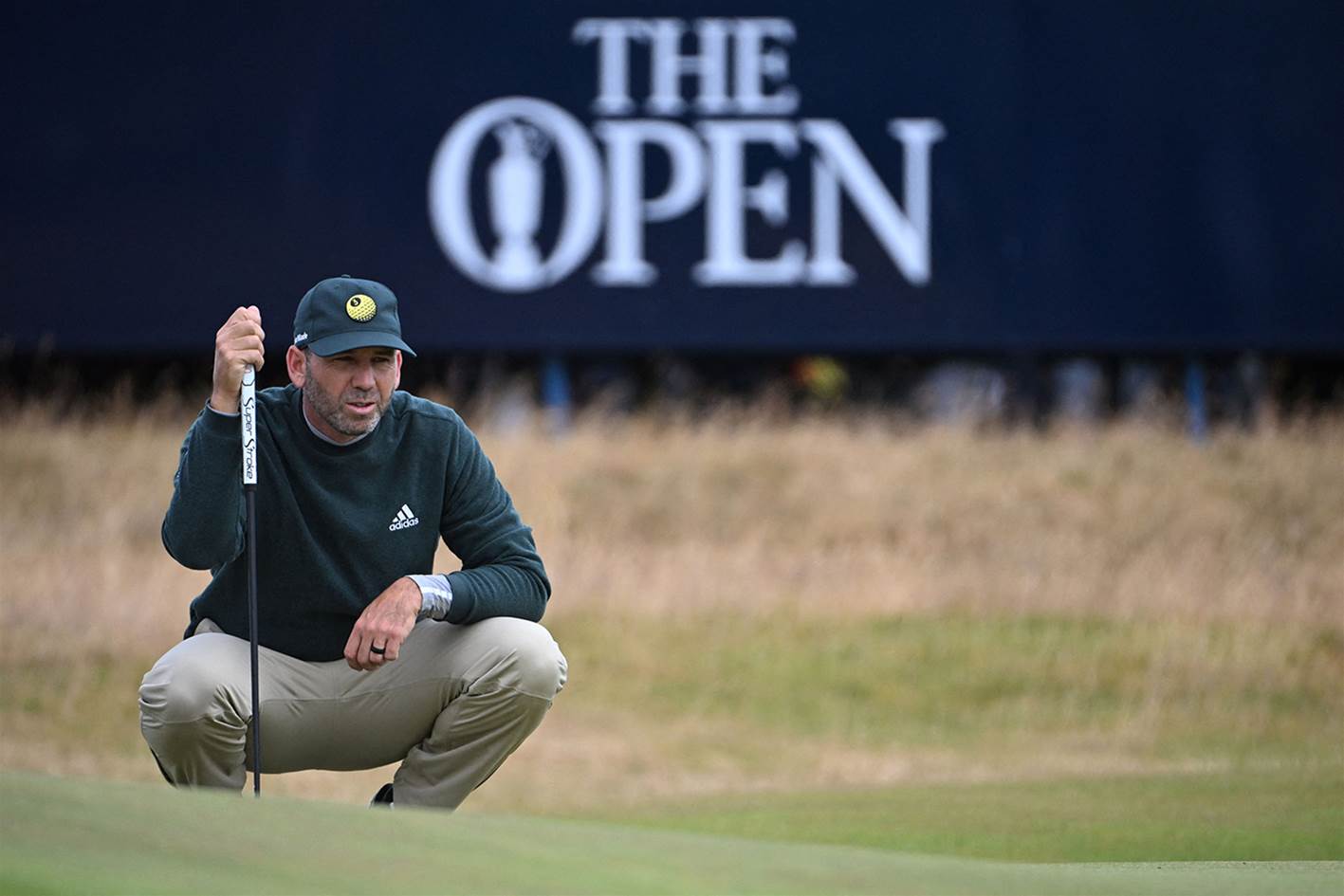 Not that Garcia, who nipped round the Old Course in 66 on day two, seems to take much notice of anything emanating from R&A HQ in St. Andrews.

“I don't care what they say,” said the Spaniard. “I don't even read. I don't know how to read anymore.”

And how has life been since you signed with LIV Sergio?

Moving right along, our next contributor is American Talor Gooch, the man who thinks the team aspect of the LIV Series is clearly comparable to the Ryder Cup, an event he has never played in. Gooch, who is seven-under par through 36 holes, also admitted he only signed on the Saudi’s dotted line when he was suspended by the PGA Tour for competing at the Centurion Club north of London in the first LIV event.

It is to be hoped that Gooch is right about that. Professional golf needs a break right now. But it isn’t going to happen before Sunday night. Clear your throat and take a deep breath, Mister Slumbers.

Smith snaps back at LIV question