On behalf of the Australian golf industry, the PGA of Australia and Golf Australia thank everybody who has put their heart and soul into all forms of recognition of the late Jarrod Lyle.

Lyle died aged 36 in August after a third fight with leukemia.

As widely reported, Lyle was a hero to some, a friend to many and a champion to all.

His fame was born in golf, but his name sadly became synonymous with cancer; not only his own three fights, but the time he gave up to help others in need, most notably through his association with Challenge, the charity which helped shape his life and thousands of other victims and their families.

Through it all, Lyle smiled. And, somehow, he made others do the same, even in their darkest hours.

The support offered to Jarrod’s wife Briony and their daughters Lusi, 6, and Jemma, 2, has been nothing short of phenomenal. Similarly, the offers of help and funding to Challenge has helped reaffirm the strongest, most positive human traits of selfless mateship, compassion and generosity.

It is naturally the Australian golf industry’s desire to continue this heartfelt response, but to do it in a co-ordinated way that benefits the people most in need.

There has already been a breath-taking response to calls to help Lyle’s wife and children, with extraordinary donations to various GoFundMe pages around the world, to radio stations SEN and the Macquarie Network who’ve both run dedicated campaigns, and through direct donations to Challenge. Titleist, Lyle’s equipment and apparel sponsor throughout his professional career, has also been exemplary in turning over profits from its yellow Lyle lines, and in donating prize packs to Challenge which has issued them to clubs hosting fundraising days in Lyle’s name.

The US PGA Tour has vowed its full support of Briony and has already honoured Lyle with yellow ribbons, many yellow shirts and even through having his tour bag as a memorial on the first tee at its recent Wyndham Championship.

Similarly, the PGA Tour of Australasia honoured Lyle at the Fiji International and has already set aside each Thursday of this summer’s events for players to don yellow clothing in Lyle’s honour and to highlight the work of Challenge.

The Australian teams at the World Amateur Teams Championships are wearing caps carrying “59” to honour Lyle, who was the 59th man to have played for Australia in that competition during his early career.

Golf Australia and the PGA of Australia are currently working on other ways to honour Lyle and promote Challenge through the tournament season ahead. Details of these plans will be announced when they’re finalised.

In the interim, we ask all golfers – and the clubs and facilities they frequent – to continue to rally to the cause.

To donate directly to Lyle’s family, money can be deposited to:

Using the hashtag #DoingItForJarrod through social media channels, and by tagging @PGAofAustralia and @GolfAust, we will endeavour to spread the word about your club or facility’s day in Lyle’s honour.

And rest assured, if there’s a great idea you’ve generated that the Australian golf community would unite behind at this trying time, we collectively stand ready to assist and promote. 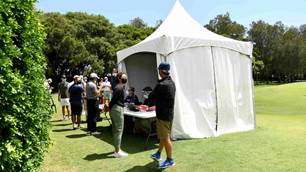 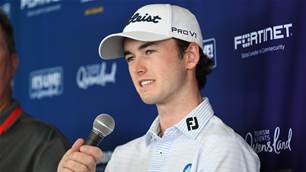 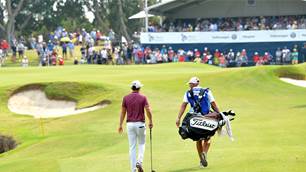 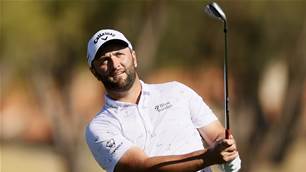