Minjee Lee is feeling unusually calm as she prepares to lead the Aussie charge at the ISPS HANDA Women’s Australian Open at Royal Adelaide this week.

Australia’s highest-ranked player – male or female – has dealt with internal and external expectations at her national Open ever since the event made the move to the ‘City of Churches’ in 2016.

But the World No.8 says that “for some reason” she has returned to Adelaide feeling comfortable with the task at hand.

“To be honest, I feel pretty relaxed this week. Usually I have a bit of pressure that I put on myself to perform,” Lee told the assembled press on Tuesday.

“I had a pretty solid week (at last week’s Vic Open, where she finished T6th) so hopefully I can get some of that form into this week.”

The Perth product has enjoyed some solid results at the courses currently used on the Women’s Open rota – Royal Adelaide (T3rd in 2017), Kooyonga (T5th in 2018) and The Grange (T15 in 2019) – but has yet to lift the Patricia Bridges Bowl. 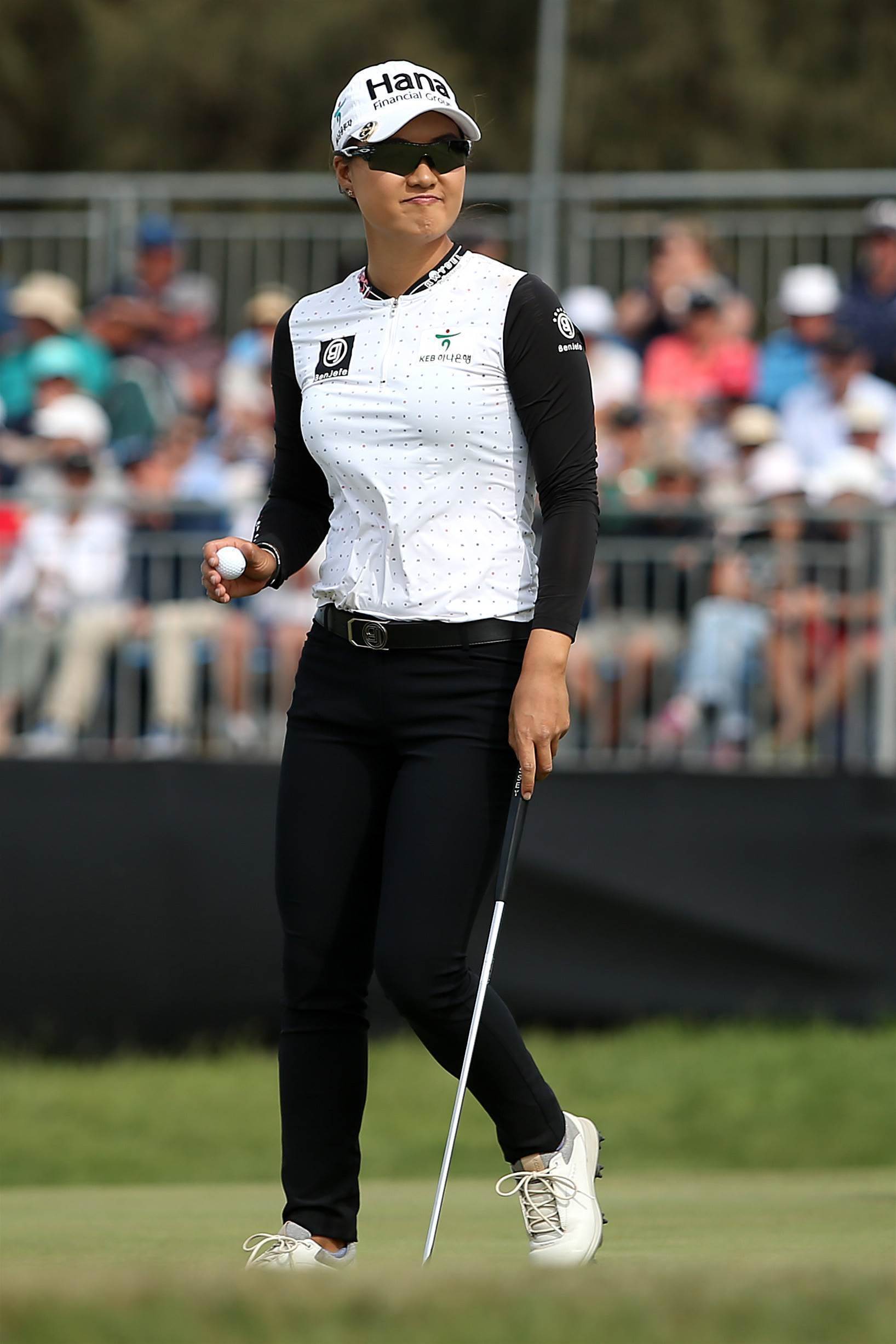 The five-time LPGA Tour winner is, of course, desperate to rectify that, as she looks to become the first Australian to win the event since Karrie Webb claimed her fifth title in 2014.

“It’s as big as a major championship because it is your home Open and it would just be a great honour to be crowned the champion of the Australian Open as an Australian,” said the 23-year-old.

“I feel like every year I am (fired up) but I don’t (win) … So maybe it’s a little bit of that pressure that I put on myself or the expectation of playing at home. But I really do feel like my game is right there and hopefully, mentally, I can just be in a strong and mature place when I play out there.”

Interestingly, in the wake of the LPGA Tour cancelling the remainder of its Asian swing due to the Coronavirus, Lee could also make appearances at the upcoming Australian Ladies Classic Bonville and/or Women’s NSW Open on the ALPG.

“At the moment I am staying at home (in Perth) for a month. But we’ll see if there’s events that I can get into at this very short notice – maybe in Australia – but I’m not really sure where it puts me right now in terms of playing more events,” Lee said.

Lee will play alongside defending champion Nelly Korda and South Korean Jeongeun Lee6 in the first two rounds of the Women’s Australian Open. The feature group will begin from the 10th tee on Thursday at 7:44am AEDT.