After years failing to step up to the level he knew he was capable of, Rankin feared his rivals had questioned his worth on the cut-throat Australasian Tour.

Those fears dissipated in a final day of dominance that saw the Queenslander claim the Tailor-made Building Services NT PGA Championship.

Rankin feels like he finally belongs alongside the professionals.

“Today was a dream. I just played so well. It’s just so good to get over the line,” an emotional Rankin said.

“I’ve been working so hard lately. I’ve just always been known as a pro-am player and never getting it done on the Tour scenes. It’s just so good to get it done.

“I was desperate to get the win this weekend. I feel like I’ve been playing really well the past couple of years and not really getting as much as I would like out of the game.

“Making that step up from pro-am golf to Tour golf and playing four days and playing the way I know I can play. I know I’ve been good enough, but it was just a matter of getting it done.”

Across the weekend, the 32-year-old shot 65, 68, 68 and a record-equalling 63 to score 20-under par – three strokes clear of Taylor Macdonald (17-under) and elite amateur Lawry Flynn (16-under par) to claim his maiden Tour title.

The victory gives Rankin full exemption onto the ISPS HANDA PGA Tour of Australasia until the end of the 2020 season.

“I was so hungry for the win. It was the win I have been chasing for so long,” he said.

Rankin started with a bang, hitting a birdie on the 1st hole then following it up with an eagle and another birdie.

He quickly leap-frogged overnight leader Andrew Martin, who slumped to sixth following a one-over par round (14-under par), and consolidated his lead by the 8th hole. 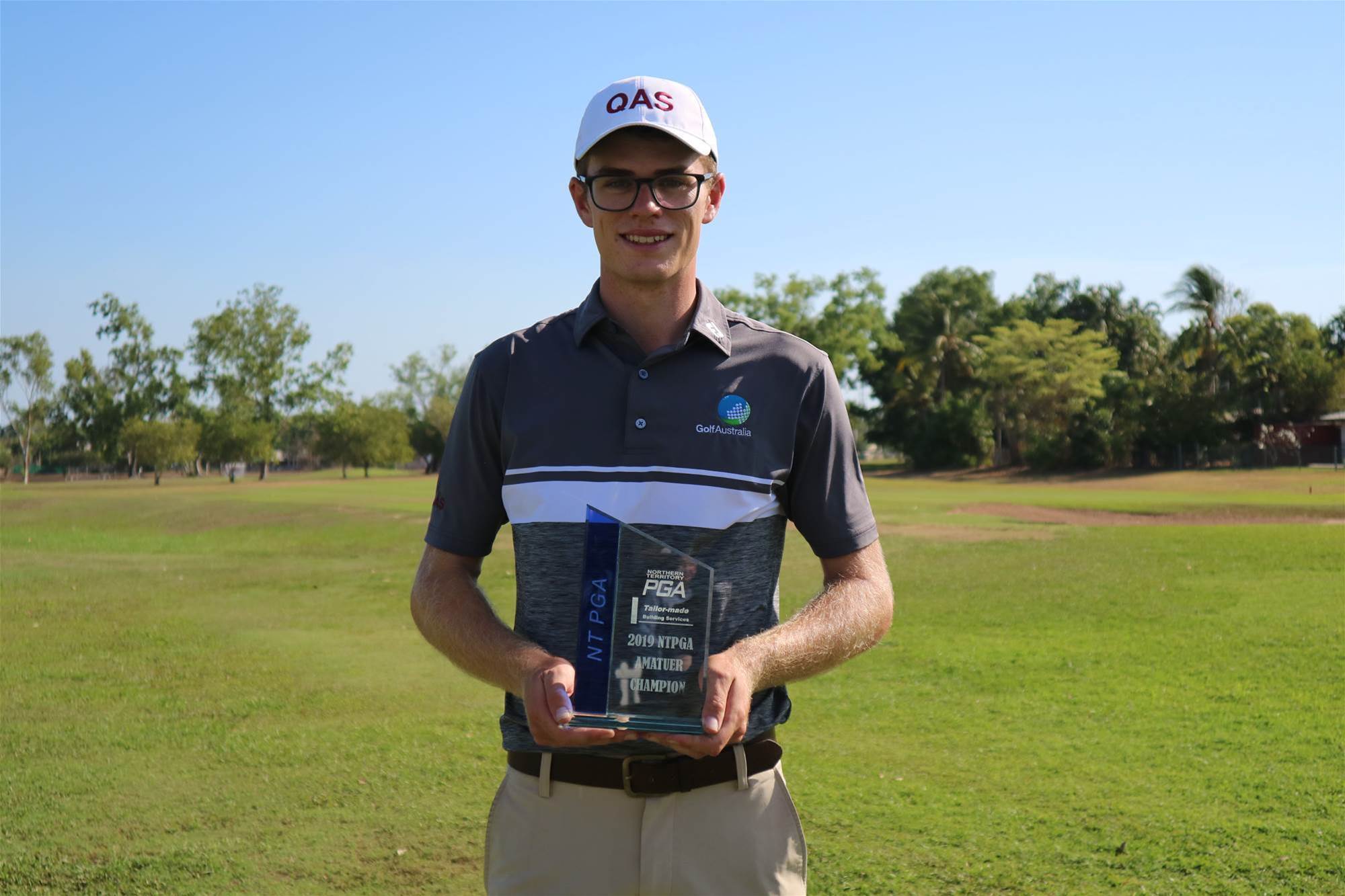 Lawry Flynn was the highest-placed amateur. PHOTOS: PGA of Australia.

Rankin kept the door ajar for young-gun Kade McBride and Adam Burdett with a 12th-hole bogey. But the hiccup only spurred the veteran on, rebounding with four birdies across the next five holes to give him an insurmountable advantage approaching the 18th green.

“I got hot towards the end. I knew I had a strong lead and I was hungry to extend it,” he said.

“To come down the final hole with a handy five-shot lead made it so much easier to combat the swirly breeze.

“The final putt was easy. I gave myself the opportunity to lay it up with a nice tap in. It was an incredible moment.”

When asked how much the win meant to him, a teary-eyed Rankin acknowledged the support of his father.

“I know my dad will be crying,” he said.

Flynn, from Queensland, was the highest-placed amateur in the star-studded field, finishing third with 16-under par.

“I was so happy to be with the second last group coming into the final day. It’s something new me. I’ve never experienced something like that before at a professional event,” Flynn said.

“I felt the pressure, but managed to not let it impact me on the course. I was hitting the right shots in the right situations, including a birdie on the 18th.”

Runner-up Macdonald was elated with his five-under round – his best performance of the four-day tournament – to give him his best placing of his career.

“I played really well. I like coming to Palmerston. If you play well, you can shoot some pretty competitive scores.

“Brett has been playing really well in the pro-ams. I tried to chase him down, but he was too far ahead. It was a deserved win.” 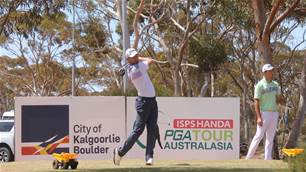