The United States Golf Association’s International Team Selection Committee today announced the 16 players who will attend a practice session on December 16-18 for the 2021 Walker Cup Match.

The three days of practice will be held at Arnold Palmer’s Bay Hill Club & Lodge and Lake Nona Country Club, in Orlando, Fla. The practice session is scheduled in advance of the annual Palmer Cup, which is scheduled for Dec. 21-23. Eight of the 16 players are competing in the Palmer Cup, also at Bay Hill, which will help to limit travel for the invitees during the COVID-19 pandemic.

Four USGA champions are among the 16 invited players and include Hagestad (2016 US Mid-Amateur); Hammer (2018 US Amateur Four-Ball); Strafaci (2020 US Amateur) and Thorbjornsen (2018 US Junior Amateur).

Hagestad is the only member of both the 2017 and 2019 USA Walker Cup Teams who will attend this practice session. Hammer and Pak, the low amateur in this year’s US Open at Winged Foot Golf Club, were members of the 2019 USA Team. Seven of the 16 players from the 2019 Walker Cup practice session made the 10-man USA Team.

“The process of team selection continues with this practice session and is an opportunity for all involved to become more familiar with each other and create team camaraderie." – John Bodenhamer, USGA

“The process of team selection continues with this practice session and is an opportunity for all involved to become more familiar with each other and create team camaraderie while adhering to health and safety protocols,” said John Bodenhamer, USGA senior managing director, Championships.

“These accomplished individuals represent a talented group of potential USA Team members, but we expect others will be considered as the selection process moves toward its conclusion.”

The 48th Match will be played at Seminole Golf Club, in Juno Beach, Fla., May 8-9, 2021. It will mark the first time that the biennial team competition between 10 amateur players representing the United States and 10 amateur players representing Great Britain and Ireland, selected by The R&A, will be held in the spring on US soil. The Match is played over two days with 18 singles matches and eight foursomes (alternate-shot) matches. The USA leads the overall series that began in 1922, 37-9-1, but it has been tremendously competitive over the last three decades, with the USA holding just a 9-7 advantage in the Match since 1989.

Captain Nathaniel Crosby, who guided the USA Team to victory in 2019 at Royal Liverpool Golf Club and played on the winning USA Team in the 1983 Match, will also attend the practice session. 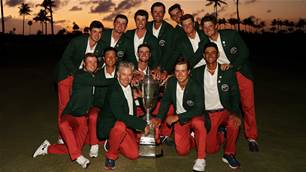 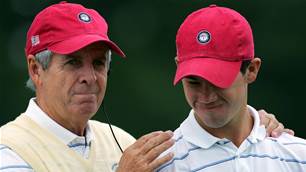