The PGA Tour remains in Hawaii for the second straight week, as Queensland's Cameron Smith prepares to defend the Sony Open at Waialae Country Club.

COURSE: Waialae Country Club, located in East Honolulu, was founded in 1927 and designed by the great Seth Raynor. The course, which will play to 6,441 metres (par-70) this week, is nestled between the Koolau mountain range and the Pacific Ocean. Waialae has hosted this event since its inception in 1965 and the layout's nines are reversed for tournament play.

The 27-year-old has an excellent record at Waialae, too, finishing T22, T18 and T27 in the years prior to his victory. South Korean Sungjae Im is one of the world’s purest ball strikers and arrives at Waialae in terrific form, following his share of fifth place at Kapalua last week.

The World No.18 – who shared Masters runner-up honours with Smith last year – finished T21 here last year and was T16 in 2019 from his only two appearances, suggesting he could very easily find himself in contention over the weekend.

Im is hitting plenty of greens in regulation this season and is one of the best players off the tee. If he can tidy up his work on and around the greens this week, look out. 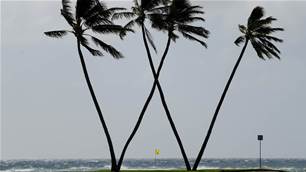