Tour founder Ewan Porter may have headed stateside for commentary work, but the adidas Junior 6s Tour rolls on this week, with a first for the burgeoning circuit taking place in Victoria.

Played over Thursday and Friday this week, the Rosebud event offers up world World Amateur Golf Ranking (WAGR) points as well as triple points on the season long Junior 6s Tour rankings. The circuit set to offer more WAGR points in the future as it continues to grow, increasing the appeal to young players who are already inline for professional tournament’s via Porter’s brainchild.

Despite tournaments being played on the PGA and WPGA Tours of Australasia this week, a strong field has descended on the Mornington Peninsula, with a number of players experienced around the host venue courtesy of starts at the TPS Victoria event played on the same layout the last two years. 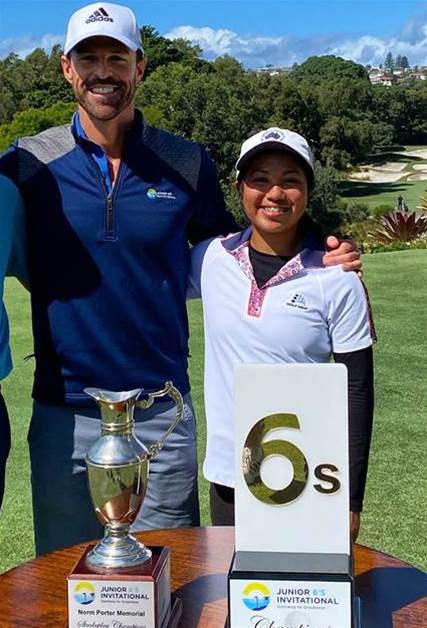 Originally designed by Jack Watson and opened in 1964, Geoff Ogilvy, Mike Cocking and Ashley Mead (OCM) were charged with updating the North Course in 2019 and continue to advise the facility.

Debuting in the Top-100 this year, the course is regularly mentioned as exceeding expectations and with the appointment of Ian Todd as superintendent after his time at Victoria Golf Club, the playing surfaces are presented immaculately.

As is always the case when playing golf on the Peninsula, wind can play a major role at Rosebud and the players in this field with greater ball flight control are likely to fare better.

PLAYERS TO WATCH: If you haven’t heard of Jeneath Wong yet, you likely will soon.

Set to head to Pepperdine University to play college golf, Wong won the Australian Girls earlier this year, was eighth at the Australian Women’s Amateur and also claimed the Masters of the Amateur and Victorian Amateur trophies in 2022.

Wong has experience around Rosebud and the chance to improve her 77th ranking via the WAGR points on offer will have her fired up this week.

Similarly impressing almost every time they take to the course, Molly McLean and Brielle Mapano shape as some of the chief challengers to Wong on the girls side.

McLean won the South Australian Amateur earlier this year and finishined in the top-20 at both the Girls and Women’s national amateur events.

Mapano is no stranger to the adidas Junior 6s Tour format and has her own growing collection of silverware at home on the mantle piece.

Three top-10s in WAGR events this year already suggest she could be in the mix again here.

With boys points leader Jeffrey Guan missing from the field here, there are a number of players who will be licking their lips at the opportunity to advance their position on the list thanks to the triple points on offer.

Jye Halls is an impressive young player who won this Tour’s national final in 2020 and was the runner-up at the NSW Amateur to Harrison Crowe, who would go on to win the NSW Open as well in 2022.

Harry Takis played some very good golf during the recent Junior Interstate Series and is one to keep an eye on here. Coming off solid results at the Australian Amateur and Australian Junior, Takis has plenty of recent tournament golf under his belt and appears on the verge of producing some of his best golf soon.