Rhein Gibson has made the trip back Down Under a little earlier to tee it up at The Brisbane Golf Club in this week’s Isuzu Queensland Open.

Back in Australia for family commitments, Gibson is taking the opportunity to get back to competitive golf following his 2018 Web.com Tour season.

“One of my best friends got married on Saturday so this fits really well into my schedule to come here, my parents live a couple of hours south and my brother is on the Gold Coast so it’s a good fit,” Gibson said.

“I’ve never played here before, I’ve played a little bit in Brisbane but never this course, I’ll play the NSW Open at Twin Creeks, I played there last year and really enjoyed it. Then of course the Australian Open and Australian PGA Championship. It’s a good run of events.

“I’ve had the last month off so it’s good to be out here.”

It’s somewhat of a hit and run mission for Gibson over the Australian summer as he needs to play a minimum of four ISPS HANDA PGA Tour of Australasia events to gain a category through the Order of Merit, he played the New Zealand Open and Fiji International presented by Fiji Airways earlier this year. 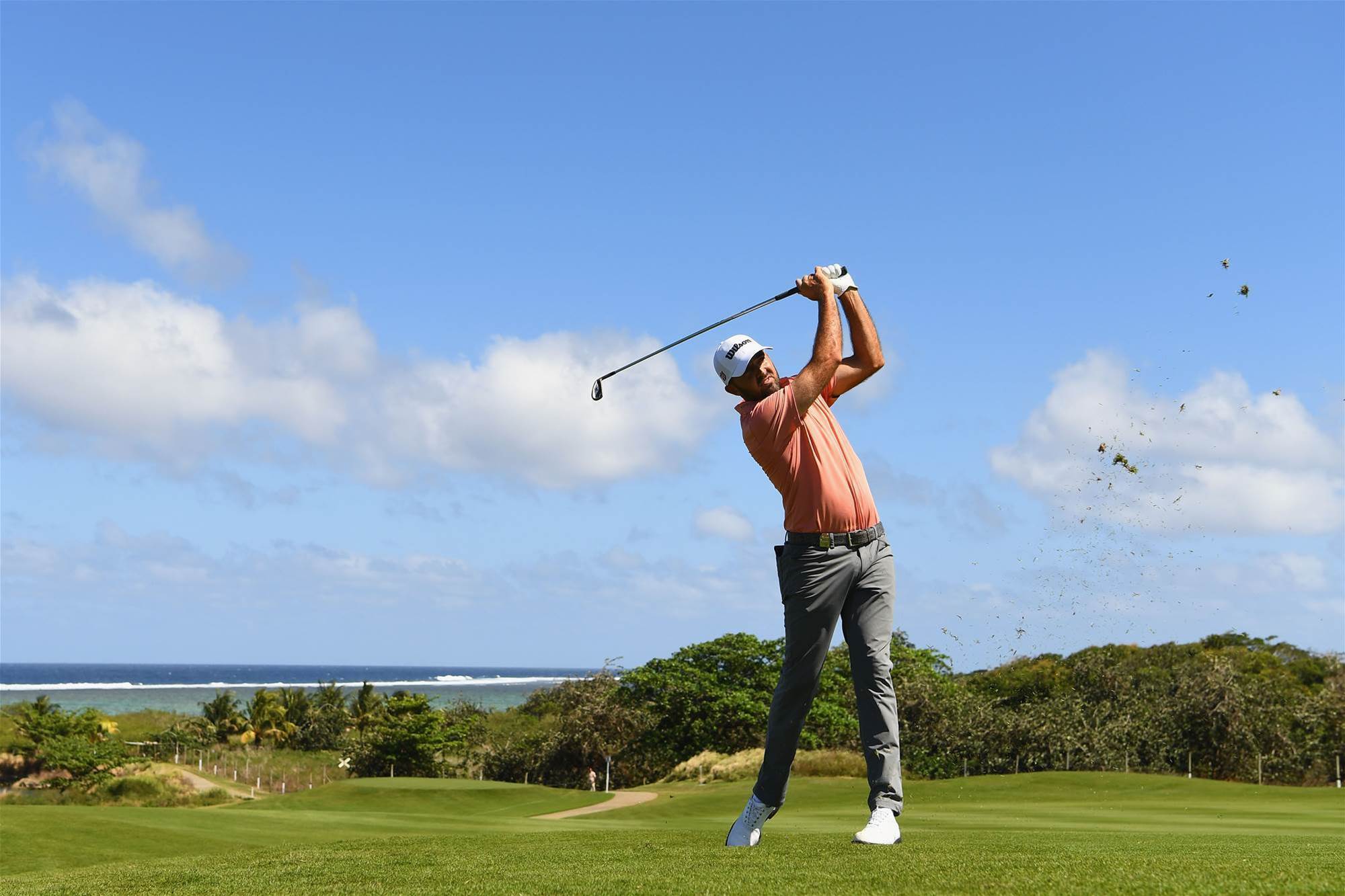 Gibson is making his third start of 2018 on the PGA Tour of Australasia, the New South Welshman teed it up in Fiji (pictured) and New Zealand earlier in the year. PHOTO: Quinn Rooney/Getty Images

With the four final Australian tournaments ahead of him, Gibson will be looking to fine-tune his game before he returns to the United States for another season on the PGA Tour’s second tier.

“It’s always a struggle to meet the four minimum requirements on this Tour while playing in the States at the same time. I knocked over two earlier this year so I don’t normally come home this early, but like I said I’ve had the last four weeks off.

“It’ll give me a really good chance to see where my game is at heading into the next three tournaments in Australia, then back to the Web.com Tour. I’m not quite sure where my game is after four weeks off and the weather is starting to turn bad back in the States so it’s good to get out of that and get down here for the Aussie summer.”

Gibson was able to lock up his card on the secondary Tour in the States for the 2019 season early on, with two consecutive top-3 finishes setting the foundation, before finishing 44th on the money list to wrap up a card next year.

“I put myself in a great position for the second half of the year, I just didn’t get the results. I felt like I played okay and put it together then had some opportunities in the Finals but I just didn’t capitalise on them,” Gibson said.

“I know the courses really well, I guess I’m kind of a veteran on that Tour now so hopefully I can get back there and have another good start and see if I can lock up that card a little bit earlier.”

Gibson touched on the competitive nature of the Web.com Tour, with so many players vying for a PGA Tour card and courses yielding low scores. Combined with a hectic schedule of tournaments, it can make for a pretty cutthroat season.

“Our full field events are 156 guys and the cut is a 65 each week, I think it’s the most competitive Tour going around. I’ve played a lot on other Tours but that first round on the Web if you don’t shoot 3-, 4- or 5-under-par you’re just chasing your tail a bit.

“It’s a difficult Tour in that regard and the scheduling makes it difficult as well, we play a really condensed season with back-to-back events, I think we finished with 14 straight events so you’ve really got to manage yourself well.

“Then if you get your PGA Tour card you’re straight back into it in the Fall over there like Curtis Luck and Cam Davis are doing right now. The Web.com Tour is sort of at the mercy of the PGA Tour in that regard, as soon as they finish, we’ve got to finish in a short period of time.”

“It’s always in the back of your mind, I mean my life is in the United States but if you gave me the opportunity for a full card on the Web or a full card in Europe, I’d take Europe every time, that’s the second biggest Tour in the world.

“Obviously I’d like to get back to the PGA TOUR but if you gave me the opportunity if I was to win the Australian PGA Championship, not saying I will, but absolutely the European Tour would be huge.”