When you're the hottest player in golf, going for the career grand slam at the PGA Championship, you might expect to be the man in the spotlight at Southern Hills Country Club this week.

But Jordan Spieth, who can become just the sixth golfer to accomplish the feat if he can hoist the Wanamaker trophy on Sunday, will be the 'other guy' when play gets underway on Thursday.

That's what happens when you are grouped with Tiger Woods and Rory McIlroy for the opening two rounds.

Because even a run at history is overshadowed by two of the game's most successful, charismatic and compelling figures.

"You've got to embrace it and have fun and recognise these are the kind of pairings you get to tell my kid about some day. I got to play with Tiger in a major," Spieth told reporters on Wednesday.

"Selfishly, it's pretty exciting to be able to play these events growing up with the guy that you idolised." 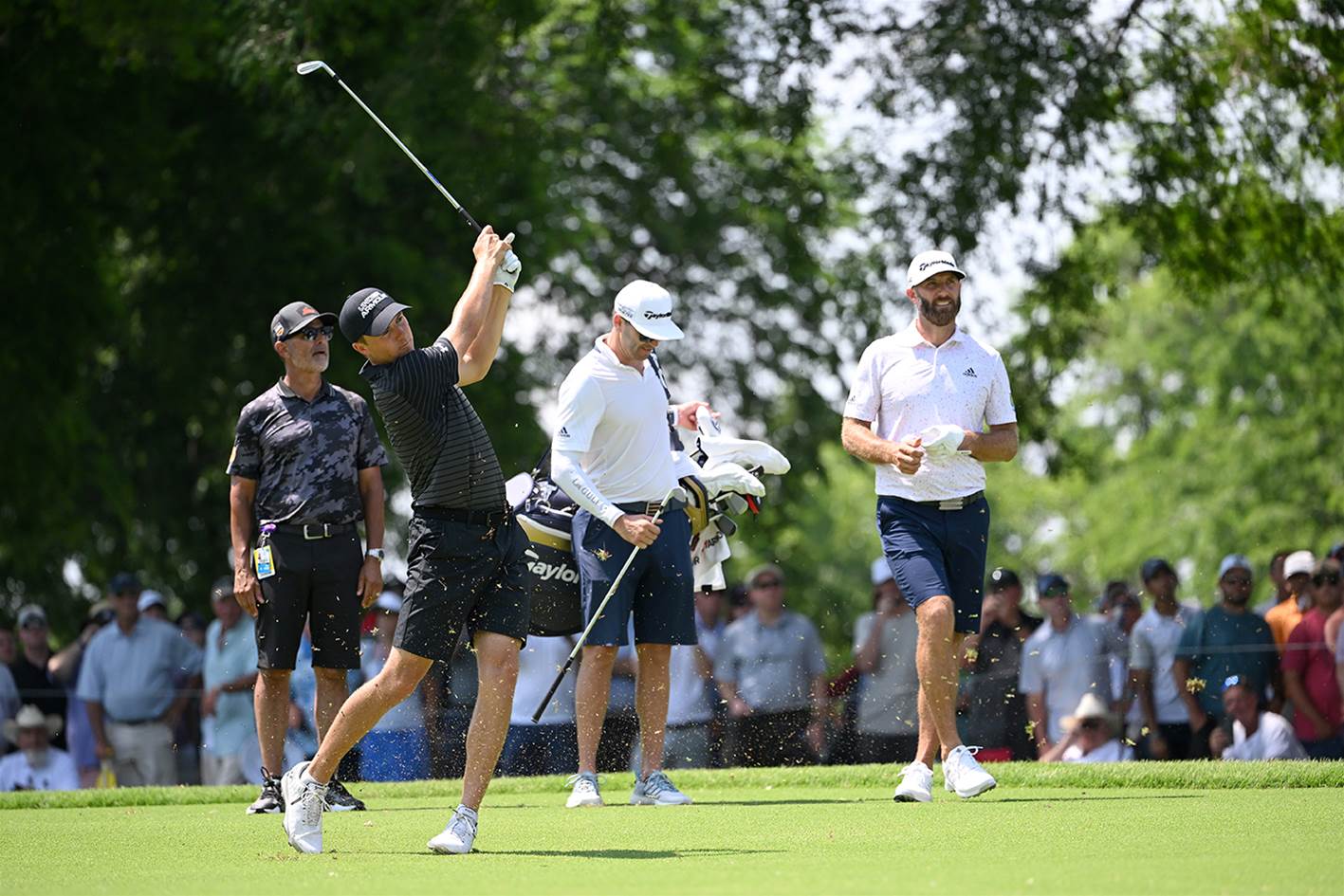 After winning the 2017 British Open, this will mark Spieth's sixth crack at joining one of golf's most elite clubs comprised of golfing greats Gene Sarazen, Ben Hogan, Gary Player, Jack Nicklaus and Woods.

Runner-up at the 2015 PGA Championship and third in 2019, Spieth has been knocking at the door but his form coming into this year's event may give him his best opportunity yet.

Since missing the cut at the Masters, Spieth has won at Hilton Head Island and finished second at the Byron Nelson in his PGA Championship tune-up.

"When it's Wednesday it's hard to say it's the best chance because you've got to play three nice rounds to have a chance on Sunday," said Spieth.

Perhaps no-one at Southern Hills will better understand the challenge facing Spieth than McIlroy, who has been trying to complete his career grand slam for eight years, needing a win at the Masters.

"Having won the other three, it's an elephant in the room for me," Spieth said. "It's a goal of mine.

"If you just told me I was going to win one tournament the rest of my life, I'd say I want to win this one, given where things are at.

"You feel like you kind of accomplished golf when you win a career grand slam."

Woods winces to opening 74 at PGA

Gallery: PGA Championship Round One