This week sees 2019's golf calendar draw to a close with the Australian PGA Championship and Thailand Masters on the Asian Tour. See who our so-called experts fancy. Plus, their best bets of the week. After a good showing at the Presidents Cup, Adam Scott is a favourite of our tipsters playing at home this week. PHOTO: Chris Hyde/Getty Images.

Brendan James – Golf Australia magazine editor: There was plenty to like about ADAM SCOTT’s play during the first three days of the Presidents Cup. Hopefully, he will have put the disappointment of the Internationals loss behind him and figure in the finish at Royal Pines.

Jimmy Emanuel – Golf Australia magazine deputy editor : ADAM SCOTT appears to be absolutely dialled in this week. The Queenslander has spoken positively about finding something in his game last week in Melbourne and is a past winner. Should get it done by plenty.

Rod Morri – Golf Australia magazine contributor and The Thing About Golf podcast host: RYAN FOX. Voted player of the year at Greg Norman Medal and after a run of less than stellar form is due to turn things around. Brendan James – Golf Australia magazine editor: One of the in-form players anywhere in the world at the moment is JAZZ JANEWATTANANOND, whose victory in the Indonesian Masters last week earned him a start at the Masters in Augusta next April. Three Asian Tour wins this year sees him leading the Order of Merit and I reckon who will pass $1million in prizemoney for the year with victory in Pattaya.

Jimmy Emanuel – Golf Australia magazine deputy editor : There is plenty of support for rising Thai star Jazz Janewattananond, but I am going for his countryman KIRADECH APHIBARNRAT here. Having taken some time off after the PGA Tour season, I see the 'Barn Rat' finishing the year off on a high here.

Michael Jones – Golf Australia magazine writer: It would be foolish to jump off JAZZ JANEWATTANANOND after his victory in Indonesia last week. He will record his fourth victory of the season on home soil.

Jimmy Emanuel – Golf Australia magazine deputy editor : JAKE McLEOD to have the low round of his group on day one at $4.33 is great value to me. The Queenslander has player well here before and has some decent lead in form, while playing partner Jason Scrivener could be slow to get going after his buck's party last week.

Michael Jones – Golf Australia magazine writer: ZACH MURRAY is paying $6 to finish inside the top-20 at the Australian PGA Championship this week. He currently trails Order of Merit leader Ryan Fox by $75,000 and could earn membership on the European Tour by leapfrogging him … This is Murray’s biggest event of the year and I reckon he will rise to the occasion. 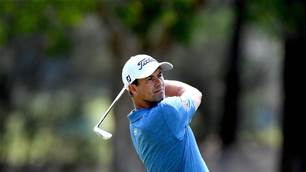